A president whose actions scream for oversight

It's one area where the Democratic Congress utterly failed. But is there any hope a GOP House will do better? 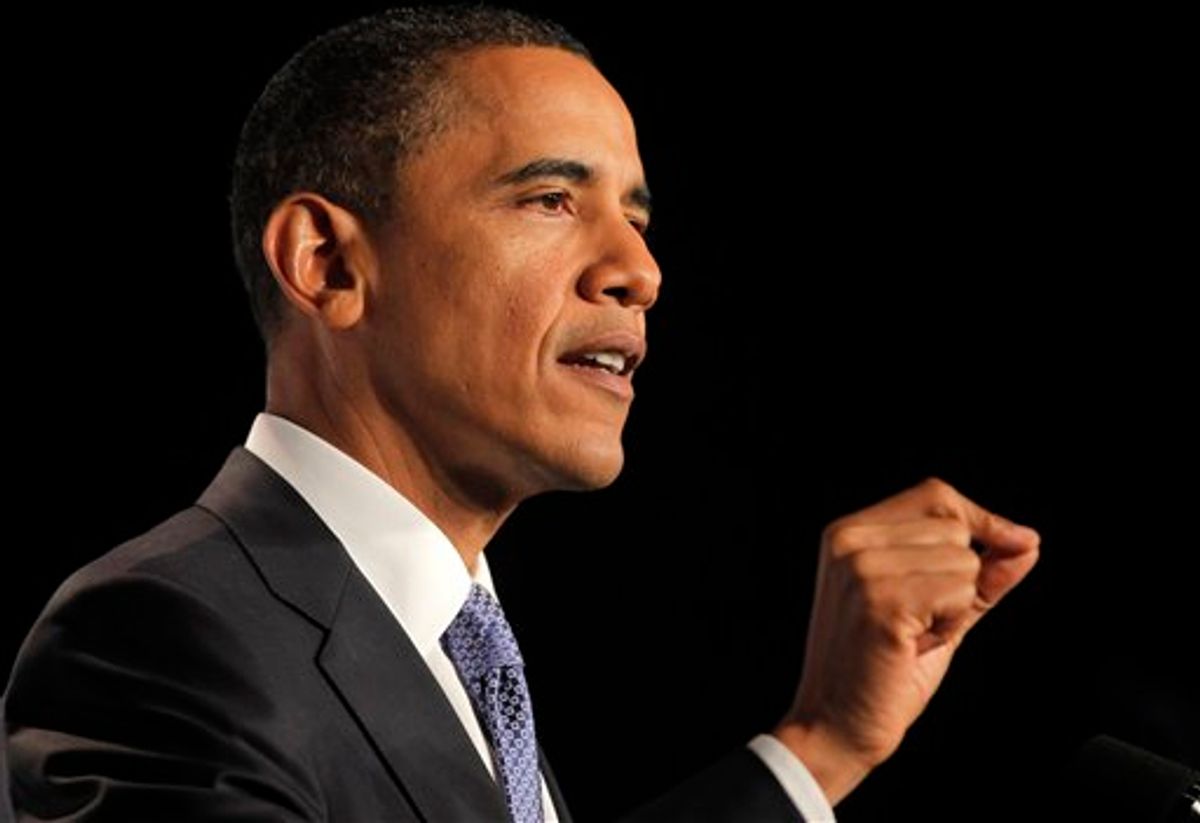 Congress won’t be passing much big legislation over the next couple of years. Various factions within either party might try, but most of these efforts will likely collapse either under the throat-clearing embarrassment of the party leadership or the larger institutional barriers created by a divided government. Much of the activity on the legislative branch, therefore, will focus on other Constitutionally-mandated duties -- chief among them, oversight.

Now that the House Committee on Oversight and Government Reform is under the control of a party besides the president’s, it figures to come out of hibernation and get back to major, widely publicized interrogations of the executive branch’s activities. The big question is whether incoming committee chairman, Republican Darrell Issa of California, is more interested in muckraking or witch-hunting.

He’s stressed the former in the press, telling reporters: "My job is to make the president a success." I'm skeptical that he's truly serious about that; but if he is, then one would imagine he might be interested in shining a light on some of the more insidious examples of the federal government’s abuse of power, even when doing so yields no immediate advantage for the Republican Party. If that's the case, I have a few humble suggestions on where he could start.

For example, it might be nice if Issa asked the Obama administration why they think they have the legal authority to assassinate American citizens. Or maybe he could ask why the administration’s definition of what constitutes a state secret is so expansive that a torture victim can’t sue his torturers in federal court. And while we’re on the topic of the CIA, I wouldn’t mind seeing Issa hold a couple of hearings on the agency’s broad mandate to wage undeclared secret wars and order drone strikes with virtually no oversight.

Of course, I don’t have much reason to be optimistic regarding my committee hearing wish list. Issa, recall, is from the party of George W. Bush -- the guy who recently admitted to authorizing torture. The Republican Party has spent much of the past decade scrambling to either defend or obfuscate their president’s wrongdoings; and when they’ve criticized Obama on national security, it’s been for giving too much deference to civil liberties. Evidently they’re willing to let huge overreaches of executive power slide as long as he doesn’t attempt to close Guantanamo Bay or try Khalid Sheikh Mohammed in a civilian court.

Nor does the newly minted minority party in the House seem particularly interested in pursuing these cases. If they had wanted to, they could have done it sometime in the past two years. But the modern president dictates his party’s agenda, even in the legislative branch; no way in hell would the Democratic caucus ever jeopardize his agenda by demanding that his administration answer for their wrongdoing. Nor would they see much reason to relitigate the past; not when exposing the Bush administration’s abuses of power would not only distract from Obama’s legislative agenda but also limit his freedom to engage in those same abuses. Besides, the Democratic caucus can’t even reach unanimous consent that these betrayals of the public trust are a bad thing.

But as naïve as it may be, I’ve got to ask. After all, this time around there’s no ambitious legislative agenda to derail by putting congressional oversight front and center. Since the Democrats will have plenty of other matters on their hands when they retake the House in 2012 -- which I’m fairly confident they will -- this legislative session may be the last best chance to reverse the precedent of the past few years, in which American presidents discovered they could aggressively warp the rule of law and face no consequences.