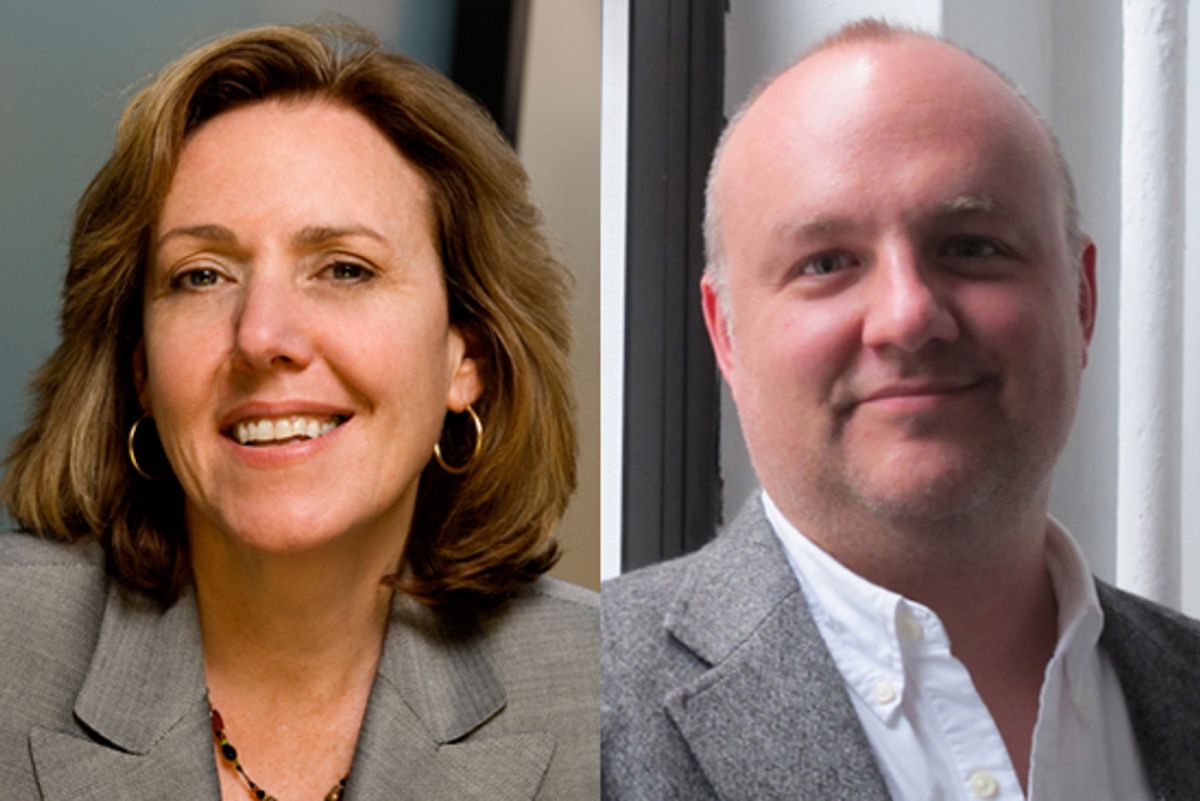 Today Salon announced the promotion of Kerry Lauerman as editor in chief of Salon.com. Joan Walsh, the editor in chief since 2005, is stepping down from editorial management to write a book. Joan will remain editor at large, and continue to blog for the site on a regular basis and continue with her many television appearances representing Salon. Kerry is an extremely talented editor and I’m very pleased to see him take the reins.

Here is the full text of our announcement:

SAN FRANCISCO – November 8, 2010 – Salon Media Group (SLNM.OB) announced today it is promoting Kerry Lauerman to take over as editor in chief of Salon.com. Joan Walsh, the editor in chief since 2005, is stepping down from editorial management to write a book. She will remain editor at large, blogging for the site regularly.

Lauerman first joined Salon in 2000 to become its Washington Bureau Chief, and has run virtually every editorial department at Salon. In 2008 he founded Open Salon, the site's blog network, which garnered a National Magazine Award nomination in its first year, and last year became Salon's executive editor. Before joining Salon, Lauerman was investigative editor at Mother Jones; managing editor at the late Forbes ASAP; and a story editor at the New York Times Magazine.

"It's a huge honor," said Lauerman. "I can't imagine working with a better staff, or with a smarter, more engaged audience."

"Salon has experienced excellent audience growth over the last year, introducing a redesigned website, sharpening its political coverage but also expanding its lifestyle and cultural coverage. Kerry has been an important part of that effort. I have every confidence Salon’s growth will continue under his leadership," said Richard Gingras, CEO of the Salon Media Group. "We’re also pleased that Joan will continue as one of Salon’s most eloquent voices and insightful political commentators."

Walsh took the reins as editor in chief in February 2005, and focused and defined Salon as a leading news and opinion site. Most memorably, in April 2006, Salon.com published a large collection of 279 photographs and 19 videos taken at the Abu Ghraib prison site; the publication was attacked viciously by conservative critics, but lauded by civil liberties experts and academics. Walsh also emerged as Salon's most prominent spokesperson, appearing regularly on cable news shows discussing national politics.

While continuing her political commentary for Salon, Walsh will work on a book, "Indivisible," an indictment of the fear-based politics that splits Americans and holds the country back, illustrated by her own Irish Catholic family's political and economic odyssey, from the election of John F. Kennedy through the backlash against Barack Obama. It will be published by John Wiley and Sons in early 2012.

"This has been the best job I've ever had and it's hard to leave it, but I'm lucky to be able to hand the reins to Kerry," Walsh said. "Right now my heart is in reminding Americans that we grow as a country when we pull together, and we fall behind when we fear one another. I'm watching us give up on our great genius for cultural mixing and optimism about the future, at the time we need it most."

Richard Gingras is the CEO of Salon Media Group.