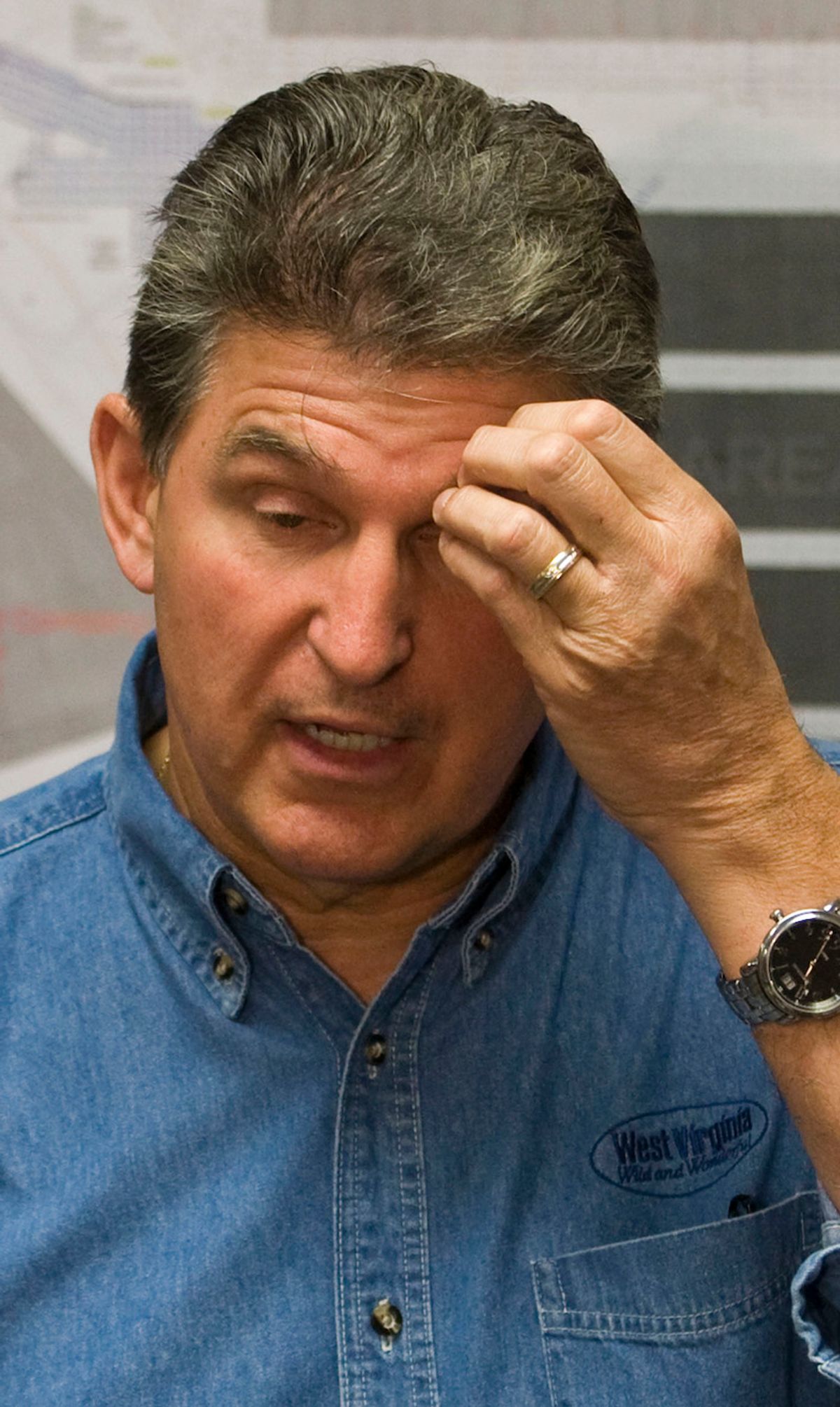 West Virginia Governor Joe Manchin gestures as he speaks during a news conference in Montcoal, West Virginia on April 7, 2010. Drills broke through into a West Virginia mine early on Wednesday but rescuers detected no sign of the four miners missing since an explosion killed 25 people in a major U.S. mine disaster. REUTERS/Chris Keane (UNITED STATES - Tags: DISASTER ENERGY POLITICS) (Â© Chris Keane / Reuters)
--

If the GOP can get three Democratic senators to switch parties, the upper chamber will be locked in a 50-50 stalemate (as opposed to its current 53-47 stalemate). Sen.-elect Joe Manchin is from conservative West Virginia. While his seat has been Democratic for generations, Republicans do love them some earth-poisoning coal. So the GOP is trying to convince Manchin to switch parties, in exchange for lots of great stuff, like more free government money for coal.

Aside from his pick of committee assignments (likely the Energy and Natural Resources Committee), Manchin might get support for one of his pet projects - a plant to convert coal to diesel fuel that has stalled under Democratic leadership in Washington.

It's one of Manchin's pet projects and could mean big money for the state's coal producers.

"Republicans believe in an ‘all of the above' approach to energy," one top Senate aide told Power Play. "And coal-to-diesel could certainly be part of that."

Manchin's switch could mean Republican support for not just $1 billion in seed money for the project but also a deal, much sought in coal country, to require the armed forces to use converted coal for fuel.

Manchin will probably just use these overtures as leverage in his attempts to get the Democrats to continue sending his depressed state millions of dollars for coal. A Manchin advisor said he was elected as a Democrat, but also makes vague threats about the party being "receptive."

But this seems to be a pretty clear example of quid pro quo -- I demand Darrell Issa investigate immediately.