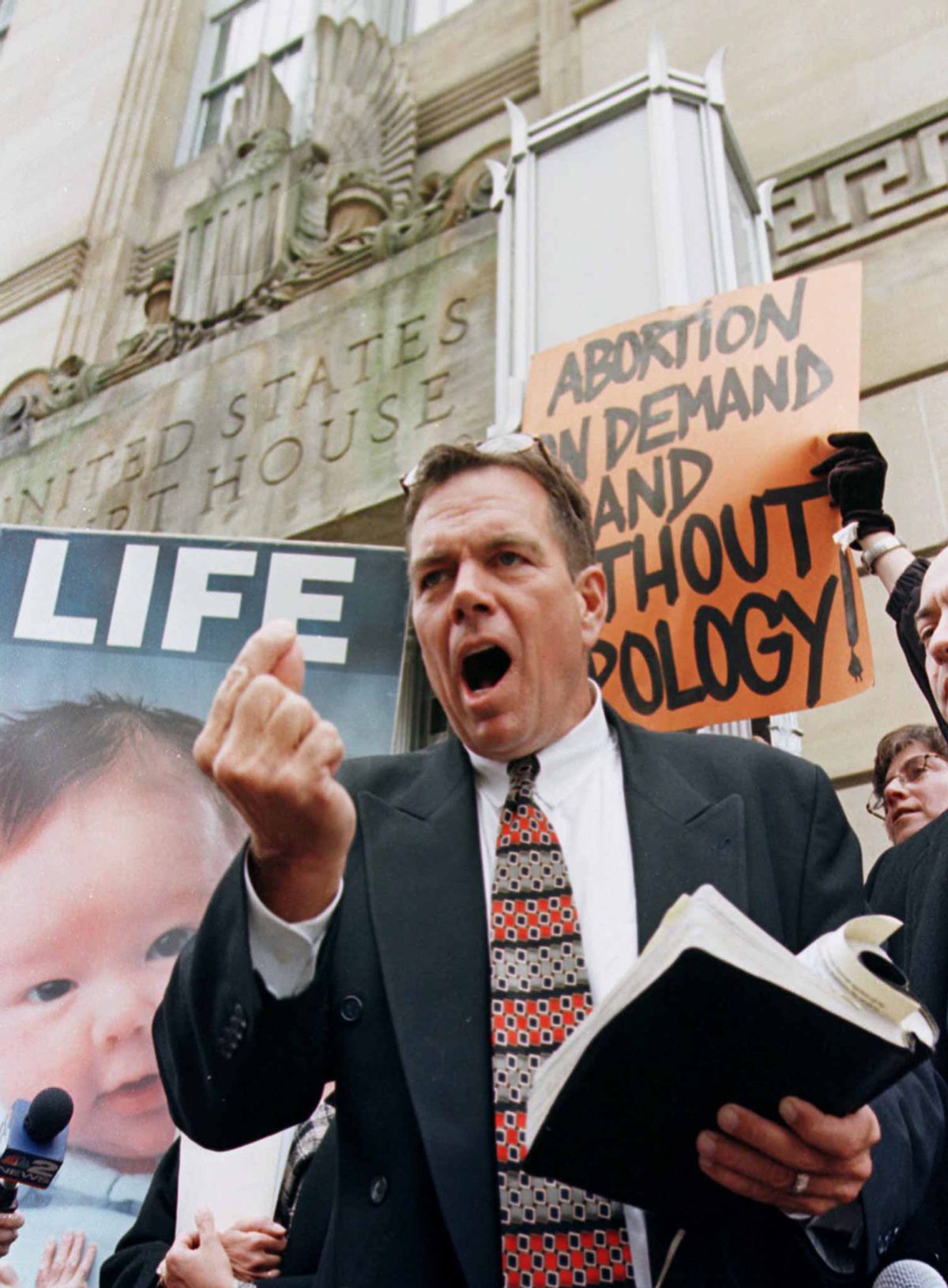 Rev. Flip Benham, national director of Operation Rescue, condemns the U.S. Federal Court ruling regarding abortion clinics, on the steps of the U.S, courthouse in Buffalo, New York April 18 as he prepares for a week of "Operation Save America." The October shooting of Dr. Barnett Slepian, a Buffalo abortion doctor, has brought out both sides for protests at women's health clinics. (Â© Joe Traver / Reuters)
--

Distributing "wanted" posters of doctors who perform abortions is not free speech, a North Carolina court ruled Monday. Philip "Flip" Benham of Operation Save America (formerly Operation Rescue) was "just found guilty of two charges of criminal stalking with intent to cause emotional distress and disruption of domestic tranquility for residential picketing," reports Ms. Magazine. Benham, who papered the neighborhoods of the doctors' offices and homes with the flyers, got two years of probation and was ordered to stay away from the doctors in question.

The Old-West-style posters featured the word "wanted" in all-caps and included were the docs' photos, phone numbers and addresses. It read in part:

Their specialties are Obstetrics, Gynecology, and Murder. Not only do these two men assist women and deliver babies, but they also harm women and kill babies. ... Jesus Christ WANT these two men to turn their lives over to Him and STOP KILLING HIS CHILDREN!! We are asking you to help us expose both Dr. [Redacted] and Dr. [Redacted] to the powerful Gospel of Christ, to His love and His mercy, so they can use their wonderful gifts and talents to bring life rather than death.

Benham refrained from actually put a price on their heads -- but it's easy to understand why the doctors felt threatened, even without taking into consideration the recent murder of Dr. George Tiller. As NPR points out, the last times posters of this sort made the rounds was in the late 1990s, when several abortion providers were murdered.