How in the world is the younger Palin still on "Dancing With The Stars"? Her mama might have some answers 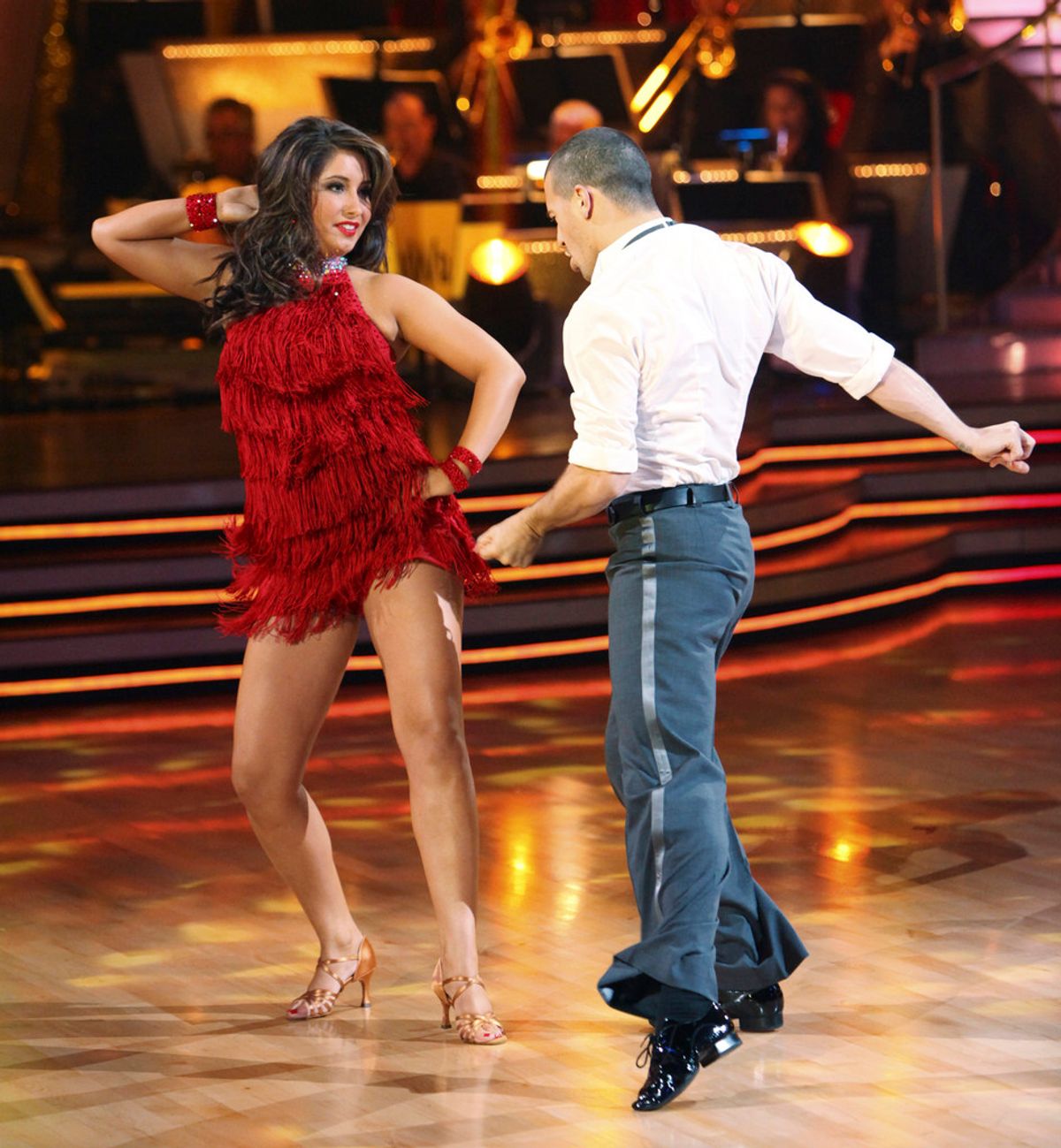 DANCING WITH THE STARS - "Episode 1101" - The Season 11 star-studded cast and their professional partners get ready to break in their dancing shoes on ABC's "Dancing with the Stars" for the long awaited two-hour season premiere, MONDAY, SEPTEMBER 20 (8:00-10:01 p.m., ET) on the ABC Television Network. (ABC/ADAM LARKEY) BRISTOL PALIN, MARK BALLAS (Adam Larkey)
--

"Operation Bristol" is a go, Benji Sarlin of the Daily Beast writes, and it's keeing the cub of the most famous Mama Grizzly in the land pitter-pattering away on America's No. 1 show, "Dancing With The Stars."

Bristol Palin, who despite painfully flubbing her way through waltzes and cha-chas, has miraculously secured a spot in the final five of the weekly competition. She has consistantly gotten the lowest scores from the "DWTS" judges, yet "America" keeps her chugging along and booting off more, uh, talented contestants like Audrina Patridge. Thank God "The Situation" is still around.

A conspiracy theory has emerged that the GOP is behind Bristol's puzzling success. It's inconceivable to many viewers that after moments like the gorilla suit incident she wasn't yanked off the stage with one of those old-timey hook things. While it is entirely possible that viewers actually enjoy watching Bristol bust a move, that's a little hard to swallow. Could something more nefarious be afoot? Like a groundswell Republican movement to keep a Palin winning and in the public eye?

One conservative who's adding fuel to the conspiracy's fire is Tammy Bruce, a blogger with more than 14,000 followers who has launched "Operation Bristol." Last Monday night, she tweeted, "Operation Bristol waltzes in tonight!" followd by voting information for her followers. Her campaign has been picked up by Conservatives4Palin and us4Palin, sites devoted to supporting a 2012 presidential run by Palin the Elder and now, apparently, Bristol's ascendence to the "DWTS" throne.

Here is Bristol's most memorable performance on "Dancing With the Stars." Enjoy ...?