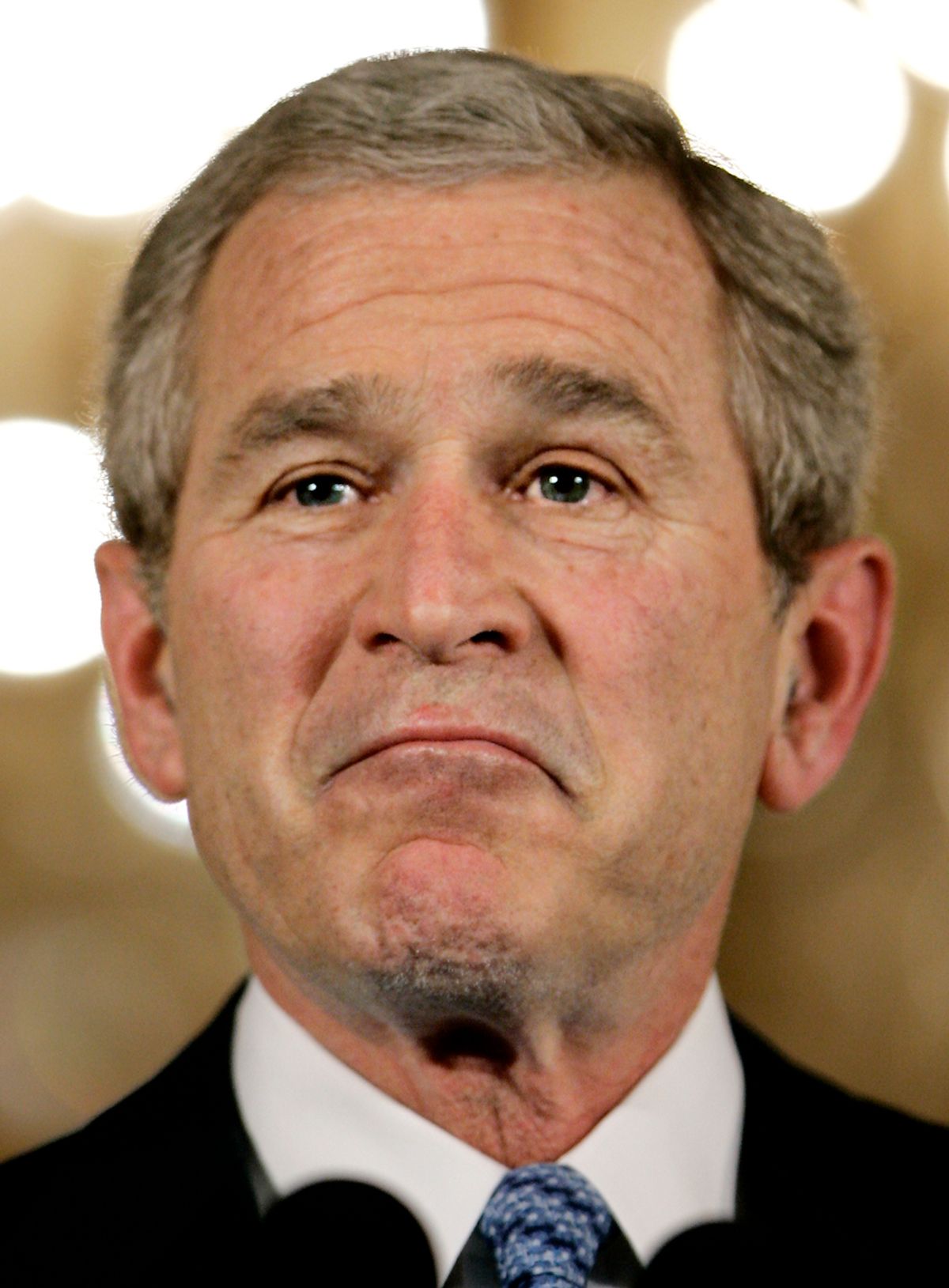 Yesterday we rounded up the pre-released revelations from George W. Bush's new memoir. "Decision Points" was published today and we spent the morning combing through the mostly ho-hum memoir to find some of the more interesting tidbits. Here we go:

Bush reads Ann Coulter: Discussing the doomed nomination of Harriet Miers to be a Supreme Court justice, Bush quotes a Coulter column (this one), but does not name her:

Harriet had not gone to an Ivy League law school. Her personal style compounded the doubts. She is not glib. She is not fancy. She thinks hard before she speaks -- a trait so rare in Washington that it was mistaken for intellectual slowness. As one conservative critic condescendingly put it, "However nice, helpful, prompt, and tidy she is, Harriet Miers isn't qualified to play a Supreme Court justice on The West Wing, let alone to be a real one."

He takes a swipe at Hillary: But not by name. It comes when he pointedly quotes the remark of "one New York senator" in the wake of the 2007 MoveOn ad attacking Gen. David Petraeus.

Democrats in Congress tried to avoid endorsing the ad while supporting the antiwar sentiment behind it. One New York senator denounced the ad but said Petraeus's report required "the willing suspension of disbelief."

He found Mary Landrieu overly emotional: Of a meeting with Louisiana officials in the wake of Katrina, Bush writes:

Mary Landrieu interrupted with unproductive emotional outbursts. "Would you please be quiet?" I had to say to her at one point.

He was grateful to Elie Wiesel: For the famous Holocaust survivor's strong support for the invasion of Iraq war. Bush writes:

One of the most fascinating people I met with was Elie Wiesel, the author, Holocaust survivor, and deserving Nobel Peace Prize recipient. Elie is a sober and gentle man. But there was passion in his seventy-four-year-old eyes when he compared Saddam Hussein's brutality to the Nazi genocide. "Mr. President," he said, "you have a moral obligation to act against evil." The force of his conviction affected me deeply. Here was a man who had devoted his life to peace urging me to intervene in Iraq. As he later explained in an op-ed: "Though I oppose war, I am in favor of intervention when, as in this case because of Hussein's equivocations and procrastinations, no other option remains."

The biggest question during the anthrax attack was where it was coming from. One of the best intelligence services in Europe told us it suspected Iraq. Saddam Hussein's regime was one of few in the world with a record of using weapons of mass destruction, and it had acknowledged possession of anthrax in 1995. Others suspected that al Qaeda was involved. Frustratingly, we had no concrete evidence and few good leads.

[Footnote: In 2010, after an exhaustive investigation, the Justice Department and FBI concluded that Dr. Bruce Ivins, a U.S. government scientist who committed suicide in 2008, had executed the anthrax attack alone.]

In a now infamous report in October 2001, ABC had reported, citing anonymous sources, that the anthrax was linked to Iraq. The revelation from Bush about the European intel service raises more questions: Were ABC's sources in Europe? Were they administration officials passing along what they heard from the Europeans? On what evidence was that false intelligence based?

There's a lot more here, so if you're reading a copy of Bush's book and see something interesting, shoot us an e-mail.