"Dancing with the Stars": Why is Bristol still here? 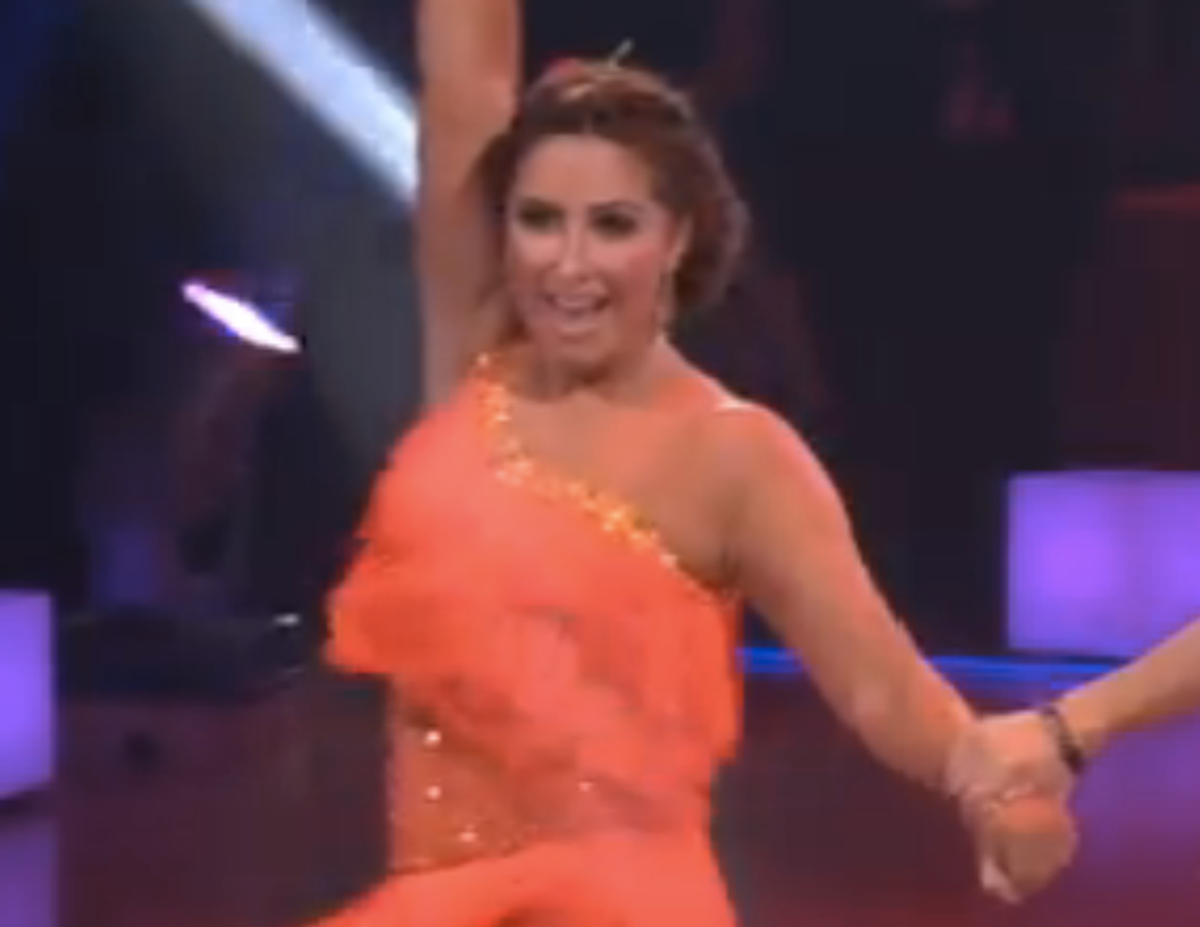 Bristol Palin performs on "Dancing With the Stars."
--

Each week, I end my recap by predicting the "bottom three" dancers as decided by judge and viewer votes. And each week, someone points out that I've listed the same three names over and over again. Because none of them ever go home.

Apparently I'm out of touch with the "American People" -- which probably is not that surprising since my composite of the "American People" is a doughy, white, Latino-hating, gay weary, Whopper eating, "Teen Mom" watching, Bible spitting, tea-party yelling mob from some buck-toothed state in the middle of the country who are constantly whining about how the rest of us -- the "non-American People" -- are ruining "their" country.

And how Obama spends his days kneeling on his Muslim prayer rug chanting for more dead babies, a Federal Government takeover and an arugula salad in every bowl. Because he's a hippie, elitist, commie terrorist. And a Nigerian citizen. And a black Panther who hates small business owners, wants to shackle the family doctor to an assembly line, rape Suburban mothers and take their husband's money -- before catching a quick pick-up basketball game with LeBron James, Lil Wayne and the rest of the black mafia -- while racking up taxpayer bills for his uppity wife's fancy Spanish wardrobe on the blood, sweat and tears of the hardworking, Coors swilling, Joe six packs who built this country, dammit.

How do I come to this conclusion, you ask? Because Bristol Palin and Kurt Warner are still on "Dancing with the Stars" and Rick Fox is gone. And this country elected Rand Paul to the Senate.

This week, our intrepid five-some was tasked with two full dances, including an "instant dance" to a song that was revealed only 20 minutes before they went on stage -- apparently making it more like a real ballroom competition.

Kyle and Lacey performed a Viennese Waltz for their first dance. Last time Kyle performed a waltz for the judges, Len popped a vein before calling his footwork "atrocious," so Lacey went Herr Kommandant on him this week -- perhaps sensing that they have a real shot at winning.

And after the first dance, they may be right. I rarely look at the feet during these routines, but as we get into the final weeks it seems the feet hold all of the cards. And Kyle seems to be right on point -- flowing effortlessly from one turn to the next, holding his carriage perfectly erect and maintaining the charm that has made him an audience favorite from week 1. Nobody has grown more on this show than Kyle.

Their "instant dance" was a jive to "Good Golly Miss Molly" -- a song with a completely different tempo and feel to the one they rehearsed to. Hard to believe as they hit every fast step and blew both audience and judges away.

Once again, we start Jennifer's rehearsal segment with her calling the wah-mbulance -- this time complaining about a problem with her knee. It's always hard to tell with Jennifer how much is anticipatory injury and what is immediate concern -- perhaps a by-product of her escalating health problems over the past year. I don't think she trusts her body anymore, and the first sign of trouble seems to take her instantly to the worst-case scenario. But luckily Dad Joel Grey came by and reminded her who she was and that the show must go on -- and he seemed to be just what she needed to believe it.

Jennifer and Derek's first dance was a quickstep -- arguably the dance with the hardest footwork of all. And even with the knee remaining a constant issue up through the last day of rehearsal, they pulled it off -- presumably with a hefty cortisone shot to ease her through. To her credit, when asked how close she came to pulling out of the competition, she answered that she had stopped considering that last week -- and that she's going all the way come bum knee, hell or high fever.

Jennifer and Derek's instant dance was a rumba to "Waiting for a Girl Like You" -- a challenging selection for them as it seemed to slow down every move to the point of almost stopping the dance. But since the rumba is meant to be slow and sensual, it worked.

Kurt and Anna danced a Waltz. I've exhausted my adjectives to describe Kurt's dancing -- lumbering, slow, clumsy, awkward, god-forsakenly awful -- and nothing's changed this week. Once again, the judges talked about how hard he tries and how far he's come since the beginning. Zzzzzz …

Their instant dance was a cha cha cha to "Hella Good" -- and I'm loath to say it, but it was hella not bad. Kurt's hips moved. His face showed joy. His feet actually left the floor. Hell, he might have even made an angel blush. It was still nowhere near the leaders, but it was better than expected.

Bristol and Mark danced an Argentine Tango. The only thing I can say about the performance is that it was better than Kurt's -- which is like saying that in the history of sit-coms, "Full House" was better than "Step by Step." It might be true but who cares?

Bristol's "instant dance" was a samba to "Mas Que Nada."

She walked around aimlessly, then shook her breasts. Then turned in random circles and shook her hips. Then did some sprinkler motion. Then just kind of stopped. And I died a little bit more inside.

Brandy and Maks danced a Waltz. The beauty of having Maks as a partner is that he provides instant, dark drama with every interaction and sets himself up as somebody to overcome -- not get along with. And Brandy is overcoming. Add that to the fact that he's tapping into a well of emotion and lyrical beauty that Brandy only hinted at during the early rounds and they have truly become the front runners. Their Waltz was exquisite from beginning to end -- mesmerizing in its interpretation and nearly flawless in execution.

Brandy's "instant dance" was a cha cha cha to "Teenage Dream." I don't know why Brandy and Maks insist on adding a booty shaking move to every routine, but whatever. The only thing the judges seemed to be concerned about was how long it took them to start the dance -- which triggered Maks into a full-out argument with both Len and Carrie Ann -- and then a diatribe about how hard he and the professional dancers work with little credit. It was odd. And a mistake. It will be interesting to see if the viewers penalize Brandy for it.