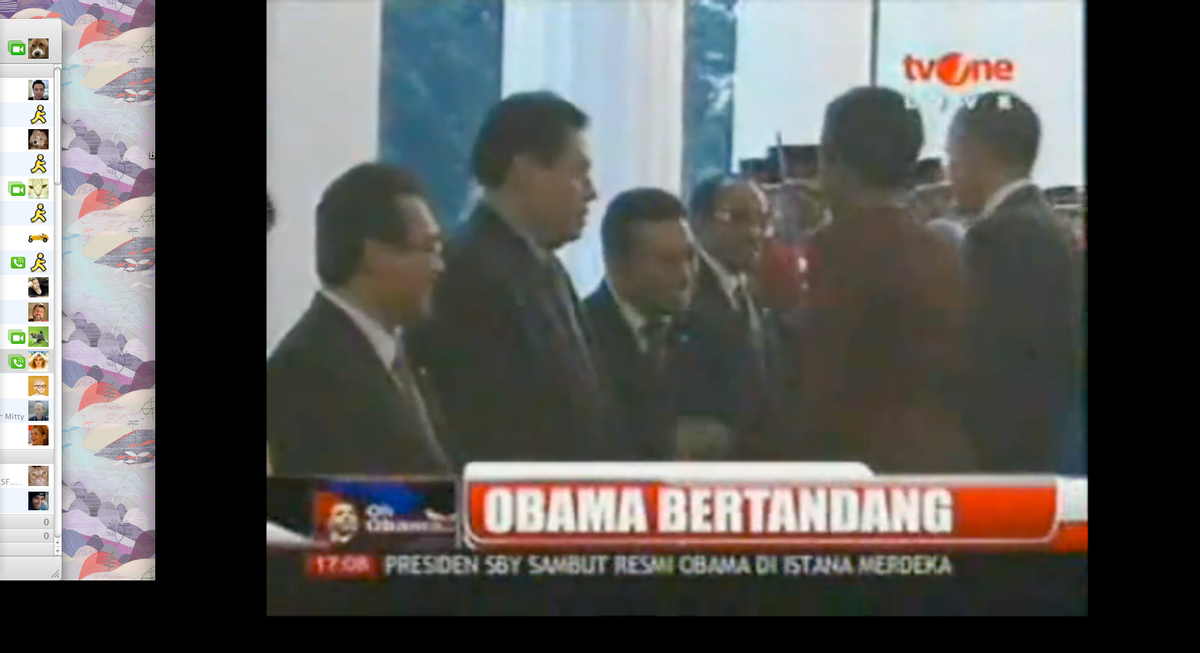 A top Indonesian minister is in hot water after shaking hands with Michelle Obama upon her arrival in the country. You see, Information Minister Tifatul Sembiring is a conservative Muslim who has flaunted the fact that he avoids all contact with women who aren't family members. When word of his inappropriate touching with the First Lady got out, Sembiring's fellow countrymen took to the Web to accuse him of handshake hypocrisy. He responded with a defense on Twitter: She forced him to put 'er there.

"I tried to prevent (being touched) with my hands but Mrs. Michelle held her hands too far toward me (so) we touched," he said, according to the Associated Press. Only, the entire incident was caught on camera and now a YouTube clip is making the rounds that shows him vigorously shaking her hand -- with both hands -- and grinning broadly, and who can blame him! I'm gonna go out on a limb here and say that this is the cutest political sex scandal ever.