Week 3: The actress pushes at therapist-patient boundaries and Paul pushes Sunil to open up too much too soon 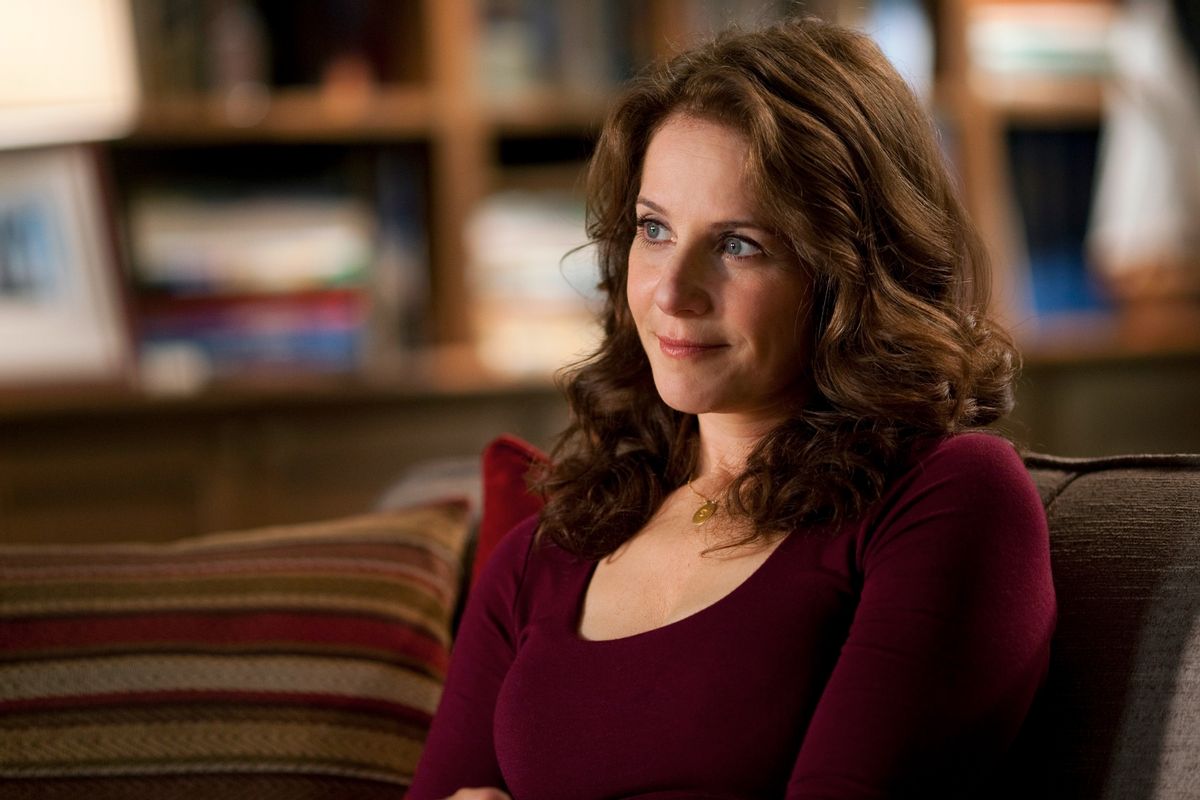 Sunil has been watching "Survivors" (sic). As he explains to Paul over tea, this is a show about "two groups of American citizens" who willingly endure hardship and humiliation while women walk and jump "around naked. Almost naked, practically naked, without being naked."

I find this quite an amusing metaphor for the dance of almost honest, practically honest, hardly ever really honest emotion we watch every week on "In Treatment." But that's probably not why Paul is working so hard to keep a straight face. There's something about the tone that Sunil uses to describe these women and later, his daughter-in-law Julia's "desperate" exercise workout, that sounds like the horror/excitement of a 3-year-old out on his first Halloween.

As Sunil starts to theorize, however, that Julia may be having an affair, his tone starts to turn a little ominous. Last Thursday she should have been staying home to help Arun celebrate Sunil and Kamala's wedding anniversary. But she left instead in her short skirt and perfume for one of those uninhibited celebration of vice run amok, the New York City book launch. Obviously Julia is about to bring great shame on her family and will no doubt have to be "punished" for neglecting her domestic duties to serve the needs of her client, the far-too-attractive-to-really-be-a-writer Ethan Barr.

Somebody's having fun with this script because there's no way the title of Barr's novel is not ironic. If Gina actually wanted to write a book about Paul, she couldn't have come up with a better title than "The Pale Fox." Especially this week, where it's increasingly obvious that Paul is not entirely on his game. Still, fox is a step up from two weeks ago when he described himself as a mole. (Has anyone else noticed that he's starting to open some windows in his office?)

While he makes some progress with Sunil, nudging him into opening up about an emotional attachment he had with a girl from a lower caste right before his marriage, Paul makes the mistake of pushing too hard, too soon.

At first Sunil politely deflects Paul's hints that he might be jealous of his son, Arun, and attracted to Julia. Then he answers this theory directly. "Why would I be jealous of a marriage in which a vain and immodest wife is having an affair with another man?" But Paul keeps poking, suggesting that Sunil's attraction to Julia is probably leading him to feel more emotionally and sexually betrayed than his son is.

At this point I feel the tremendous urge to scream at the TV. "Dude, NO! It's WAY too early for this." Just like I did on Week 2 of  "Survivor: Nicaragua" when Marty orchestrated that blindside of Super Bowl coach Jimmy Johnson. Oh how I wish Jimmy Johnson had laughed as hard and helplessly as Sunil does, and then in a gesture of subtly calibrated contempt cut Marty a personal check for a million dollars right then and there. But Jimmy Johnson, mighty as he once was, is not the magnificent actor Irrfan Khan. Sunil hands Paul a check with such perfectly tuned Brahmin condescension, you actually forget Julia bankrolled it.

"What an interesting tea we have had," says Sunil, doing nothing to disguise his laughter and giving Paul a much needed booster course in personal boundaries. No doubt about the  front-runner of this week's episode of "Survivor: Paul's Office." Sunil leaves Paul sitting alone, looking utterly confused and lost.

In the next episode, the sibling rivalry between Frances and her sister, Patricia, has been so palpable from week one that I expect Paul's office smells vaguely of roasted budgie every time she leaves. Things get even more "Whatever Happened to Baby Jane" when Frances confesses that she once willfully sabotaged Patricia's acting career.

Winger looks great with her wry smile and heavily lidded, aging diva eyes. But for the first time, she starts to look a little ugly, as she petulantly chews Paul out for remembering something her sister once said about their mother in therapy and attributing it to her. I really want Paul to fight back and say, well, what did you expect was going to happen when you insisted on coming to your sister's therapist?

Obviously he thinks he's capable of maintaining the boundaries between the two women in his mind, but why should he have to? Wouldn't it be healthier to refer her to a therapist less tainted by prior knowledge?

It's not like Frances is some kind of complicated case that only the most brilliant therapist could crack. The roots of her emotional emptiness seem fairly obvious. Her mother sounds like a textbook narcissist. Frances remembers that, after their father's death, her mother used to cry and cry, and take Patricia, then a 1-year-old infant, out of the crib to bring into bed to comfort herself with. "She always chose her, even though I was awake," Frances remembers, as though using a child like a stuffed animal is actually an act of love, not self-indulgence.

Paul gently points out that Patricia became the caretaker "almost by accident, because she was cast in that role by your mother." Frances wasn't, which in some ways served her well, allowing her energy to be put into a successful career. But it does mean that she's never really properly understood the dynamics of healthy nurturing, and how much it depends on good boundaries -- boundaries she obviously doesn't get if she's stealing her daughter's scarf and reading her e-mails without remorse.

Frances also doesn't seem to understand how therapy works. She still thinks she's going to leave it with an idealized picture of her mother. When the discussion turns to practical steps she could take to develop a better relationship with Patricia, like apologize for sabotaging her acting career, she decides she's tired of talking. She expects to use the remaining minutes of therapy to have Paul run lines with her. Paul refuses, insisting on maintaining his role as therapist and not blurring it with a secondary role as personal assistant. Confused by the rejection, Frances waltzes out frustrated and unsatisfied.

It's a bad thing for Frances, but probably a good thing for Paul. That he's not connecting with clients, and losing some of his superpower boundary-blurring empathy skills, may actually be a symptom that he's starting to withhold some emotional energy for himself.    He's going to need this energy for his taciturn, brooding artist son, Max, especially if Max starts hooking up with Jesse. He's also going to need it now that he seems to be hammering the final nails into the coffin of his relationship with Wendy, the runner. Any woman who can look Paul, the Pale Fox in the eyes and tell him that she thinks he's happy is suffering from more than just a tiny case of denial. Fortunately, she's insightful enough to recognize that Paul isn't playing along with the happy together delusion anymore. She looks hurt, but at least we know she'll feel a lot better after some exercise.