When mom comes out

I blamed gay culture for breaking up my parents' marriage. Now I realize there's an upside to having two mothers 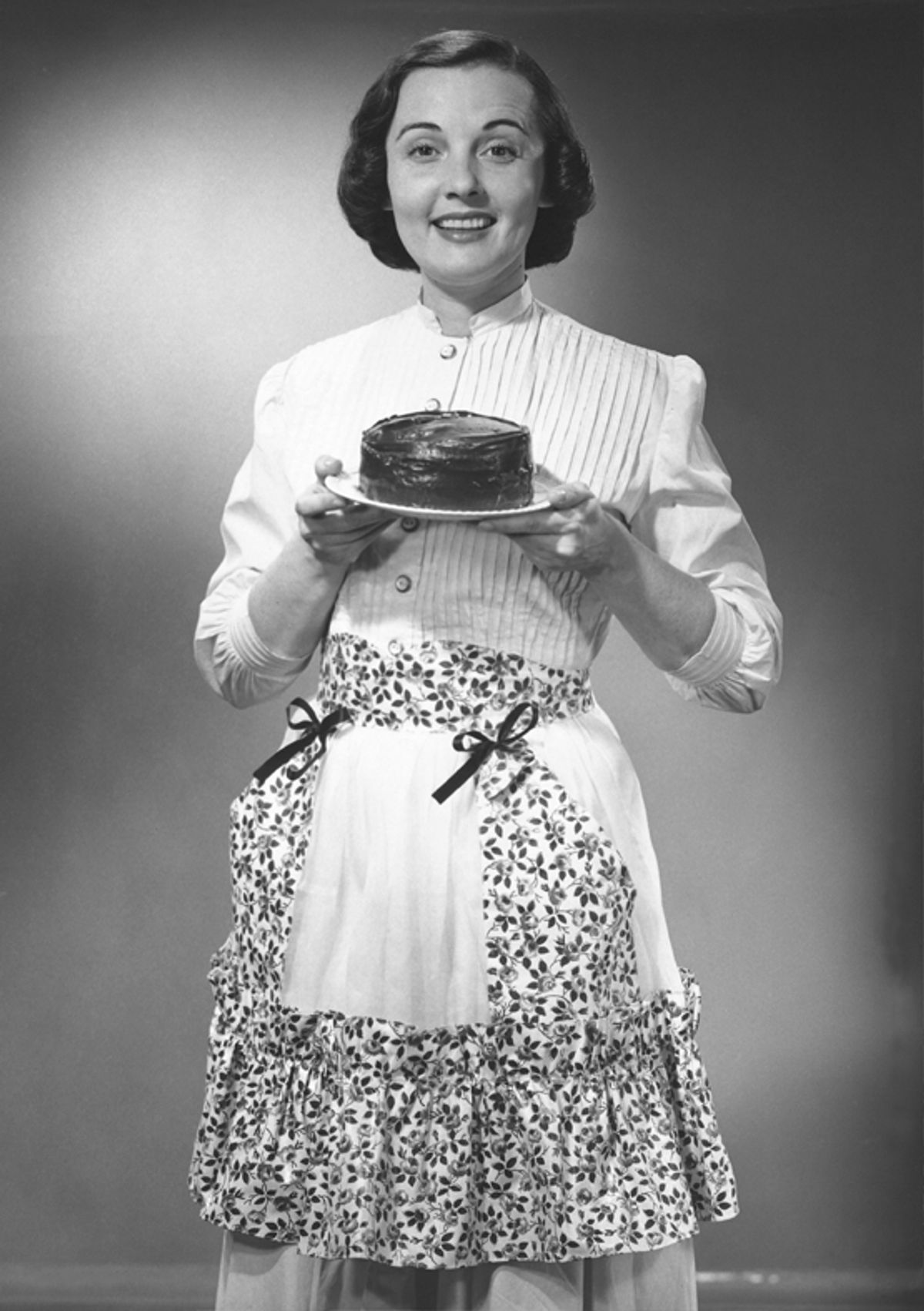 If you want to find out what this country will look like when gay marriage is legalized, visit my mom's house -- or, more accurately, my moms' house, the home my mother shares with her partner, Gretchen. Once you get there, visit the kitchen around half past 11 in the morning, looking for a snack.

"Do you want lunch?" my mom will ask.

"This isn't like your place," Gretchen will join in. "We've got food here."

"I've got some whole grain bread I think you'll like."

This is not the kind of marriage traditionalists are trying to defend, with one partner in the kitchen and the other in the living room, hiding behind a month-old New Yorker magazine, trying to keep a low profile around the house. This is twice as much mothering as anyone was meant to endure. In one week there, I gained 3 pounds.

"You know," Gretchen said, "if you're going on a long trip, you should get your oil changed every 3,000 miles."

"It's really good for the car."

"Is your boss paying for this?" Mom wanted to know.

"There's not a lot of parking in New York," Gretchen said.

"I'll be staying in Brooklyn," I said.

"Be sure to save your receipts!" Mom reminded me.

It's taken me a long time to appreciate having two moms, or at least to find it amusing. Twenty years ago, when Mom graduated from attending New Age est seminars to spending her weekends at Womyn's Music Festivals in the North Woods, I blamed "the lesbian movement" for breaking up my parents' marriage.

"They have a recruitment campaign," I insisted to a friend. "That's what their man-hating philosophy is all about: Men are horrible, and women are better off with other women."

When Gretchen moved in, I resented her. (Although, to be fair, I wasn't very warm toward my father's new wife, either.)

"Gretchen's a Spanish teacher," Mom said, one of the first times we met. "Say something to her in Spanish."

Gretchen slammed the door, and didn't come home for hours, while my monolingual mother looked baffled. Even though I told her I didn't want her in my house, Gretchen tried to be nice, selling me her old Ford pickup truck for $1,000. But having two moms presented me with a problem similar to coming out: Whom could I tell about the new domestic arrangement at my boyhood home? Having a lesbian mother was harder to accept than a gay child -- or so I told myself. My relationship with my mom was based on the fact that she'd once done something heterosexual with my dad. Living with a lesbian couple felt like a reflection on my own masculinity; my mom had a girlfriend, but I didn't. Just brand an "L" on my forehead, OK? When a friend told me an unfamiliar female voice had answered the phone, I said, "Oh, she's just a boarder," so hurriedly as to leave no doubt that she was not just a boarder. I stopped inviting company over altogether.

When I became a Christian, it wasn't to demonstrate my disapproval of Mom and Gretchen, but Mom seemed to take it that way. I made her attend my baptism anyway.

"You're joining this cult," she complained.

"The Presbyterian church is not a cult."

Mom sat in a front pew, arms folded staunchly over her bosom.

"Your mom seems tough," a fellow parishioner told me after the service. He was gay, so I knew exactly what he was getting at. "Who was that woman with her?"

Lying was futile. When a mother of three joins the other team, that's pretty juicy neighborhood gossip. It was impossible to keep my secret, especially because Mom made no effort to keep it. After a year or so, Gretchen was no longer my aunt. No one had believed that anyway, since Mom and Gretchen look nothing like sisters.

In some ways, Mom and Gretchen reinforce each other's traits and prejudices, instead of balancing each other out, as a man and a woman might. During the '90s, they planned their Wednesday nights around "The Nanny."

"Oh, we love 'The Nanny'!" Mom enthused. That wasn't something you'd hear a lot of straight couples say.

"You should see how they treat their women," said my mother, the lesbian Archie Bunker. "They even make the 7-year-old daughter wear a head covering."

After two decades, I've learned to do more than accept having two moms -- I've learned to enjoy how their differences add variety to my life. If I want to hang out with a couple of straight parents, I can go over to my dad's house. Who needs two sets? My niece digs it, too. "I have two grandpas and four grandmas," I've heard her say. My appreciation has as much to do with the maturation of their relationship as the maturation of my own attitude. At one time, there was only room for one personality in any relationship involving Mom, and that was Mom's. Over the years, Mom has mellowed, giving Gretchen an opportunity to elbow her way in. It's been one of her retirement projects, since she quit teaching. Gretchen and I now accept each other enough that she's comfortable assuming co-mothering duties. When I was rushing out of the house to a 2 o'clock appointment, she slowed me down to ask whether I'd eaten lunch.

Before I could move another step, the refrigerator door was open.

"You want honey mustard or mayonnaise on your turkey sandwich?"

I scarfed the sandwich in my car, on the way to the meeting. After it was over, I called Mom on my cellphone, to let her know I was on my way out of town.

"Gretchen told me she had to make you a sandwich," Mom said. "You know, you need to schedule time in your day to eat."

Edward McClelland will be discussing his book "Young Mr. Obama: Chicago and the Making of a Black President" at Busboys & Poets, 2021 14th St., Washington, D.C., this Wednesday at 6:30 p.m.