Keith Olbermann apologizes to his viewers

But not to MSNBC 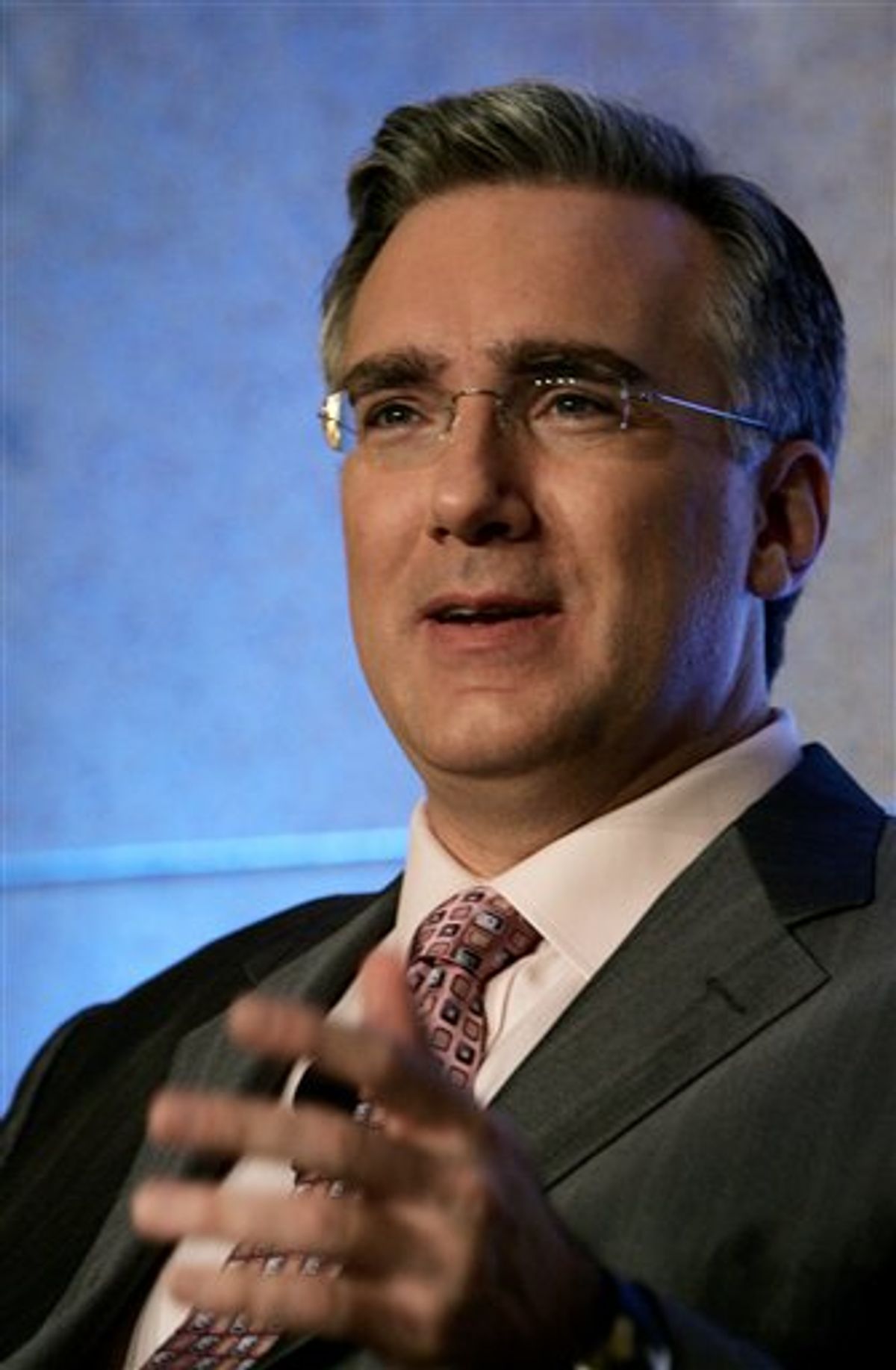 Keith Olbermann, who will return to host "Countdown" tonight, has issued a statement apologizing to his viewers for the recent dust-up over his campaign contributions.

Olbermann was suspended from his MSNBC show when Politico reported that he made individual campaign contributions to three Democratic candidates, in apparent violation of an NBC News policy. The policy, designed to preserve the chimera of objectivity, discourages anyone working for NBC from participating in "civic or outside activities" that may "jeopardize his or her standing as an impartial journalist...." Olbermann is plainly an opinion show host, and not an "impartial journalist," but because MSNBC president Phil Griffin had recently trashed Fox News for its electioneering, he decided to make a point by temporarily suspending Olbermann.

Joe Scarborough -- a former Republican Congressman, as some may recall -- has of course also made political donations without getting in trouble, but apparently he cleared them with management first, which I guess makes the "conflict of interest" thing OK. (Lots of CNBC personalities have also made campaign contributions, but Phil Griffin doesn't control them, and their vague policy has plenty of wiggle room.)

Olbermann's statement is an apology to Countdown viewers for "having precipitated such anxiety and unnecessary drama," but it is decidedly not an apology to NBC for violating their selectively applied policies.

Of his "secret" donations, Olbermann says: "I did not make them through a relative, friend, corporation, PAC, or any other intermediary, and I did not blame them on some kind of convenient 'mistake' by their recipients." This could be read as a veiled reference to Joe Scarborough.

(It's been reported that Olbermann was suspended because he declined to deliver an on-air "mea culpa," but according to his statement he "immediately volunteered to explain all this, on-air and off, in the fashion MSNBC desired.")

A STATEMENT TO THE VIEWERS OF COUNTDOWN
by Keith Olbermann

I want to sincerely thank you for the honor of your extraordinary and ground-rattling support. Your efforts have been integral to the remedying of these recent events, and the results should remind us of the power of individuals spontaneously acting together to correct injustices great or small. I would also like to acknowledge with respect the many commentators and reporters, including those with whom my politics do not overlap, for their support.

I also wish to apologize to you viewers for having precipitated such anxiety and unnecessary drama. You should know that I mistakenly violated an inconsistently applied rule – which I previously knew nothing about – that pertains to the process by which such political contributions are approved by NBC. Certainly this mistake merited a form of public acknowledgment and/or internal warning, and an on-air discussion about the merits of limitations on such campaign contributions by all employees of news organizations. Instead, after my representative was assured that no suspension was contemplated, I was suspended without a hearing, and learned of that suspension through the media.

You should also know that I did not attempt to keep any of these political contributions secret; I knew they would be known to you and the rest of the public. I did not make them through a relative, friend, corporation, PAC, or any other intermediary, and I did not blame them on some kind of convenient 'mistake' by their recipients. When a website contacted NBC about one of the donations, I immediately volunteered that there were in fact three of them; and contrary to much of the subsequent reporting, I immediately volunteered to explain all this, on-air and off, in the fashion MSNBC desired. I genuinely look forward to rejoining you on Countdown on Tuesday, to begin the repayment of your latest display of support and loyalty - support and loyalty that is truly mutual.

Meanwhile, Vermont Senator Bernie Sanders is threatening to derail the coming NBC Universal/Comcast merger, which would be funny.