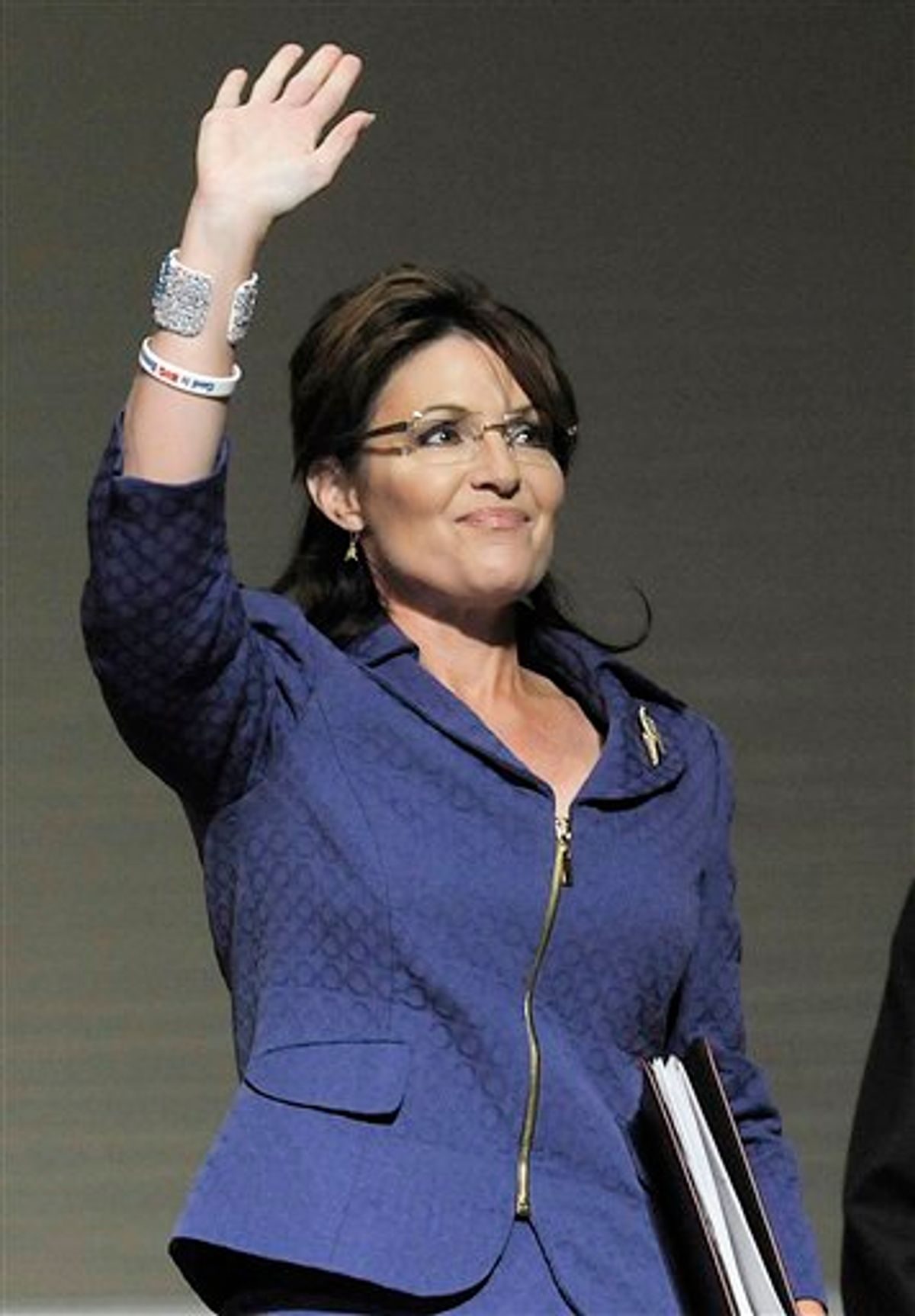 So now Sarah Palin is a critic of monetary policy. Over the weekend, the former governor of Alaska and likely candidate for president in 2012 told an audience at The Specialty Tools & Fasteners Distributors Association that she was not a fan of Federal Reserve chairman Ben Bernanke's effort to stimulate the economy with $600 billion dollars worth of "quantitative easing."

"When Germany, a country that knows a thing or two about the dangers of inflation, warns us to think again, maybe it's time for Chairman Bernanke to cease and desist... We don't want temporary, artificial economic growth bought at the expense of permanently higher inflation which will erode the value of our incomes and our savings."

Palin is certainly certainly not alone in finding fault with the Fed. But it's just a bit peculiar that Palin didn't see fit to mention that China is also hopping mad about the Bernanke stimulus plan. Maybe it's hard to acknowledge that Chinese criticism of U.S. economic policy might be valid, when American antagonism about Chinese monetary policy is so high? Whatever the reason, I think both China and Germany are much more worried about the competitive threat to their own economies from U.S. exporters who will benefit from a lower-valued dollar than they are fearful of the possibility of 1920s-style German hyperinflation in the United States.

But I could be wrong. The disastrous destabilization wrought by German hyperinflation helped paved the way for the Nazi rise to power. Maybe what Germans are really worried about are the potential political implications of similar economic chaos in the United States. Say, perhaps, the election of a highly polarizing candidate in 2012, the kind of person who likes to play strongly on patriotic values, while appealing for support from the "real America." Someone who openly despises elites, scorns intellectual pursuits, and is idolized by a grass-roots movement that wants to "take back" their country. If I was German, such a prospect would give me the chills. If I was American, I might look into the possibility of emigrating to Germany.