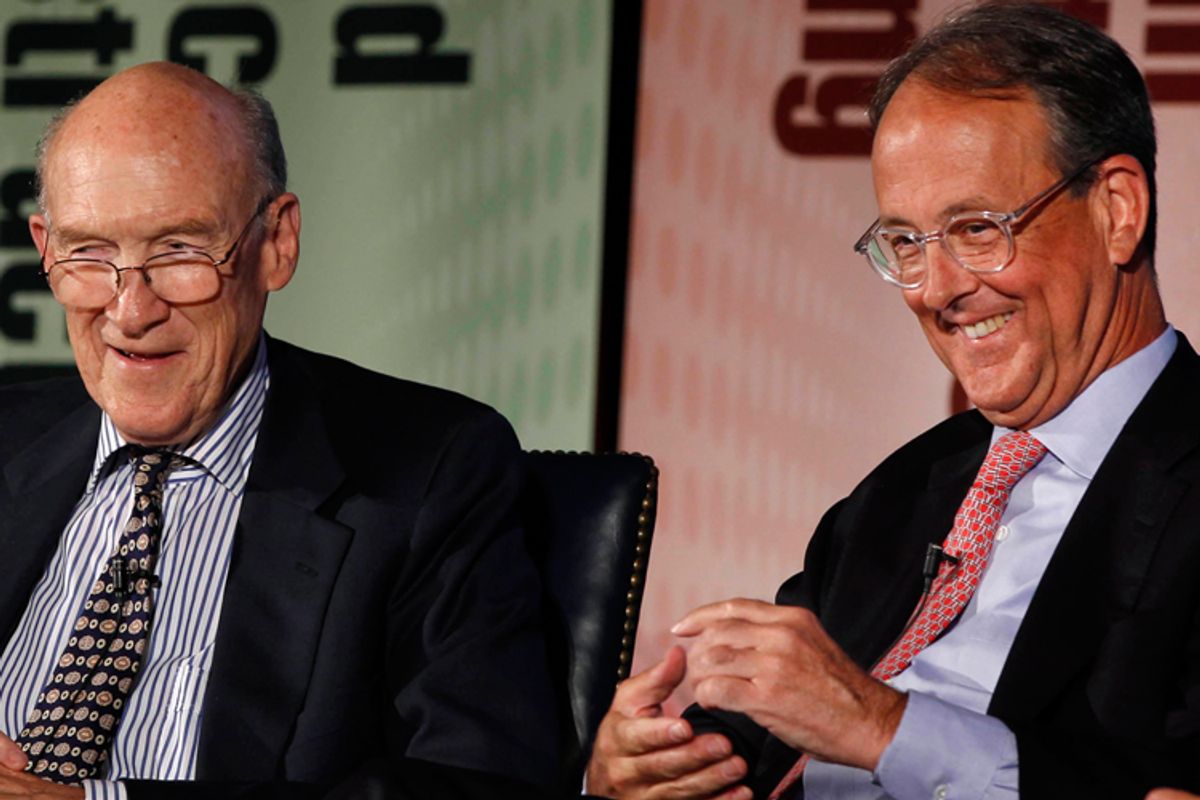 How do you evaluate a proposal that has zero chance of ever becoming reality? The release today of a draft report from President Obama's Fiscal Deficit Commission poses just such a question. It is pure fantasy -- a blueprint for reducing health care costs, rejiggering Social Security, completely revamping the tax code, shrinking government, cutting defense spending and guaranteeing that each and every American gets a pony.

Progressives are predictably outraged at the cuts to social welfare programs but there is something here for everyone to hate.

Which, in theory, in an alternative universe might be almost OK. Getting the federal budget under control will require shared sacrifice. Everybody should hate something recommended in the report. The fact that, according to Bloomberg, the only members of the 18 person commission willing to endorse the draft are the two co-chairs, Erskine Bowles and Alan Simpson, is weirdly encouraging in that regard.

But it's just not going to happen.

Here are just a few of the recommendations in the report. Revoke the home mortgage tax deduction (slams the middle class). Cut overseas military bases by one third (Republicans will object vociferously). Raise the retirement age for Social Security and cut Medicare spending (senior America hits the street in protest). Comprehensive tort reform to crack down on medical malpractice suits. (Now the lawyers are hopping mad.) Cut the federal payroll by ten percent (that'll help the unemployment rate!)

And so on. Perhaps nothing illustrates the magnitude of the challenges better than the overall tax code reform proposal. The draft calls for passing "tax reform that dramatically reduces rates, simplifies the code, broadens the base, and reduces the deficit." Nice. So we'll lower income taxes for individuals and corporations across the board, but by "broadening the base" and eliminating tax breaks ensure overall revenue growth. I'll have some of what they're smoking.

When one considers the battles fought over health care reform and bank reform these past two years, it should be immediately clear that there is simply no way Congress, as currently constituted, will come to agreement on any constituent part of this package, much less the entire thing.

But then again, maybe that's the good news. Because the country's biggest problem right now is not the federal deficit -- it is slow economic growth and unemployment. In fact, a huge fraction of the deficit is a direct result of collapsing government revenues attributable to the recession. The draft report makes a nod to that -- recommending that its recommendations only be phased in starting in 2012, so as not to endanger the fragile economy. And it includes this amazing get-out-of-jail-free card:

Allow Congress and the President to waive the requirements during years with low economic growth, unanticipated military conflict, or major disaster.

But isn't that how we got into this mess first place? If we're going to throw budget restraint out the window during years with low economic growth, then maybe our first priority should be figuring out how to achieve sustainable high economic growth?