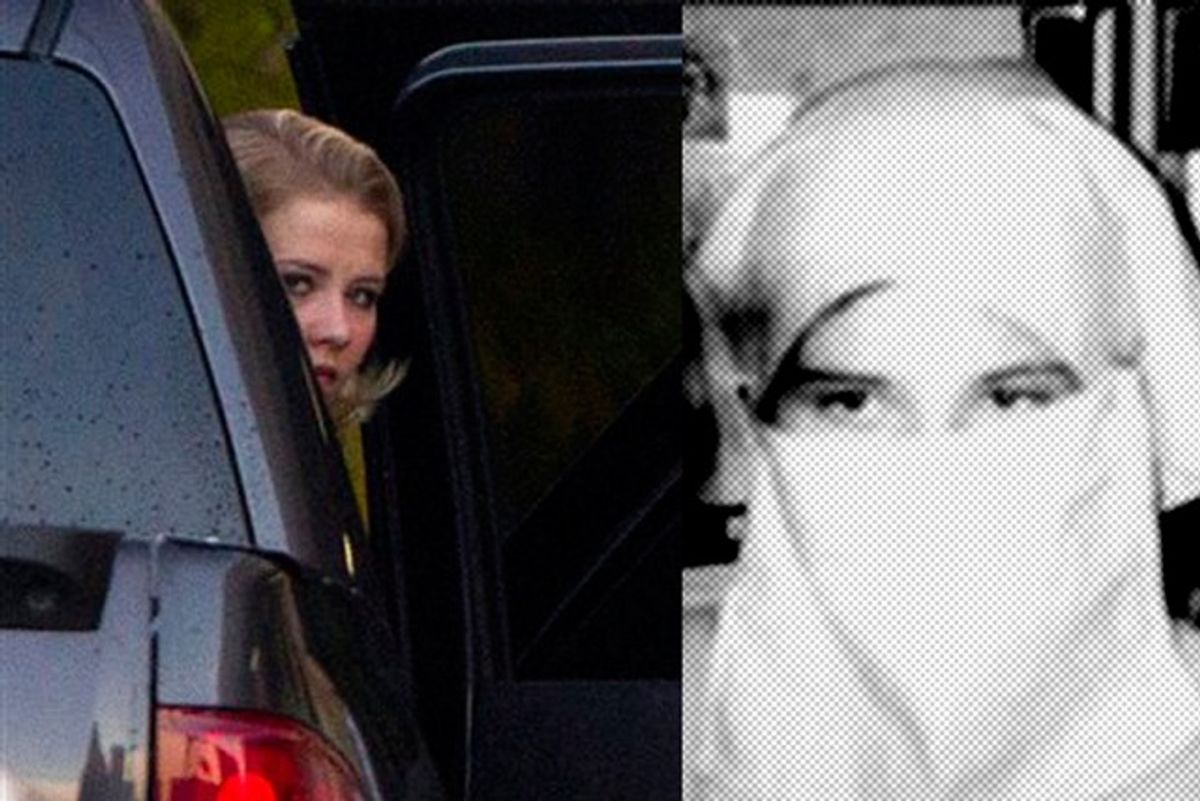 The issue of the veil and public identification is raised all the time, but never quite like it was during Elizabeth Smart's courtroom testimony today. During the second day of kidnapper Brian David Mitchell's trial, the 23-year-old told jurors that just months after her abduction she was confronted while wearing a veil by a police officer who said he was looking for Elizabeth Smart.

Just months after her abduction, Mitchell took Smart and his wife, Wanda Eileen Barzee, to the Salt Lake City library. Then 14, she was outfitted in a burqa-like veil that covered her hair and hung just below her eyes. The officer approached and asked her to pull aside the veil so that he could see her face, but Mitchell told the officer that "only my husband could remove my veil under our religion," Smart said. Then the officer "asked if he could be a part of our religion for a day, just so he could see my face, just so he could go back [to the police station] and say, 'No it wasn't Elizabeth Smart,'" she said. "The defendant was just very calm and very cooly said no only her husband would be able to do that," she said. And just like that, the officer left.

It's fascinating that someone trained to be inquisitive and unrelenting would give up so easily -- especially when you consider that he must have harbored serious suspicion to ask Smart to remove the veil in the first place. All it took was two mentions of religion, though, and the police officer relented. I have to wonder whether it's relevant that this happened in a state known for its hardcore Mormon communities, in which women's modesty is highly prized and guarded. It also may be relevant that this particular interaction happened toward the end of 2002, around a year after 9/11. Certainly there was, and still is, a considerable amount of Islamophobia in the wake of the attacks -- but there was also increased awareness about discrimination against Muslim Americans. Smart, with her blond hair and bright blue eyes, passes far more easily as Mormon than Muslim, but it's easy to imagine that an officer might have felt especially sensitive to cultural and religious issues as that time, and was perhaps afraid of making a wrong move.

"I was mad at myself that I didn't say anything," Smart told the jury. "I was mad at myself for not taking the chance but I just felt like it was so close. I felt terrible that the detective hadn't pushed harder and he had just walked away." I find it hard to come down too hard on the officer, as I can't imagine the pain of discovering that you had come this close to rescuing a young girl from many months of abuse at the hands of her kidnapper (and do not doubt that the details she revealed today are devastatingly awful). There's also no question that there is a larger issue at play, one that a single officer can hardly be expected to adequately answer on his own: How do we respect people's religious and cultural freedom without sacrificing personal and public safety?