Week 3: The teen gets an in with Paul's son, while Adele pushes the therapist toward a stunning revelation 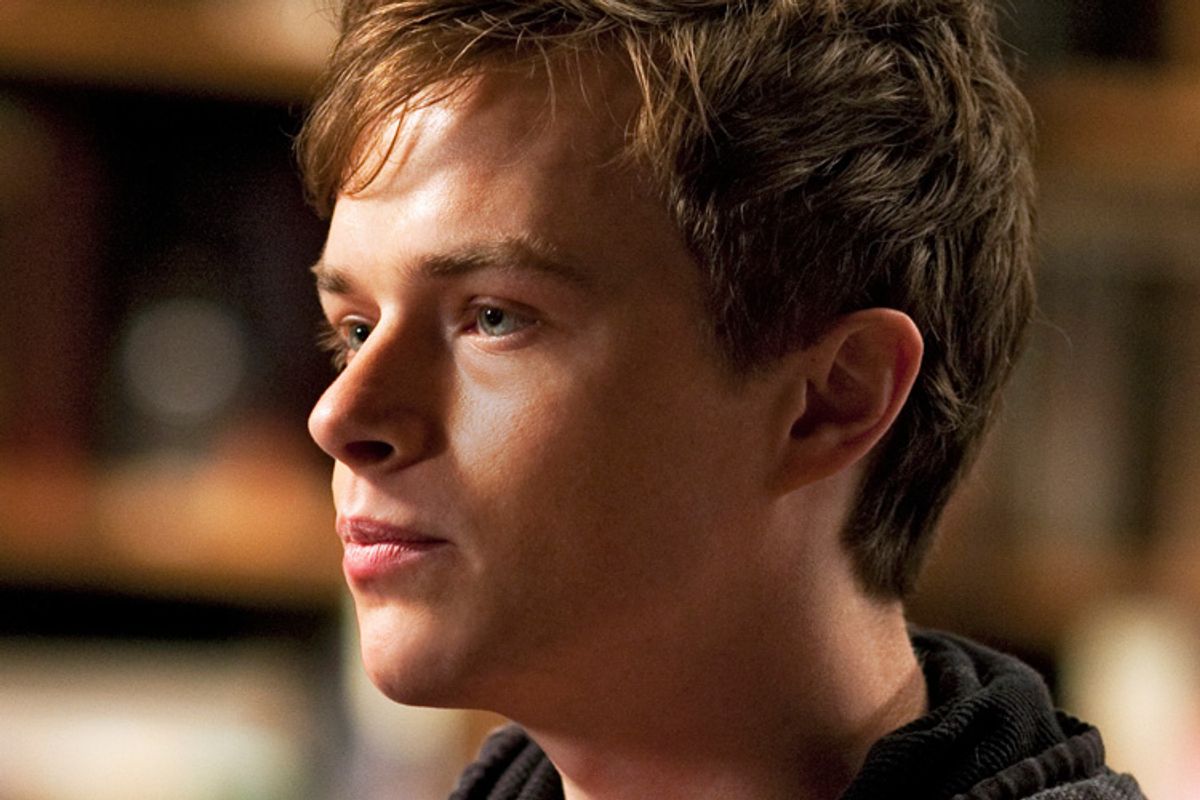 This week we've seen Paul off his game. He pushes Sunil too far too fast. He's asleep when Frances arrives for her appointment and confuses her with her sister. Last night with Jesse he makes his worst mistake of the week, not just as a therapist, but also as a father. He tries to explain the distance Jesse's Italian Catholic adoptive parents feel from him by comparing it to the distance Paul sometimes feels between himself and his son, Max, because he's "artistic."

This is a bad slip for a couple of reasons. First and foremost he's virtually given Jesse, also artistic, permission to bond with Max and potentially use him in the ongoing emotional terrorist campaign he's engaged in against the people who are trying to help him. Second, it's a lame comparison. The distance between an educated, cultured therapist and his artistic son is pretty small compared to the distance between working class Italian Catholics and their gay adoptive son. Besides, Max is just being himself. Jesse's done everything he can to make this distance as large as possible, relentlessly and openly engaging in high risk behavior, and going as far as including pictures of two guys he picked up on the beach in a school "family tree" project a few years ago.

Now Jesse has two black eyes from a fight he provoked with a lover in the bathroom of the Whitney, while on a school trip. He's been suspended and his demure, nun-like mother, Marissa, thinks he's the victim of gay bashing and that they have a case to appeal the suspension. Jesse has dragged her to therapy where he will first humiliate her by graphically describing the bathroom encounter and then "confessing" that he kind of liked being beat up. He follows this up with the revelation that his hopefully rich birth mother has contacted him. Totally caught off guard, Marissa walks out, which Jesse interprets as the abandonment he's been trying to provoke for years.

And then Paul makes another mistake, though it's an understandable one. He sides with her. Instead of sitting back and trying to understand what's really driving Jesse to these extremes, he wastes a lot of time trying to get Jesse to see things from her point of view. But Jesse is holding on for dear life to his abandonment fantasy, the one he's been working on for year. He is not about to toss away it just because Paul and his mother have become "besties." Jesse is convinced his mother is right now sitting in some church pleading for acceptance from a religion that would never accept him. When Paul tries to get him to consider another possibility, he storms out only to discover that Marissa is sitting in the lobby waiting for him, doggedly refusing, once again, to play her assigned role in his fantasy.   If Jesse's mother is a study in devotion to the number one rule of parenting -- being there -- Paul, this week, is a study in breaking it. Beyond the fact that he's practically offered his son up as a playdate to an extremely provocative patient, he's failed to clear the search history on his computer. As a result Max is confronted with Paul's Parkinson's obsession and is clearly traumatized.

Paul fails to bring this up with Adele. (Maybe he's learned something from Sunil about the joys of deflection.) Adele keeps trying to bring the conversation back to what should be the most important topic on his mind, Max. But Paul keeps trying to shift into another discussion. First the headaches he believes to be related to Parkinson's (which turn out to be  hangovers) and second the endlessly fascinating question (to him at least) of whether or not he's a good therapist.

This would have been an easy trick back in the olden days of Gina. But Adele makes the boundaries a little clearer. She's his therapist, not his supervisor. Paul wants her to advise him on whether or not to dump Jesse as client. She's not going to go there, doggedly steering him back to Max until eventually he tells her how his son learned of his Parkinson's fear. Paul is deeply ashamed of this mistake, which he's exacerbated by lying, pretending it's research for one of his patients.

Adele asks him how he's been sleeping. Like a baby, for the first time in months. Well, of course, she kindly explains to him. He's successfully repeated the damaging cycle of turning his son into his caretaker. Paul is stunned. All his life he's been like a hamster on a wheel, desperately trying to show himself and the world what a great nurturing therapist he is, only to find out that maybe he's nothing but a textbook emotionally empty narcissist like his father (as he remembers him).

Paul is stunned. "I don't know what you must think of me," he says borrowing a line from Frances' thin repertory. Then Adele delivers the second punch. She thinks he's a father who cares deeply about his son. He's clearly not an emotionally empty narcissist. So why has he spent his life acting like one?

Over two and half seasons, the mystery driving "In Treatment" has been why is Paul such an insightful and competent human being in his office, but such a relentlessly self-absorbed jerk outside of it?  As we head into the mid-point of Season 3, it looks like we might actually find out.