What should we name our "Sexiest Men" feature?

We think it's time to retire that "sexy" moniker, but we need your help 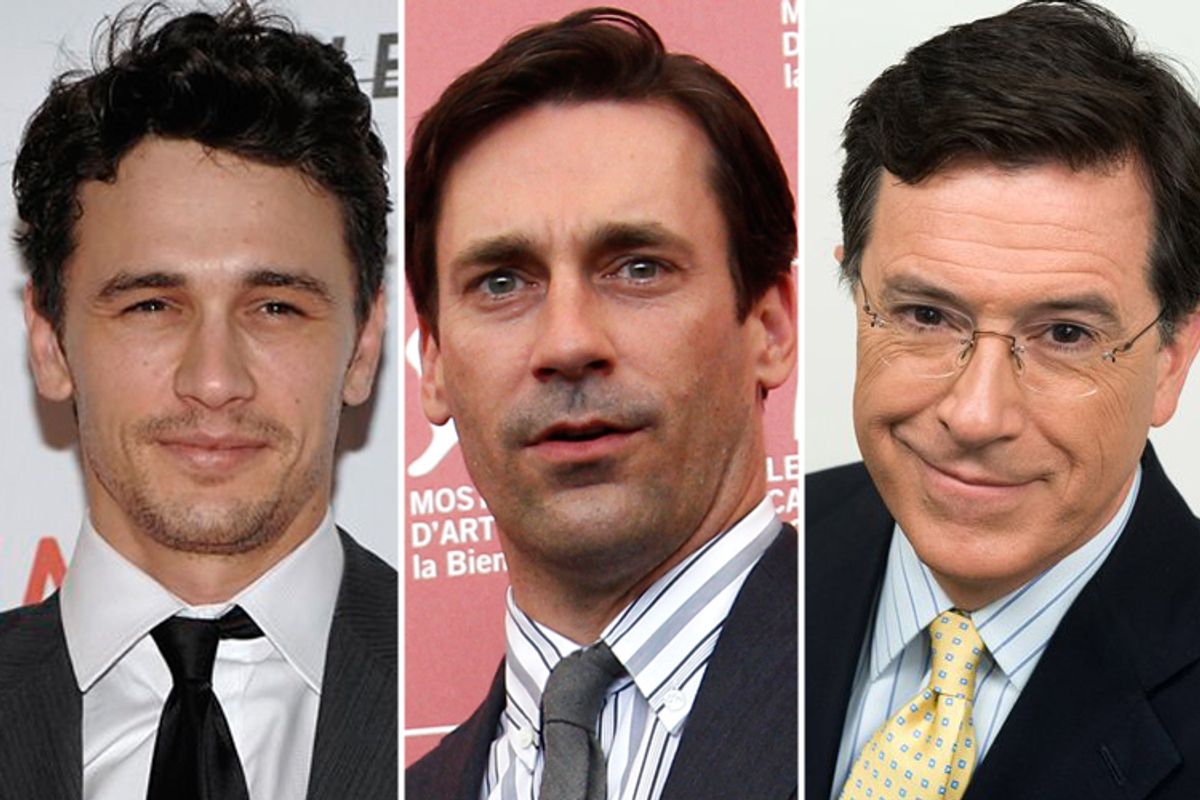 Next week, Salon debuts one of our most popular annual features: Our collection of the 15 sexiest men, selected by a hair-pulling process of rigorous debate and slammed doors. The feature first began in 2006 as creative counter-programming to People's drab, one-dimensional list. We like pretty boys, too, but we grew tired of their cheesy monopoly on attractiveness: Sexiness is a complex algorithm of humor, intelligence, weirdness, talent -- not just a contest of perfect abs and jutting jaws. And so our "Sexiest Man Living!" list was born, with such winners as Stephen Colbert (2006), and Jon Hamm, way back in 2007.

And yet, as we enter our fifth year we think it's time to retire our original moniker -- a clear homage to that other list. We'd like to find something that better signifies what our list is: men who inspire us, make us laugh and think, and turn us on in all the right ways. The best guys, the top guys, the amazing and awesomest guys. Funny enough, all the words that spring to mind have that embarrassing whiff of corniness about them -- dreamboats, hunks, studs, beefcake. It's hard to say those words without cringing. So what to name it? "Salon's Men We Love"? Too Esquire. "Salon: We'd Tap That"? Perfect, if it were 2005 and if by "perfect" you mean "terrible."

So we bring this to you, dear readers. We're opening up the discussion to hear what you would suggest we name our beloved annual feature. Leave your thoughts in the comments section, or post it on Open Salon. Let the 2010 naming of the something-something-est men begin!