If the president heeds his own panel's suggestions, he guts the liberal agenda. What happened to taxing the rich? 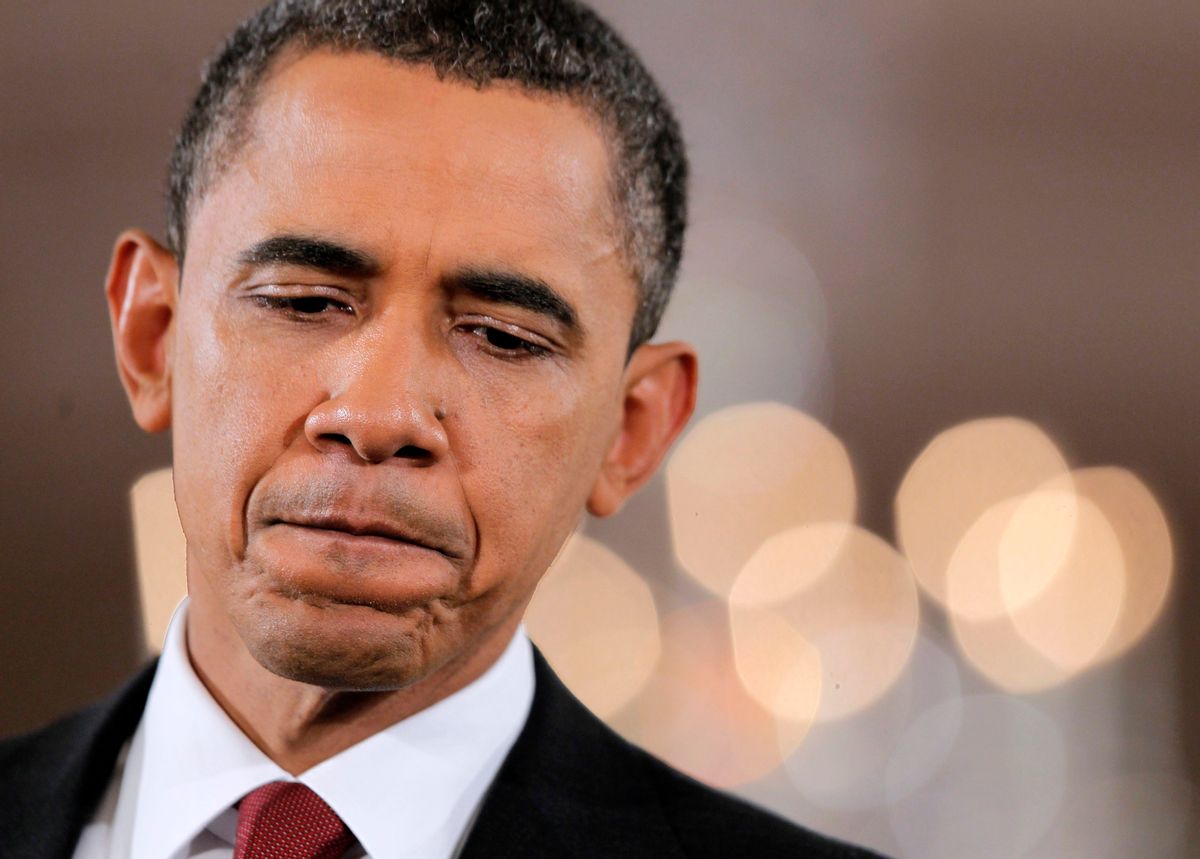 President Barack Obama listens to a question during a news conference in the East Room of the White House in Washington, Wednesday, Nov. 3, 2010. (AP Photo/Charles Dharapak) (Associated Press)
--

How did a budget-balancing plan that includes major cuts to Medicare and Social Security, along with long-cherished Republican hobby-horses like lower corporate income taxes and tort reform, and, most amazingly, not one single mention of the disastrous fiscal effects of the unpaid-for Bush tax cuts emerge from a commission appointed by a Democratic president? Upon further reflection on the draft recommendations of the debt reduction commission, Democrats can only shake their heads in dismay at what may turn out to be one of President Obama's most disastrous tactical moves.

It still seems far-fetched to imagine that anything close to the plan put forward by commission co-chairs Erskine Bowles and Alan Simpson will end up being put into effect -- indeed, past history has shown that one of the best possible ways to rally beleaguered Democrats is to launch an attack on Social Security -- but that doesn't diminish the potential negative fallout. Even as Obama was touring the country arguing that the Bush tax cuts for the wealthiest Americans should be allowed to expire, his own debt reduction commission was cooking up a plan that further lowers the maximum tax rate for the wealthiest Americans. Conservative critics of the administration will wield these recommendations as a club to pound the White House with for the next two years.

It's hard not to agree with House Progressive Caucus chair Raul Grijalva, D-Ariz:

Real budget reform must begin by allowing the Bush-era tax cuts for the wealthiest two percent of earners to expire, as they were always designed to do. This would reduce the debt by at least $680 billion over the next 10 years, according to the Department of the Treasury. The middle class has already been hit extremely hard by the ongoing economic downturn and the housing crisis. The last thing we should do is take more money out of their pockets in the name of a conservative tax cut agenda that favors the wealthy over the rest of us.

How will Obama react to the Frankenstein monster he created? The New York Times' Jackie Calmes poses the question:

...[T]he proposals will pose a test or an opportunity for Mr. Obama as he adjusts to the election drubbing that cost his party control of the House and reduced its Senate majority -- depending on whether he tacks to the political center and embraces them in his own budget early next year, or shifts more to the left and leaves them on the shelf.

The clock is ticking.