Suddenly, there's talk of all sorts of wild party-switching scenarios in the Senate 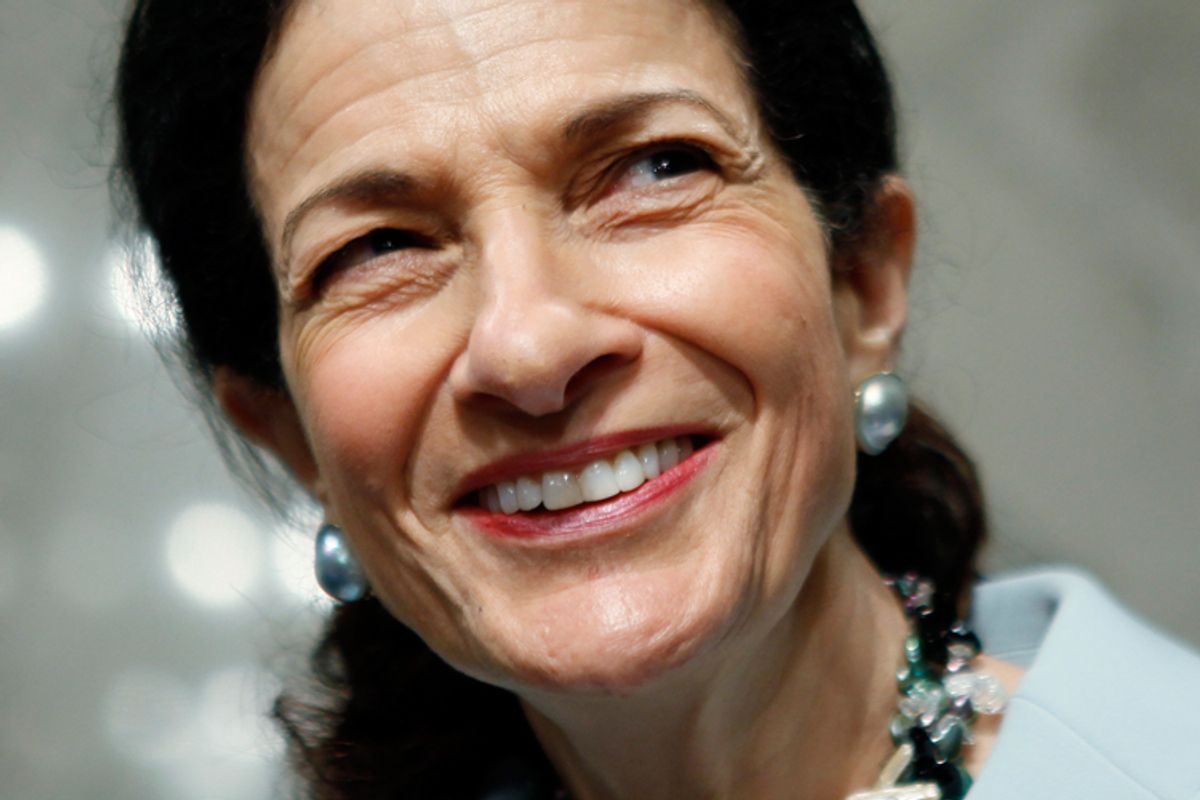 Last Tuesday's Republican tide left Democrats with a 53-47 majority in the Senate, but if you believe some of the chatter, that balance will be temporary. Four senators are now the subject of rumors that they could soon switch parties:

These rumors have a lot to do with 2012, when all four of these senators will be up for reelection. (Remember that Manchin's victory last week came in a special election to fill the final two years of the late Robert Byrd's term.) The idea is that each senator would stand a better chance of winning in '12 as a member of the other party.

There's plenty of logic to this. Take Manchin, whose West Virginia, according to exit polling data, now gives Barack Obama his lowest approval rating (30 percent) of any state in the country. In many ways, Manchin, a pro-life, pro-gun, pro-coal Democrat, was lucky to win last week. Polls in late October found him trailing John Raese, his GOP foe; in the end, Raese's own liabilities -- like the fact that he seemed to be as much a resident of Florida as West Virginia -- dragged him down. A stronger Republican candidate could threaten Manchin in '12, no matter how personally popular he is.

The same, roughly, is true of Nelson. Nebraska won't be voting for Obama in '12 (even if one of its congressional districts did in 2008) and it's possible that Nelson, who has the most conservative voting record of any Democrat in the Senate, could fall victim to a GOP wave. Lieberman is a little trickier matter. He still votes with Democrats 90 percent of the time, but the party clearly won't be nominating him again in '12; some kind of deal with Republicans -- either to run as their official nominee or (like in 2006) as their de facto candidate -- will be essential if he wants to stay in the Senate.

Snowe has a different problem: She's not nearly conservative enough for a restive GOP electorate that demonstrated over and over this year its willingness to vote for literally anyone (O'Donnell, Angle, Miller) instead of a perceived RINO. Already Snowe is running about even with a potential GOP primary challenger in polling. Joining the Democrats wouldn't force Snowe to change her voting habits too much and it would liberate her from the increasingly uncompromising demands of the GOP base.

So there's reason to believe that, under certain circumstances, all four senators might be open to the possibility of switching. And don't forget: In the four months after their 1994 "revolution," Republicans convinced two Democratic senators -- Alabama's Richard Shelby and Colorado's Ben Nighthorse Campbell -- to join them. (Of course, the post-'94 GOP controlled the Senate, which presumably made this an easier sell.)

But there's also one big reason to doubt that any of them will actually jump, and it can be spelled in seven letters: S-P-E-C-T-E-R. The experience of Arlen Specter, who defected to the Democrats early last year in an effort to save himself in 2010, illustrates how a deal that makes perfect sense to a party's leaders in D.C. can be seen dramatically differently by that party's voters. Specter's switch (coupled with Al Franken's certification a few months later) may have given Democrats 60 votes in the Senate, but it also infuriated rank-and-file Democrats in Pennsylvania. The White House, Senate leaders and top Pennsylvania Democrats threw their weight behind their new convert -- then watched him lose to Joe Sestak, a previously unknown second-term congressman with little charisma and an awkward public speaking style, in the primary this past May.

Snowe could easily suffer the same fate if she tried to pull the same maneuver. Similarly, Specter's example, coupled with the defeats of so many establishment Republicans in this year's primaries, would surely give Nelson, Manchin and Lieberman pause: If Democratic primary voters wouldn't accept Specter, why would Republican primary voters -- who, as a whole, are a more ideologically cohesive lot -- ever accept them?

Nelson and Manchin may end up facing Democratic primary challengers in 2012, but they will probably be able to survive. The best bet, then, is that they'll take their chances as Democrats in the general election.

Snowe, like Specter, may find herself facing an unwinnable GOP primary. But in that case, it's likely that she'll mimic Lisa Murkowski (minus the write-in aspect), keep her Republican affiliation, and run as an independent. Maine, perhaps more than any other state, loves independent candidates; it elected an independent governor in 1994 and 1998 -- and nearly elected another one last week. With her popularity, Snowe would be a strong favorite to survive as a third-party candidate.

That's also the route Lieberman will have to go, but his situation is different, because he's not nearly as popular with Connecticut voters as Snowe is with Mainers. Lieberman was saved in '06 because Republicans had a weak nominee and the party instead united behind him. But the GOP is pledging to run a serious candidate in '12, which will erode Lieberman's base. He will have a tough time winning as an independent in 2012 -- but, as he surely knows, his path would be even tougher if he tried to run as a Republican.