U.S. has already killed dozens of people, including civilians, in air strikes, and that may be just the beginning 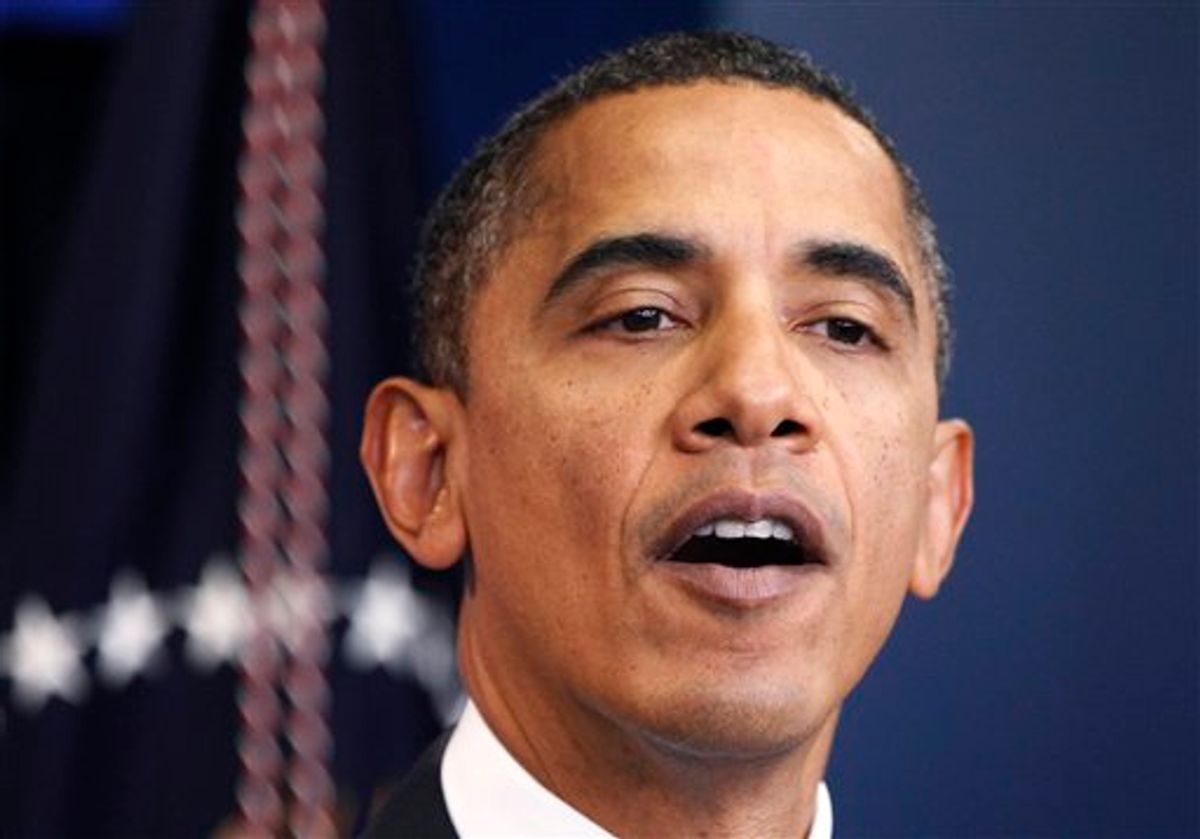 The Obama Administration has U.S. military trainers on the ground in Yemen and has already launched an attack and possibly multiple attacks in the country, drawing relatively little public attention and virtually no debate in Congress. Analysts and news reports suggest that the administration is now poised to escalate the secret war in Yemen, possibly by launching drone attacks targeting suspected terrorists.

The attention of the U.S. media briefly re-centered on Yemen late last month after explosives originating from the Gulf nation were found on two cargo planes in Britain and Dubai. The Obama Administration has fingered the Yemen-based group Al Qaeda in the Arabian Peninsula (AQAP) as responsible for the failed attempt. (AQAP also claimed responsibility.)  This is the same group that claimed responsibility for the failed attempt by Nigerian national Umar Farouk Abdulmutallab to blow up a Detroit-bound plane on Christmas Day 2009.

But less attention has been paid to U.S. attacks on targets in Yemen -- of which there have been at least two since 2002 -- and the U.S. military role in training Yemeni forces as well as helping them carry out air strikes.

All of this is taking place in a nation that is beset by a struggling economy, two civil conflicts, and what has been called a "looming" water shortage.

Here's a quick survey of U.S. military involvement in Yemen in recent years. There are two attacks that are widely thought to have been carried out by the United States. There are many other episodes in which the U.S. likely had some role; it's often hard to say for sure because much of what we know comes from often contradictory news reports. The U.S. does not officially acknowledge the strikes.

* Nov. 3, 2002: An American Predator drone reportedly controlled by the CIA fires a missile at a car east of the capital of Sana'a. Six people are killed. The dead include Abu Ali al-Harithi, who the U.S. accuses of helping to plan the October 2000 attack on the USS Cole in the harbor of the Yemeni city of Aden. U.S. citizen Kamal Derwish -- whom the CIA knew was in the vehicle, according to the Washington Post -- is also killed in the strike.

Derwish had been named as an unindicted co-conspirator in the case of the Lackawanna Six, a group of Yemeni-American men who were convicted of providing material support to terrorists because they attended a training camp in Afghanistan. He was never charged with a crime. It's not clear who the other four dead were; the Post reported at the time that "the other passengers were burned beyond recognition." After the attack, Secretary of Defense Donald Rumsfeld says at a news conference that there are Americans on the ground in Yemen. "We have some folks in that country that have been working with the government and helping them think through ways of doing things," he says. The U.S. also begins providing weapons to the Yemeni government, the Washington Post reports at the time.

* Dec. 17, 2009: Dozens of people are killed after missiles hit settlements in the Abyan area in the south of Yemen. Citing a Yemeni parliamentary investigation, Amnesty International later says that 55 people were killed, of which 41 were civilians, including 14 women and 21 children. 14 of the 55 were suspected Al Qaeda members, though an Amnesty official tells Salon that only one was ever named.

The strike is initially reported as being conducted by "Yemeni security forces." But ABC reports a few days later that U.S. missiles were involved. Amnesty releases a report several months later with photos of an unexploded cluster bomblet and parts of a Tomahawk cruise missile that the group says could only have come from the U.S. military, possibly launched from a submarine or warship.

* January 2010: President Obama tells People Magazine, "I have no intention of sending U.S. boots on the ground in these regions," in reference to Yemen and Somalia. In fact, there were already at that time U.S. boots on the ground in Yemen -- and the number has grown. According to According to the AP, there were 25 U.S. military trainers in Yemen as of September 2009, and their ranks doubled to 50 by September 2010.

"They may be playing a more active combat role as well. ... I think it's clear they're more than trainers," Daveed Gartenstein-Ross of the Foundation for Defense of Democracies tells Salon.

* May 25, 2010: An air strike kills four people including Jaber al-Shabwani, the deputy governor of Ma’rib, a mistake for which the Yemeni government apologizes. There are reports that the strike was carried out by a U.S. drone, not the Yemeni military, but those are not confirmed. Citing unnamed officials, Reuters reports the same day that the U.S. has ramped up "intelligence gathering using surveillance aircraft, satellites and signals intercepts" and that it is sharing the information with the Yemeni government to assist in its strikes on "al Qaeda targets." Asked about the air strike, one U.S. official "acknowledged there was an increasingly 'fine line' between playing a supportive role and taking the lead."

The above timeline is not exhaustive; Amnesty estimated in an August report that Yemeni security forces "have killed at least 113 people since the beginning of 2009 in operations that the government said were targeting people they described as 'terrorists.'" And the U.S. is thought to have been involved in at least some of those actions.

Asked this week about strikes on suspected terrorists, Yemen's foreign minister told CNN, "The attacks are undertaken by the Yemeni air force, but there is intelligence information that is exchanged about the location of the terrorists by the Americans." And the Washington Post reported that U.S. drones have been flying over Yemen for the past several months, but they have not fired any missiles.

Few will be surprised if that changes. "We'll reach a point where we see a strike every month or two," says Gartenstein-Ross, noting that Yemen is seen as similar to Pakistan, in that suspected terrorists inhabit secluded, difficult-to-access areas of the country.

The president himself has signaled as much. At his Oct. 29 press conference in the wake of the parcel bomb plot, Obama said, "we will continue to strengthen our cooperation with the Yemeni government to disrupt plotting by al Qaeda in the Arabian Peninsula and to destroy this al Qaeda affiliate."

Philip Luther, deputy director of Amnesty's Middle East & North Africa Programme, tells Salon that he, too, expects more air strikes. But he warns that, in the case of, for example, the December 2009 attack, "far more local residents were killed than the actual people being targeted."

"These are serious human rights violations," Luther says. "The killing of criminal suspects -- who should be brought to justice -- in circumstances in which they aren't posing an immediate threat to life are, from a human rights perspective, extrajudicial killings."