The big lie: Attacking the debt is good politics

Sure, polls show that Americans don't like big deficits. But that's not why they're really upset 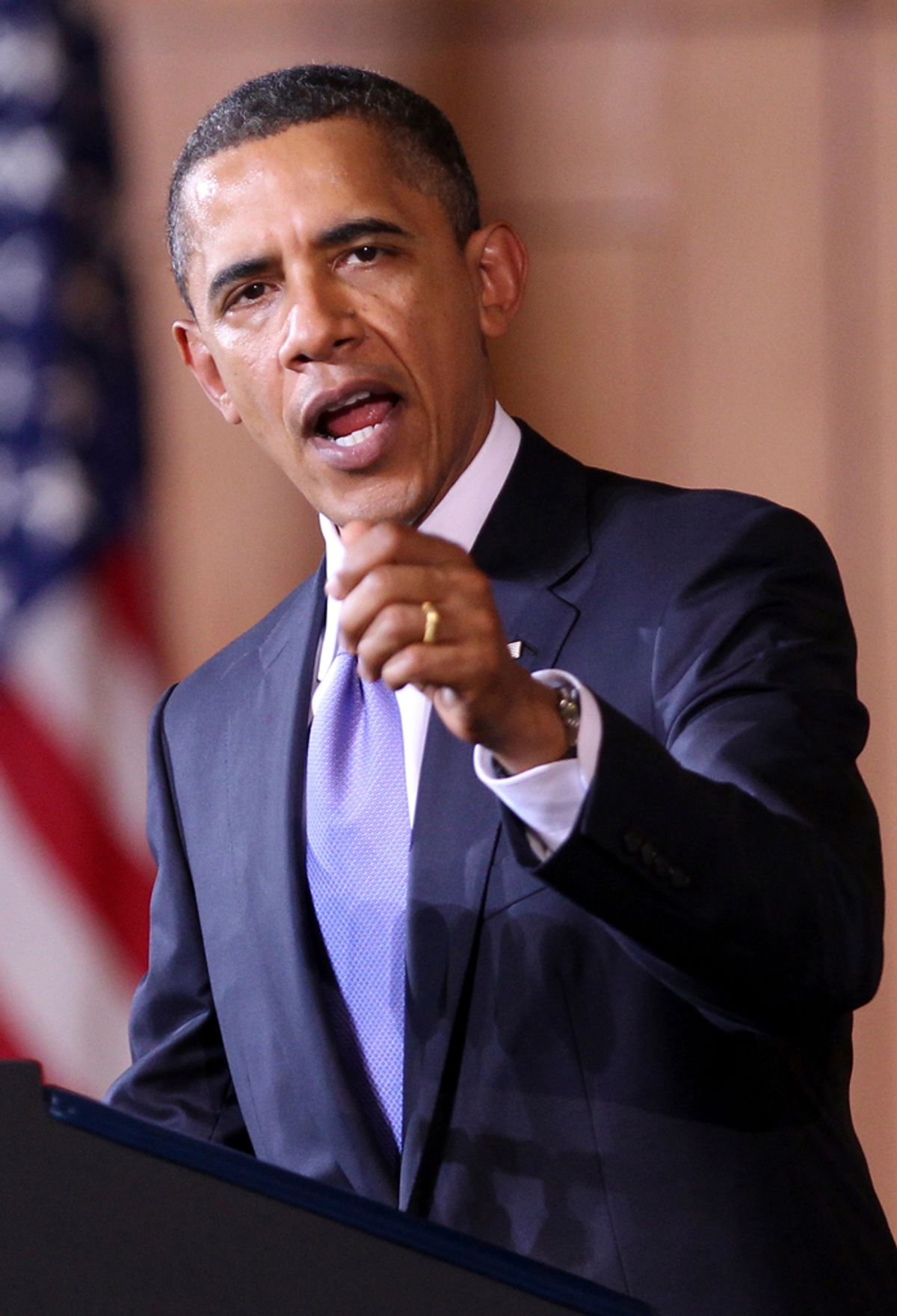 U.S. President Barack Obama delivers the keynote speech at the University of Indonesia in Jakarta November 10, 2010. Obama was given a rock star's welcome at one of Indonesia's biggest universities on Wednesday, where he charmed an audience with speech laced with local lingo and a message of reform. REUTERS/Barbara Walton/Pool (INDONESIA - Tags: POLITICS EDUCATION) (Â© Pool New / Reuters)
--

I'll leave the debate over the policy merits of Alan Simpson and Erskine Bowles' debt reduction recommendations to others. But one claim that is rapidly emerging as conventional wisdom among pundits deserves and demands to be refuted: the notion that pursuing the Simpson-Bowles blueprint would be a political winner for Barack Obama.

The argument goes something like this: Polls show that Americans are worried about growing deficits and want action. Embracing Simpson-Bowles will demonstrate that Obama is responsive to this concern while also allowing him to claim the middle, with ideologues on both sides vehemently opposing key components of the Simpson-Bowles prescription. As Andrew Sullivan puts it:

All of which leads to an obvious and compelling political and policy win-win for the president. He needs to embrace this opportunity to end the long-term debt and pivot to the center and call the right's bluff at the same time. There is nothing that would restore Obama's cred with Independents more than tackling his own party's ideologues on the deficit and the debt

This may sound compelling, but it's just not accurate. Sure, you can find polls that show an unusually high number of Americans expressing concerns about deficits and the debt, but this sentiment is explained by two phenomena: 1) Republican voters' (and functionally Republican "independents") echoing their party leaders (and right-wing talk show hosts and activists), who identified the debt as a political weapon to use against Obama from the earliest days of his presidency; and 2) authentic swing voters' (that is, the small share of registered independents who really do swing back-and-forth between the parties) pointing to the debt as a top worry because their intense economic anxiety has made them receptive to the GOP's doomsday warnings about runaway deficits.

So, let's say that Obama actually did embrace Simpson-Bowles and got it enacted. Would this "restore his cred with Independents"? Not at all. First, as noted above, a significant chunk of the "independents" who are worried about the debt are actually functional Republicans -- that is, they vote Republican in election after election but like to call themselves "independent." These voters would not suddenly give Obama credit for tackling the deficit; they'd simply follow along with whatever line top GOP leaders and activists came up with in response. As for the "real" independents, the small chunk who aren't functionally part of either party, their debt/deficit fears are driven mainly by economic anxiety, so they'd only give Obama credit if the economy simultaneously improved. At 9.6 percent unemployment, "real" independents aren't in the mood for giving Obama credit for much of anything; they're mainly looking for reasons to blame him.

Keep in mind that twice in the last 30 years the deficit has emerged as a top national issue -- and both times it coincided with an economic downturn. In the recession of the early '80s, it was Democrats who were pointing fingers at a Republican president, Ronald Reagan, for policies that sent the debt soaring. In 1982, at the height of the Reagan recession, "independent" voters also pointed to exploding deficits as one of their top concerns. Notably, Reagan continued to pile on debt in 1983 and 1984 (with even worse projections for 1985 and 1986), but the economy also came back to life in those years. Walter Mondale tried to make the debt -- which had more than doubled on Reagan's watch, with no slowdown in sight -- the top issue of his 1984 campaign. He lost 49 states. Real "independents" had stopped caring about the issue.

Bill Clinton's story is also instructive. He came to office in 1993 after a campaign in which the national debt had played an unusually prominent role (1992 was the year of Paul Tsongas and Ross Perot). Clinton immediately sought to set the country on course for a balanced budget. He abandoned the middle-class tax cut he'd campaigned on and pushed through a budget that raised income tax rates for the top 1.2 percent of Americans. Deficit watchdog groups like the Tsongas-founded Concord Coalition gave the plan high marks. But every single Republican opposed it because it contained "the largest tax increase in history." The public turned against it too. Only years later, after it was clear that all of the dire Republican predictions had been bogus, did Clinton get any credit from voters for attacking deficits -- and he only got that credit because the public, thanks to a booming economy, was in the mood to give him credit for just about anything.

The policy debate of Simpson-Bowles will be an important one. But let's not pretend that Obama has just been handed some magical political opportunity. That's just not the case.