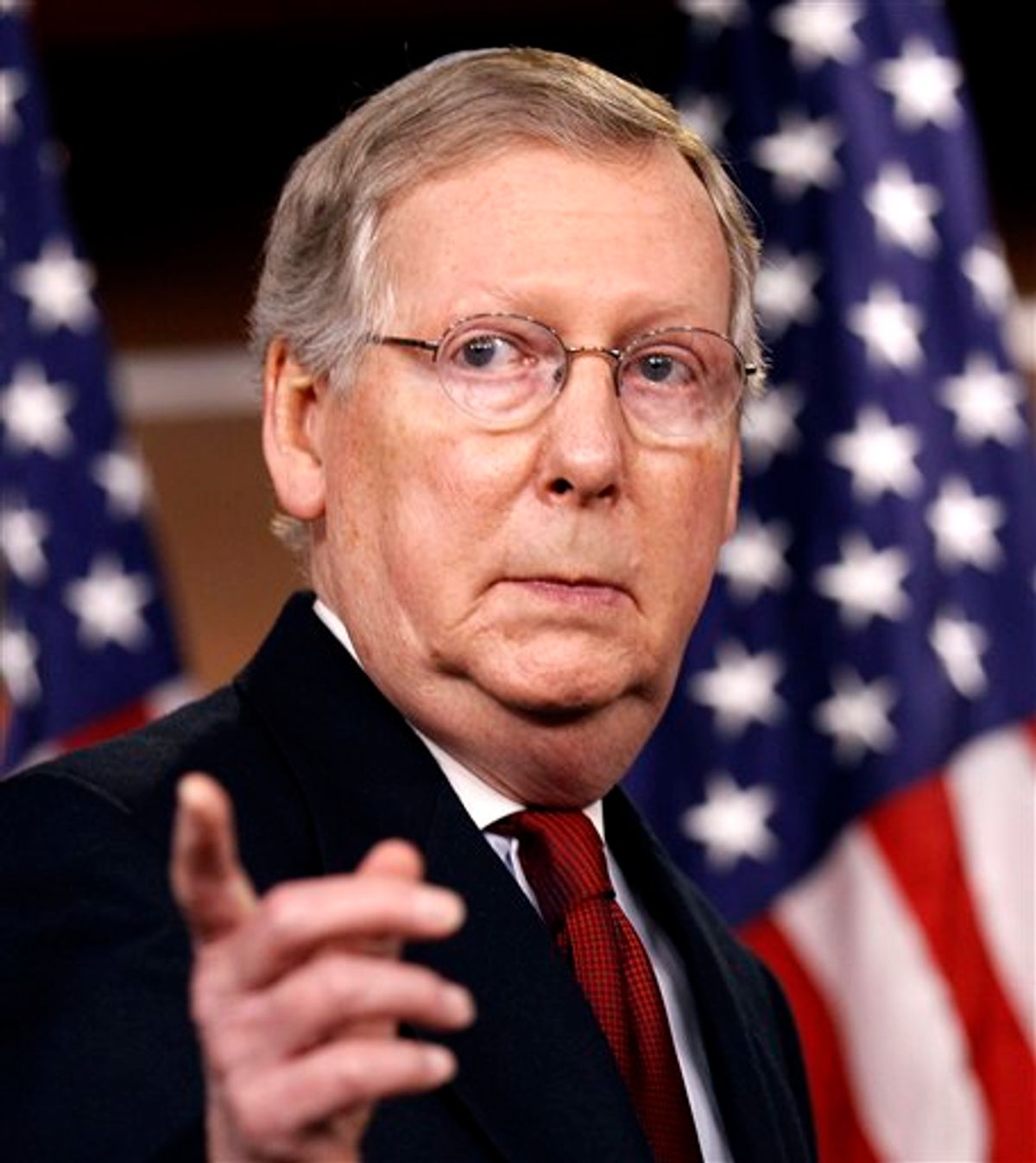 FILE - In this Nov. 3, 2010, file photo Senate Minority Leader Mitch McConnell of Ky., right, takes a question about the elections during a news conference on Capitol Hill in Washington. McConnell said the party's prime mission should be to deny Obama a second term _ the only way, he said, the GOP can really accomplish its goals of undoing the health care law, cutting spending and shrinking government. (AP Photo/Alex Brandon, File) (AP)
--

Senate Minority Leader Mitch McConnell (R-Ky.) is taking some serious heat from his hometown newspaper for the revelation in George W. Bush's memoir that McConnell asked the president to pull some troops out of Iraq to boost the GOP's chances in the 2006 election. As we reported yesterday, McConnell at the exact same time was publicly accusing Democrats of endangering America because of their calls to withdraw troops from Iraq.

At the time that Sen. McConnell was privately advising Mr. Bush to reduce troop levels in Iraq, he was elsewhere excoriating congressional Democrats who had urged the same thing. “The Democrat[ic] leadership finally agrees on something — unfortunately it's retreat,” Sen. McConnell had said in a statement on Sept. 5, 2006, about a Democratic letter to Mr. Bush appealing for cuts in troop levels. Sen. McConnell, who publicly was a stout defender of the war and Mr. Bush's conduct of the conflict, accused the Democrats of advocating a position that would endanger Americans and leave Iraqis at the mercy of al-Qaida.

Unless he is prepared to call a former president of his own party a liar, Mr. McConnell has a choice. He can admit that he did not actually believe the Iraq mission was vital to American security, regardless of what he said at the time. Or he can explain why the fortunes of the Republican Party are of greater importance than the safety of the United States.

McConnell was asked about this at an event yesterday and he again declined to deny the story.  "Well, as I just said, you know, I led the surge effort in the Senate," he told a Kentucky Fox affiliate.