I admit that I don't know everything about voter turnout. Why can't a certain New York Times writer? 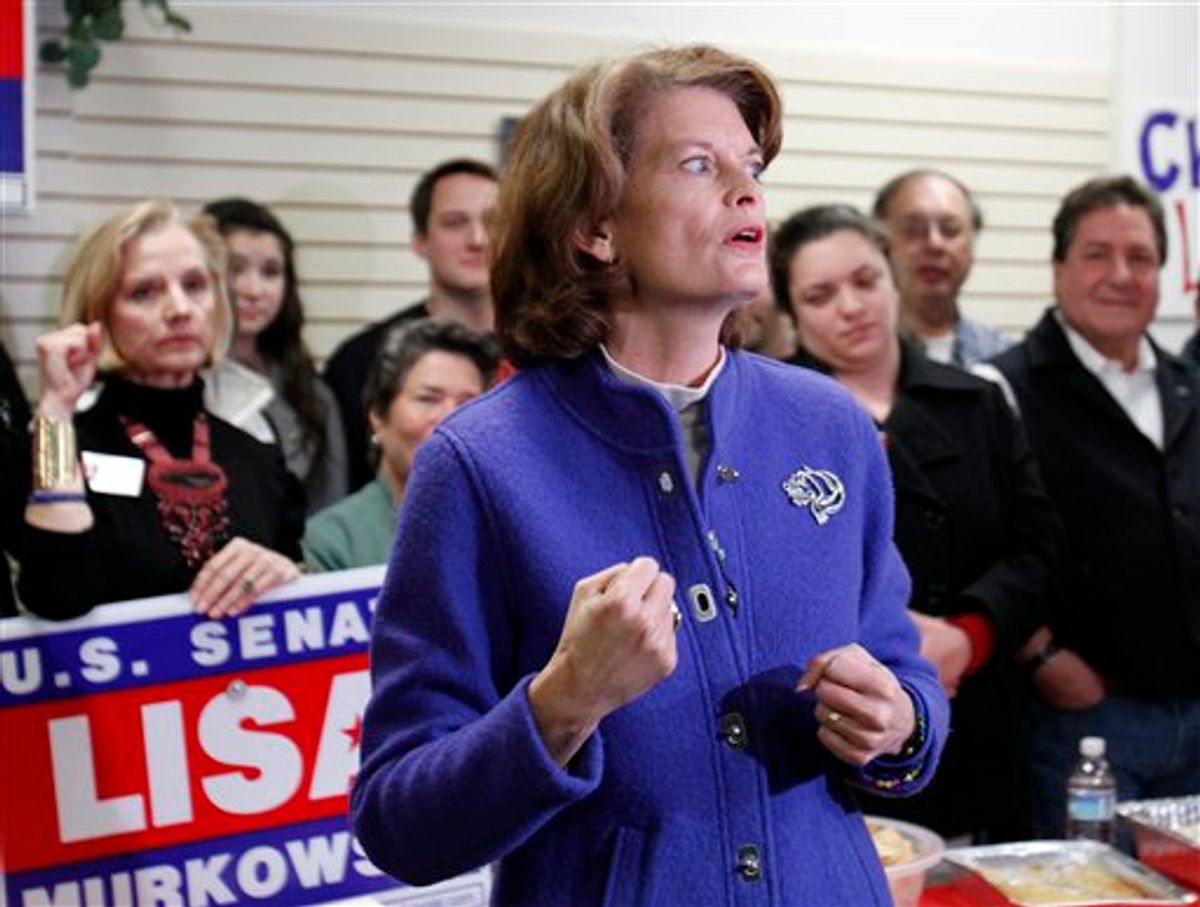 Something like 230,000 Alaskans appear to have cast ballots in this month’s midterm election, compared with fewer than 146,000 who voted in the Republican and Democratic primaries combined...

You have to wonder, given this trend, whether the primary process as we’ve known it can remain tenable. With each passing year, it seems, an ever smaller group of voters in either party -- rallying, in a year like this one, around ever more extreme points of view -- get to effectively determine the options for the rest of the electorate.

"An even smaller group." Sure, Matt Bai.

Let's see... he reports 146K in the primaries, compared with 230K in the general election. So primary turnout was 63% of general election turnout. How does that stack up historically? Is it an "even smaller group?" I don't think so. How about some numbers:

Lisa Murkowski, as political junkies know, was appointed by her father, the previous Senator and then governor. Frank Murkowski was first elected in 1980, another goofy election in which the incumbent Democrat, Mike Gravel, was defeated in his primary by Clark Gruening. So, just like 2010, there was a contested incumbent primary on one side, and an open primary on the other. Turnout?

Gruening, you say? Clark Gruening's grandfather was Ernest Gruening, who Gravel had defeated in a 1968 primary (Gruening, by the way, ran as a write-in in the general, although he finished third). Oh, those wacky Alaskans! So 1968 is our next comparison point, with once against a hotly contested challenge to an incumbent in one primary, while the other primary was open. Again, turnout?

OK, technically, I suppose 63% is smaller than 64% which is smaller than 65%, but really, we're talking about the same ratio. No change. None. Nada. Zip. Not "an even smaller group." The same size group.

I'm picking on this one "fact" because it points to something that's important to remember about Matt Bai, who writes for The New York Times -- paper of record, all that.

Matt Bai either makes stuff up, or hears things from others that are made up, and he doesn't bother to check whether it's true before he puts it in The Times.

Look, I have no idea whether primary turnout compared to general election turnout is up or down since the 1950s (his comparison point). What I do know is that the ratio Matt Bai reported in The New York Times for the 2010 Alaska election isn't historically low; it's historically very, very high for a primary election -- no doubt because it was contested, but that basically undermines his claim that voters, having deserted the parties, no longer will be satisfied with primaries which exclude them from choosing candidates.

Just to demonstrate: This year's Nevada GOP primary was high-profile on the GOP side, with Harry Reid quietly renominated on the Democratic side. Primary election turnout, 292K. General election turnout, 720K. Primary as percent of general, 41%. And again, that's with a very spirited primary on one side. Anything over 60% is, really, shockingly high.

Unfortunately, I don't have readily available primary turnouts from the 1950s. There's some evidence that midterm primary turnout has dropped since the mid-1960s, but so has general election turnout in midterms. And one needs to be careful of all such numbers -- the denominator shifts with the addition of 18 year olds after the passage of the 26th Amendment matters, as do other relatively technical issues. Moreover, with the demise of the Solid South, primaries in statewide races are now rarely the most important election, which may affect participation.

The point is, again, that after some quick checking, I can't tell you for sure about whether the relationship between primary and general election voters has changed since the 1950s. Neither can Matt Bai, but he's going to make grandiose claims, anyway. I do know that a primary electorate that's over three-fifths the size of a general electorate is very high, either this year or historically.

And, yes, I should mention too that his basic premise of an explosion of independent voters is also completely wrong. There are a lot of very interesting stories to explore in the Alaska Senate election, but none of them have anything to do with a mythical rise of independents.

*All other numbers here are approximate, but 100K primary turnout in Alaska in 1980? How about: exactly 100K. No rounding. Exactly 100,000 votes cast. At least according to the wikipedia page, and my (by hand, but twice) addition. Weird, no?