The return of "starve the beast" nonsense

When will we learn that cutting taxes never prompts Congress to cut spending and always increases the deficit? 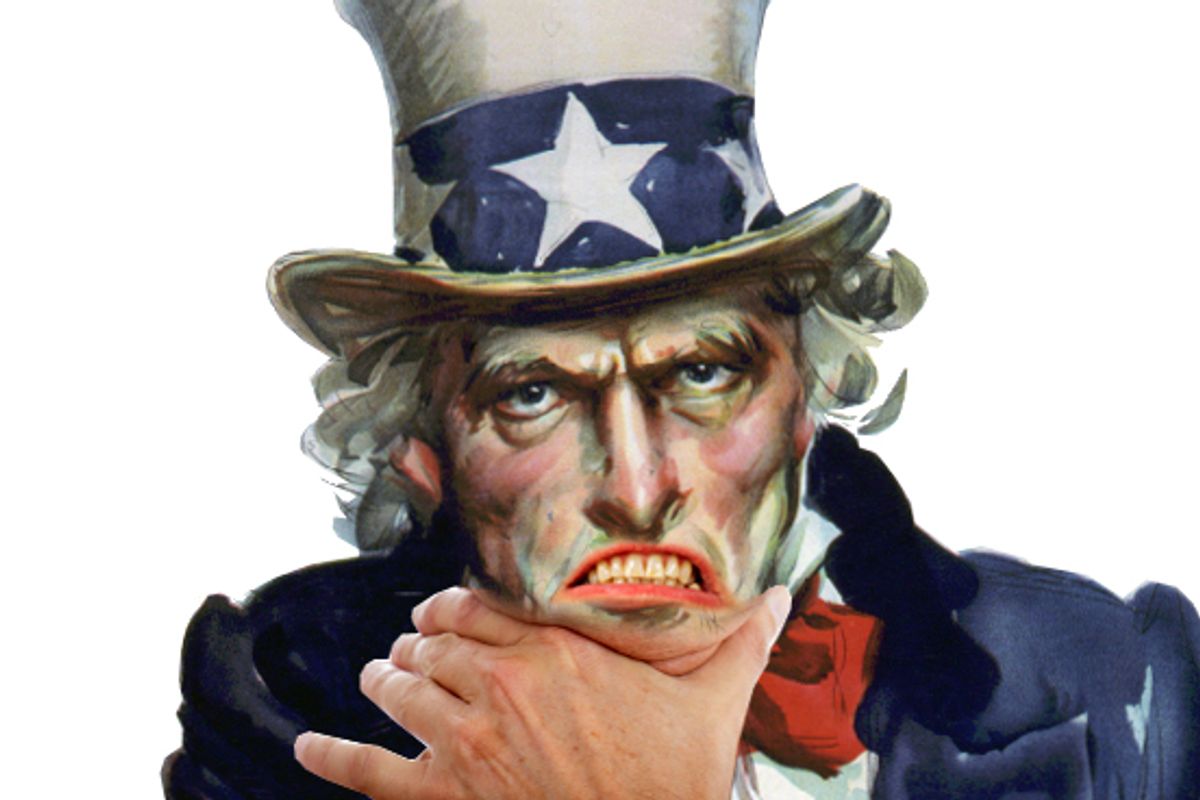 Back in 2001, President George W. Bush told reporters during a press conference that his first round of tax cuts weren't just designed as a "fiscal stimulus." They could also be thought of as a kind of "fiscal straitjacket for Congress."

And that's good for the taxpayers, and it's incredibly positive news if you're worried about a federal government that has been growing at a dramatic pace over the past eight years and it has been.

In other words, the tax cuts were an example of the classic "starve the beast" psychology -- most often associated with GOP strategist Grover Norquist. By depriving the federal government of revenue, the tax cuts would encourage Congress to be more thrifty.

As everyone knows, Bush's straitjacket restricted nothing. Bush's tax cuts busted the budget, turned Clinton's surplus into a deficit, and left the government unprepared to pay for war, recession or spiraling healthcare costs.

In fact, "starving the beast" has never worked -- if we're talking about the federal government. For the last 30 years, tax cuts have always been followed by increased government spending. The reason why, as explained by Cato Institute's William Niskinen, is simple. When you enjoy the benefit of services without paying their full cost, you end up consuming more services. If you, as an individual, are required to pay your credit card bill in full at the end of each month, you will consume only as much as you can pay for out of your real income. But if you can roll over the debt, and never pay the piper, you have no incentive to live within your means. The same principle works for government in general.

The conservative hope is that somewhere down the line, the federal government will finally reach a point where it can't keep borrowing money to pay the bills, and it will finally be forced to cut spending. California offers an instructive example. From a conservative perspective, one might argue that starving the beast has worked in California. Voters made it very difficult to raise taxes but kept adding to the state's spending commitments. Since states must balance their budgets or declare bankruptcy, California was finally forced into making major cuts to services.

The United States government has no problem borrowing money right now. But Republican intransigence on taxes, in the face of the immense decline in government revenue attributable to the recession, and massive long-term entitlement commitments -- specifically, Medicare and Medicaid -- do raise the question of how long the status quo can legitimately continue.

Which brings us to the Simpson-Bowles debt panel recommendations. As many observers have noted, the Simpson-Bowles recommendations have no force of law, and are highly unlikely to be approved by a majority of the commission's panelists. It is not a workable blueprint for fiscal sanity -- it is a fantasy. Simpson and Bowles wave their hands at the most pressing fiscal challenge faced by the United States government -- rising healthcare costs -- and propose a remarkably regressive restructuring of the tax code that would seem to be political suicide for whatever political party attempted to push it through.

Yet even with all those caveats in mind, the panel recommendations are useful as a signpost to the kind of future America faces if Republicans keep blocking tax hikes, while government spending requirements continue to rise. The only reason we even have a debt commission can be attributed to Republican persistence in pursuing their starving-the-beast dream. It hasn't worked yet, but that doesn't mean they will give up. You could even argue that the fact that a commission appointed by a Democratic president is so much as proposing cuts to Social Security is all the proof you need that starving the beast is working, at least on a psychological level.