Turns out troops basically OK with serving with gay people 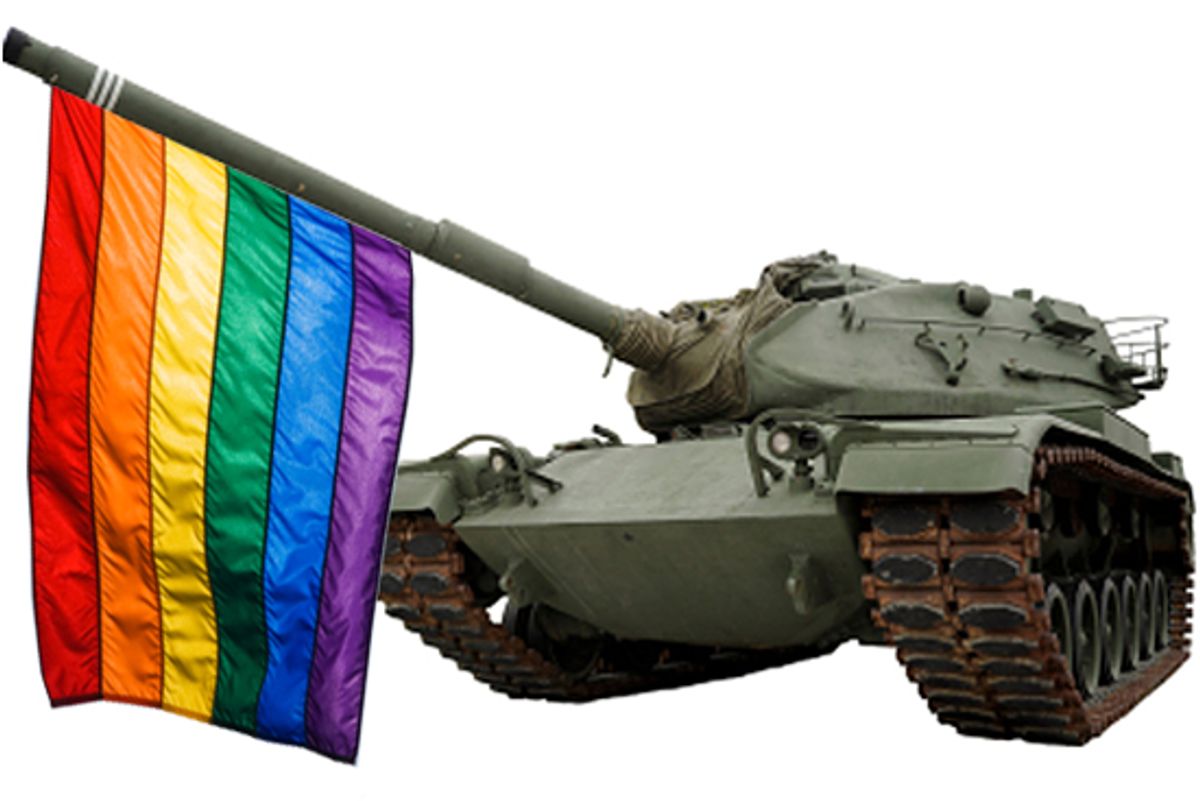 Unlike their conservative old commanders, our actual troops are basically fine with the idea of serving with openly gay people, according to the Pentagon review of the "don't ask, don't tell" policy that is due at the beginning of next month. People who've read the review described its findings to the Washington Post.

Turns out a vast majority -- 70 percent -- of active-duty and reserve respondents to the survey think lifting the ban would be good or "mixed" or not really that different.

The Marines are the most opposed to lifting the ban. Last month, former Marine Commandant James Conway "estimated" -- with no basis, I'm sure, in his own prejudices -- that "90 to 95 percent" of Marines would oppose allowing gay people to serve openly. In reality: "About 40 percent of the Marine Corps is concerned about lifting the ban," according to the Post's source.

So, in three weeks this report will be public, and at that point Republicans will stop coming up with horrible process-based excuses to vote against or block a vote on repealing "don't ask, don't tell," right?