The richest Americans can breathe easy. Their taxes won't go up -- not now, and probably not later 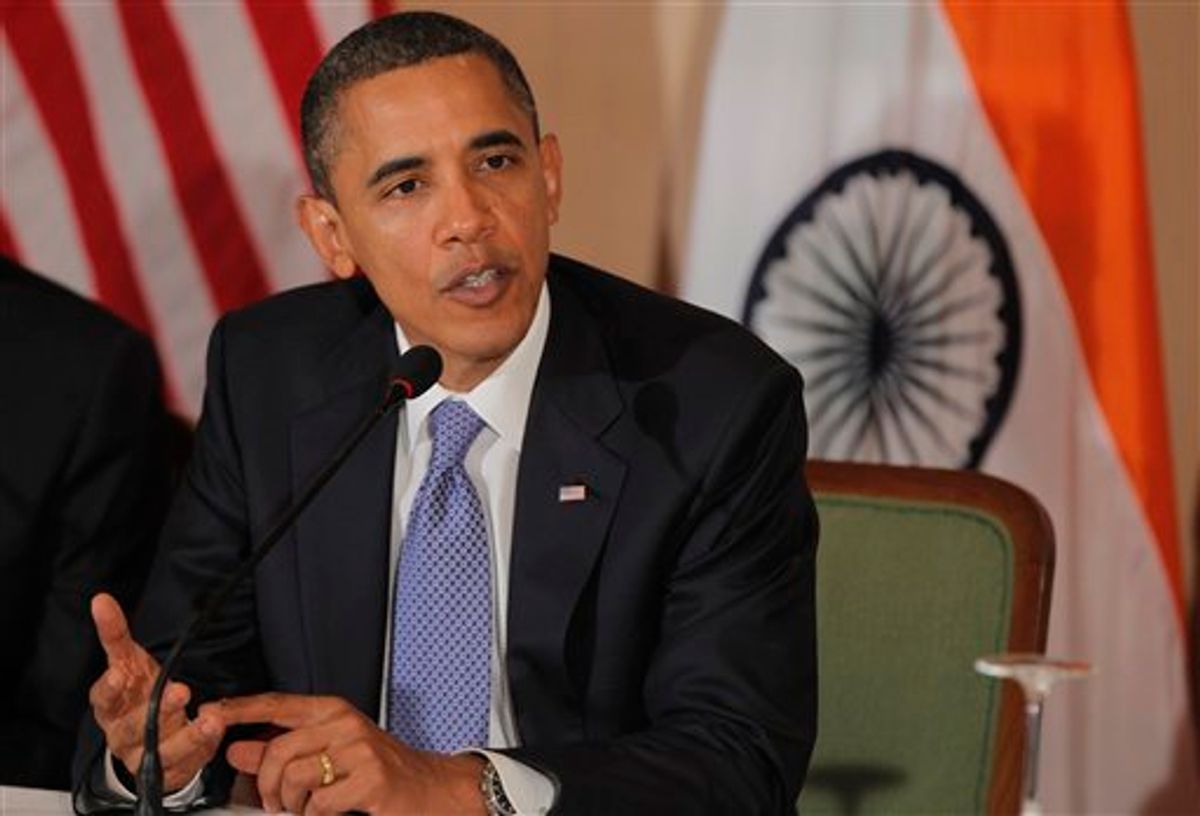 President Barack Obama's top adviser suggested to The Huffington Post late Wednesday that the administration is ready to accept an across-the-board, temporary continuation of steep Bush-era tax cuts, including those for the wealthiest taxpayers...

"We have to deal with the world as we find it," Axelrod said during an unusually candid and reflective 90-minute interview in his office, steps away from the Oval Office. "The world of what it takes to get this done."

As one might expect, the Huffington Post is making a big deal of this news, with screaming banner headlines. But Axelrod is now claiming he said nothing newsworthy.

There is not one bit of news here. I simply re-stated what POTUS and [press secretary] Robert [Gibbs} have been saying. Our two strong principles are that we need to extend the tax cuts for the middle class, but we can't afford a permanent extension of the tax cuts for the wealthy.

Axelrod protests too much. Notice the key difference? The Huffington Post reports the willingness to agree to temporary continuation of the tax cuts, while Axelrod maintains that the White House is still opposing a permanent distinction.

There's no sugar-coating this: The White House has failed utterly on a goal that it tried to make its signature issue right before the midterms. Now the administration is clinging to a very slender thread -- the notion that if Congress makes tax cuts for the middle class permanent, while only allowing a temporary extension of tax cuts for the wealthy, it will force a vote further on down the line on whether or not to continue extending tax cuts for the richest Americans.

Theoretically, Republicans would find such a vote politically damaging. But that supposes that the GOP doesn't continue to press their advantage, and push for  all the tax cuts be made permanent, now. In this context, agreeing outright to a temporary extension is hard to see as anything else than a humiliating defeat. So far, the GOP has conceded nothing, while operating as the minority party in both the House and Senate. What possible reason do we have for thinking that Republicans will be in any mood to compromise, on anything, after such a clear, overwhelming victory?

The implications for further battles -- such as the struggle over Social Security -- are chilling. Economist Mark Thoma puts it succinctly:

Obama made it seem as though this is an issue where he won't compromise, but instead of holding the line and hammering Republicans day in and day out to make it clear who is standing in the way of extending middle class tax cuts, he caves. Why should we trust the administration to negotiate on issues such as Social Security when it can't even win this political battle? When Axelrod says "the president's commitments haven't changed," shouldn't he add "though we have to deal with the world as we find it"? Saying the president's commitments haven't changed yet is not a promise they won't change in the future, and Obama's history suggests they very well might.