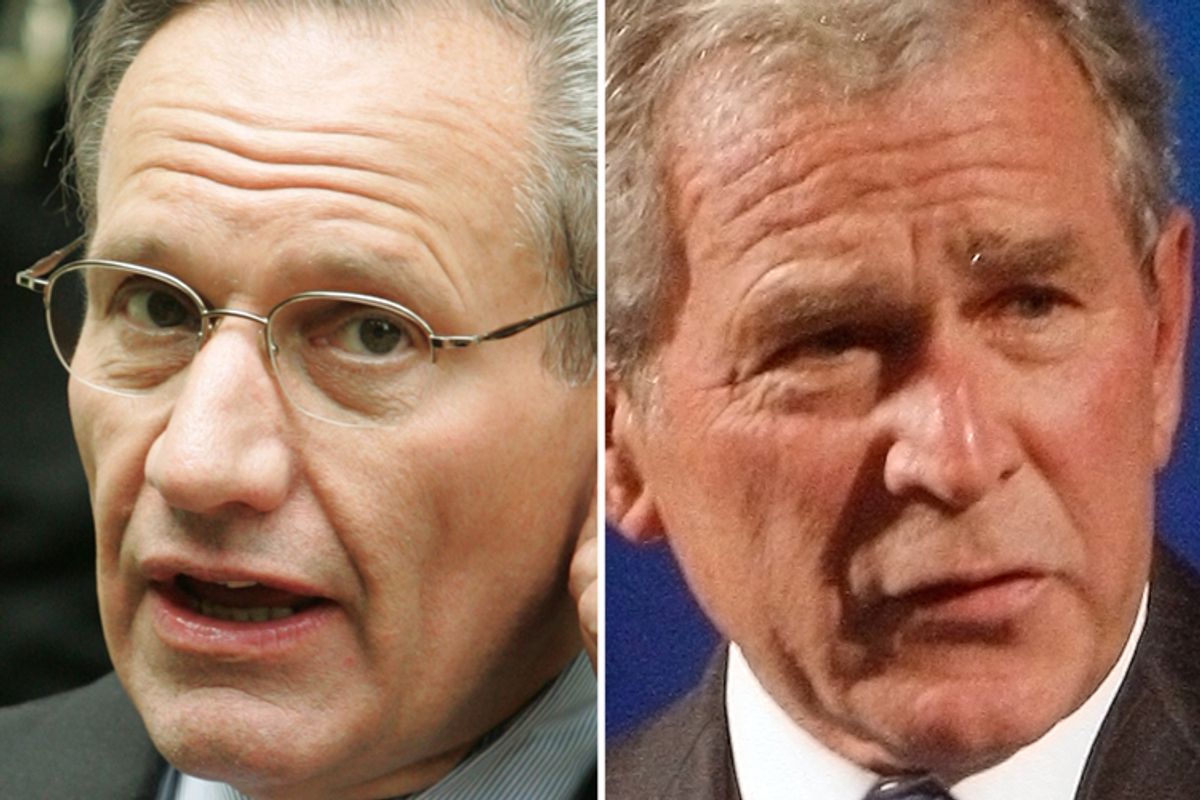 Thank god Bob Woodward can read the minds of everyone in establishment Washington and faithfully record their thoughts months after the fact, because George W. Bush simply would not have been able to write his "memoir" without the help of previously published accounts of his presidency.

Huffington Post's Ryan Grim seems to have plugged every quote in "Decision Points" into a search engine, and it looks like Bush should probably see his TA after class. (My favorite example is on Page 145, where "Decision Points" actually uses ellipses to indicate where an unattributed quote from Woodward's "Bush at War" was elided.)

Bush's publisher is not really that upset:

A Crown official rejected the suggestion that Bush had done anything inappropriate, suggesting that the similarities speak to its inherent accuracy. The editor of Bush's book wasn't immediately able to comment.

So Bush needs help remembering crucial episodes of his presidency! So what? He remembers the important parts of his life --like when his mom showed him a fetus, and when he was rude at dinner -- just fine.

I think we all knew that Donald Rumsfeld's book would be way better, anyway.