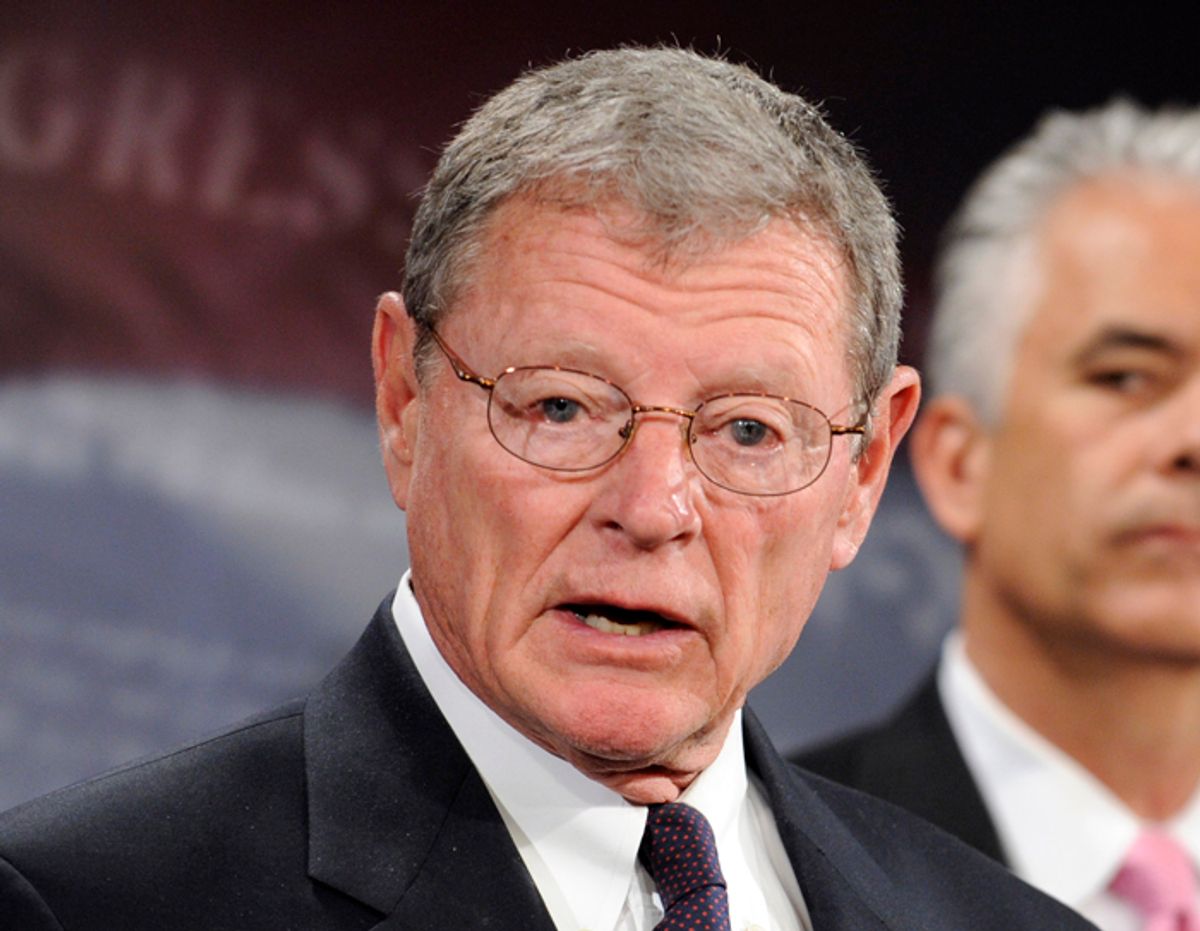 Tea Partiers hate government spending, and like all Serious opponents of wasteful spending, they would like to ban "earmarks." As John McCain taught us, eliminating earmarks will solve the deficit, basically. So newly elected Senate Republicans are being pushed to vote for an earmark ban. It's a contentious issue, because -- like term limits -- it's the sort of thing that Republicans push during elections but get all "just kidding" about once they take office. (Like Democrats and anything designed to help workers organize.) Jim DeMint introduced it, and while GOP leader Mitch McConnell opposes it, Tea Party activists are lobbying hard for on-the-fence Republicans to support it.

Which is why Sen. James Inhofe is calling Tea Party leaders and sending activist this weird, rambling letter about how wonderful earmarks are. Inhofe Earmark doc

Inhofe -- and it pains me to say this -- isn't all wrong. Earmarks are just the way powerful congressmen sent discretionary budget money to their districts, so eliminating earmarks will not actually do anything about the long-term budget deficit. But I'm not sure he'll convince anyone with a reasoned argument about the role of Congress and the declining number of earmarks. He should probably just say, "If we ban earmarks then George Soros will drink your children's blood." That ought to work.