No honeymoon for Elizabeth Warren

The GOP waited decades to start undoing the New Deal. But they're not waiting a second to gut consumer protection 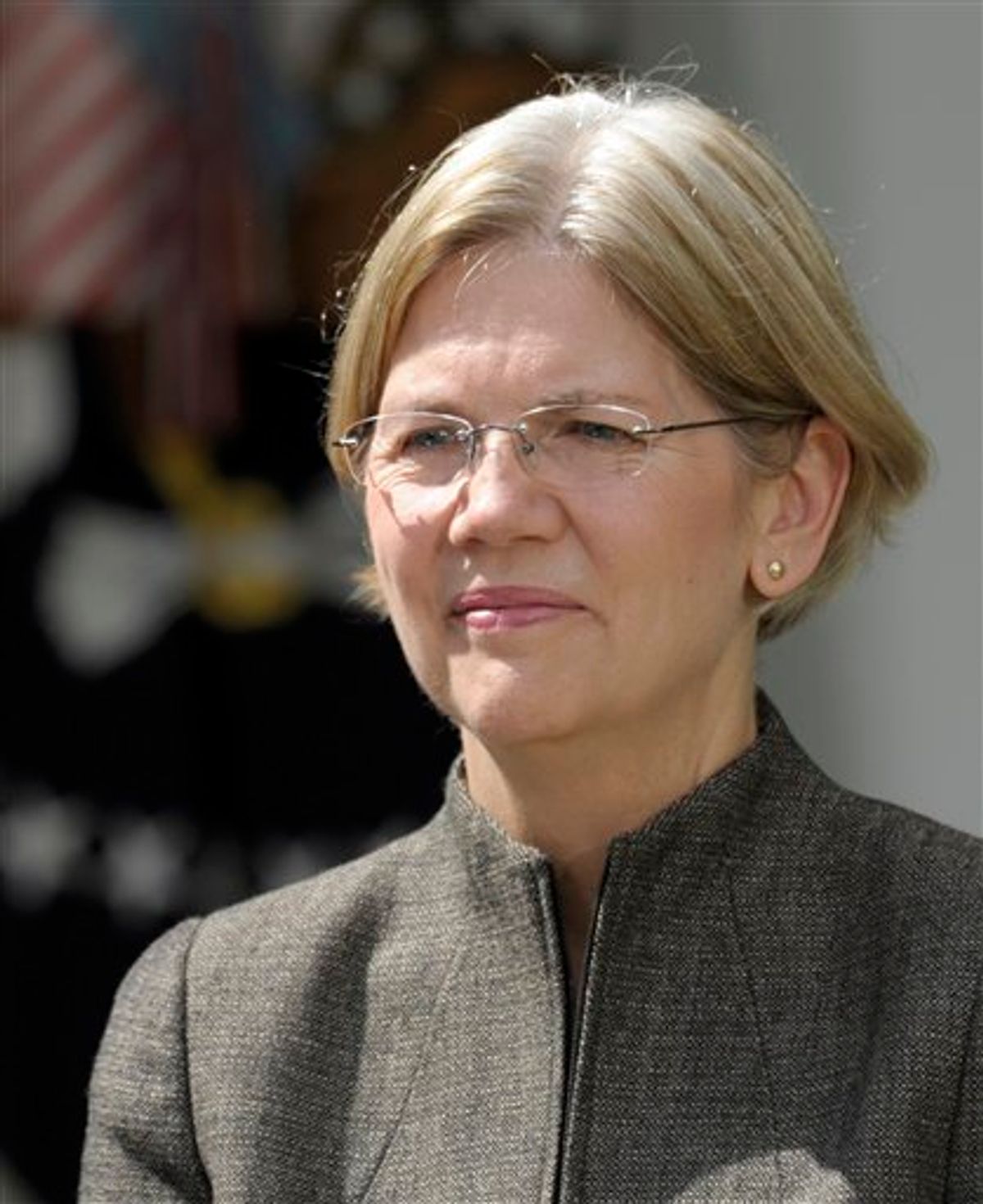 Elizabeth Warren is seen in the Rose Garden of the White House in Washington, Friday, Sept. 17, 2010, where President Barack Obama announces that she will head the Consumer Financial Protection Bureau. (AP Photo/Susan Walsh) (AP)
--

More fun from the Republicans readying themselves for power in the House next year. Last week, American Banker reported that an assault on the not-yet-functional Consumer Financial Protection Bureau is already underway.

Rep. Scott Garrett, who hopes to chair the capital markets subcommittee, took a hard-line stance Wednesday, calling on the administration to dismantle the new consumer bureau before it is even started.

"We don't need a CFPB," he said. "That would be a great first step for this administration if they want to start showing how they are willing to work with us, to say that, 'We recognize the failure that this doesn't do anything to address the problems so let's start unwinding that.'"

Spencer Bachus, in line to take over the House Financial Services committee, has already signaled his intentions to tinker with the CFPB's funding. Under Dodd-Frank, the CFPB receives its funding from the Federal Reserve, thus insulating it from congressional pressure. Bachus wants to make CFPB's funding part of the regular congressional appropriations process -- so he can exert pressure on it.

So what has de facto CFPB director Elizabeth Warren been doing in the meantime? She's been touting the importance of community banks and reiterating her plans to crack down on credit card company abuses.

And pretending to be shocked by the pushback. On Monday, she appeared on "The Rachel Maddow Show":

"I'm really surprised by this move," said Warren. "Following the Great Depression, it took 50 years before anyone started chipping seriously away at the new reforms that had been put in place to protect us ... It's just a matter of months until people are talking about how to undercut this new Consumer Financial Protection Agency. This new agency has not yet drawn breath."

Elizabeth Warren is famed for her plain-spoken folksiness, but in this case, she's just spouting some classic politician blarney. In the 1934 midterms, halfway through FDR's first term, Democrats gained nine seats in the Senate and nine seats in the House. The Republicans ended up with less than 25 percent of the House! Voters delivered a major, irrefutable endorsement of the New Deal. Two years later, FDR rolled to landslide victory.

This time around, the numbers add up a little differently. There is absolutely nothing surprising about Republican enthusiasm for rolling back one of the Obama administration's signal achievements. A 60-seat gain in the House is a real picker-upper.