Will Palin even bother with New Hampshire?

She's skipping the first-in-the-nation primary state on her upcoming book tour. A sign of things to come? 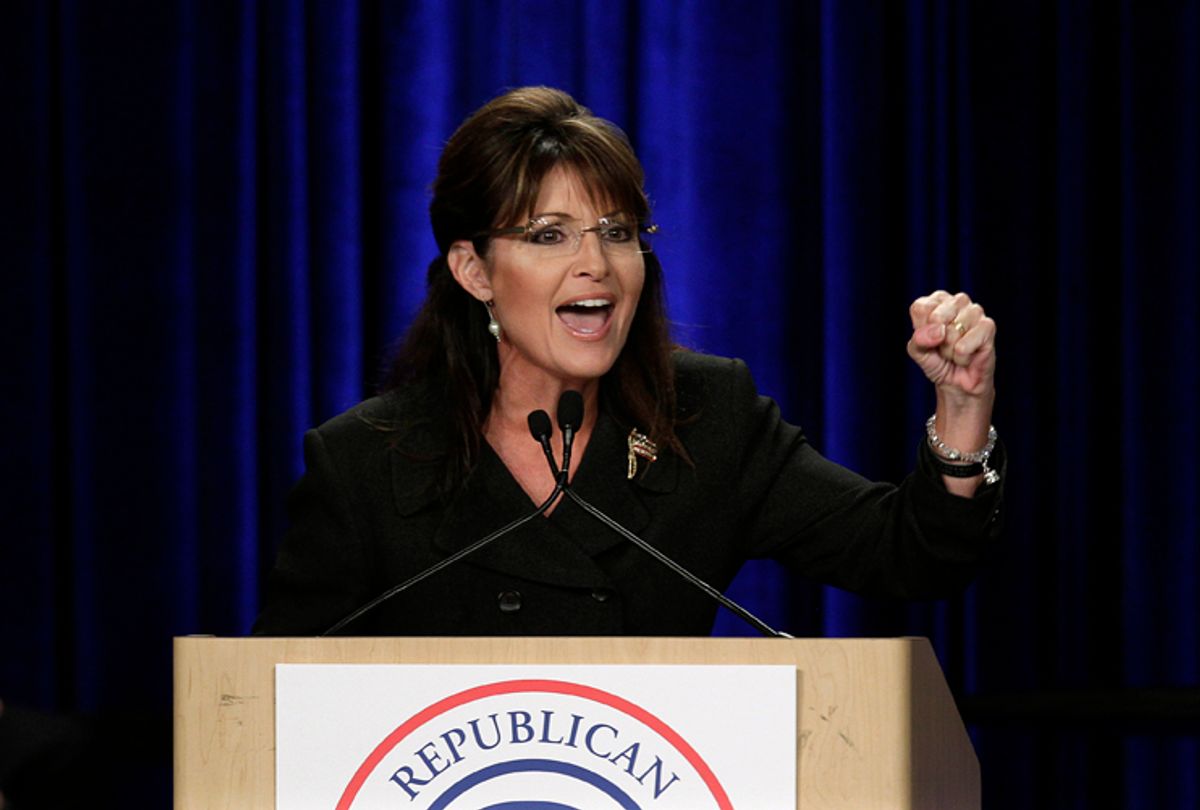 Her scheduled appearances seem confined to Middle America, so it's not necessarily significant that Sarah Palin isn't planning to stop in -- or anywhere near -- New Hampshire on her upcoming book tour. Or that her two-week tour to promote "America by Heart: Reflections on Family, Faith and Flag" will include two stops in Iowa and one in South Carolina -- both sites of traditionally critical presidential nominating contests.

But it is a bit suspicious, especially when you consider that New Hampshire, much more than Iowa and South Carolina, looms as a potential trouble spot for Palin if she does go ahead and run for president in 2012.

As I wrote a few months ago, the Granite State is not typically hospitable to the overtly religious brand of cultural conservatism that Palin embodies. Recall that Pat Robertson came into the state with a head of steam after his shocking second-place finish in the 1988 Iowa caucuses, only to finish in last place with just nine percent (behind even Pete du Pont). The story wasn't much different for Mike Huckabee after he won Iowa decisively in 2008. There's a fierce libertarian strain within the New Hampshire GOP -- vehemently anti-tax and pro-gun, the sensibility Pat Buchanan tapped into in 1992 and 1996.

For Palin, there are already plenty of ominous signs in New Hampshire. Polls have consistently shown her struggling to break into double-digits; the post recent PPP survey has her tied with Newt Gingrich for a very distant third with ten percent (Mitt Romney led with 40 percent). She's also made an enemy of the Manchester Union-Leader, a loudly conservative paper with unusual influence within the Republican Party. The Union-Leader's publisher, Joseph McQuaid, routinely airs his views in front-page editorials and this summer directed his fire at Palin when she waded into the state's GOP Senate primary. Palin's candidate, Kelly Ayotte, eventually prevailed in the primary (and the general election), but only after the Union-Leader's pick, Ovide Lamontagne, mounted a furious late push and came within an inch of derailing her. Ayotte may have survive, but the primary was a testament to the Union-Leader's enduring clout.

It's worth wondering, then, whether Palin will even bother with New Hampshire if she runs in '12. Historically speaking, this would be suicidal. No one in the modern era has won the Republican presidential nomination without finishing first or second in the first-in-the-nation primary. But New Hampshire's status within the national GOP is changing. Two decades ago, back when George H.W. Bush was crushing Michael Dukakis by 28 points in New Hampshire, the state was a more reliable bellwether of Republican opinion. But the GOP has been evolving into a Sun Belt/heartland party. The culturally conservative GOP electorates of Iowa and South Carolina are now far more representative of national Republican sentiment than New Hampshire's oddball primary electorate.

In other words, it's not inconceivable that Palin will run in '12 and focus her early efforts on Iowa and South Carolina, treating New Hampshire like a non-event. (This would have the added benefit of potentially a solid Romney victory there.) She could even steal a page from John McCain's 2008 playbook, when the Arizonan largely wrote off Iowa, only to appear at the very last minute -- just as his national stock was rising -- and snag 13 percent of the caucus vote. Had he waged a full-scale effort in the state, this would have been an awful result for McCain; instead, it was treated as a triumph -- without even trying, he'd beaten Rudy Giuliani (and almost Fred Thompson) and finished a respectable fourth! Palin, especially after an Iowa win, could potentially spin a 13 percent showing in New Hampshire the same way, then head down to South Carolina looking like a winner.