A China trip preview with an opium war cameo 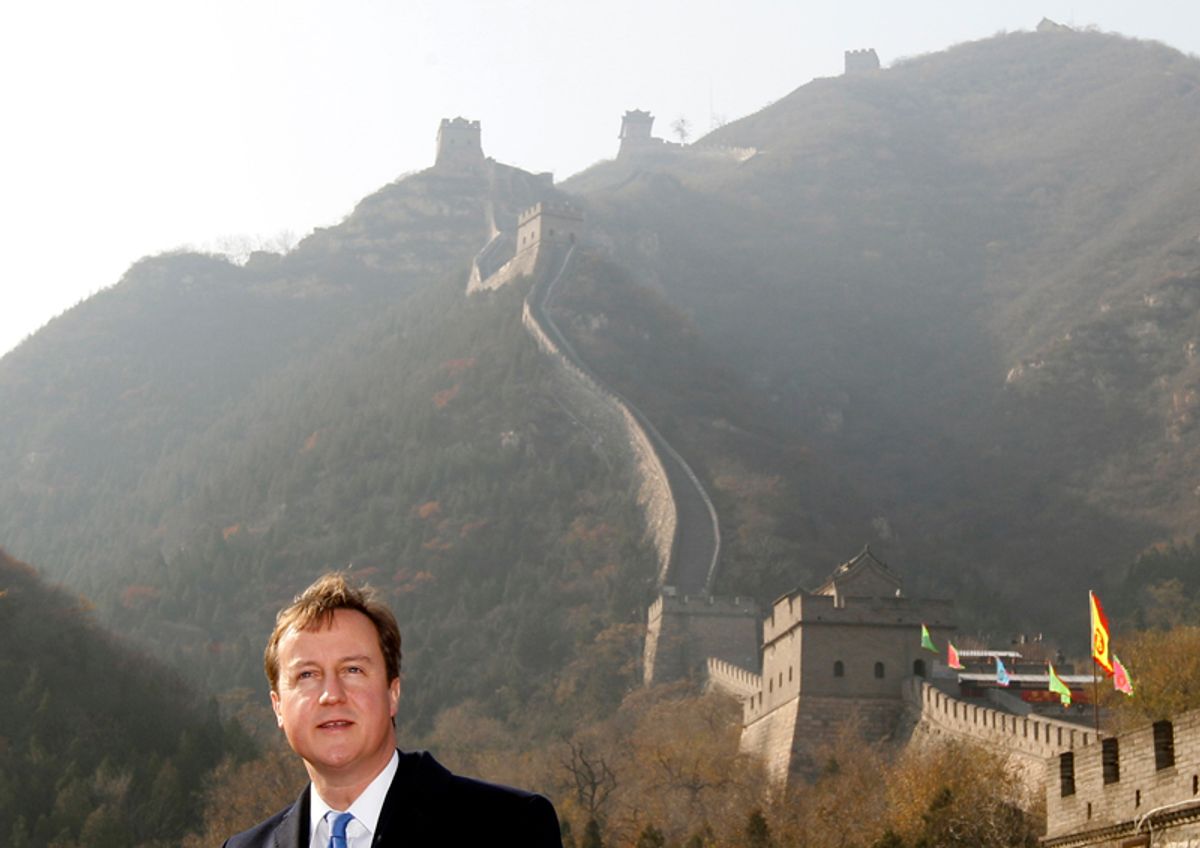 A funny little thing happened near the Forbidden City earlier this week. Just before the G-20 meeting in Seoul, South Korea, U.K. Prime Minister David Cameron visited China. As is apparently common for British politicians during the month of November, he was wearing a poppy symbol on his jacket lapel to commemorate the British soldiers who died in World War I.

The Chinese were not amused. For the British, the poppy recalls a flower thought to flourish on battlefields. For the Chinese, the poppy is an unpleasant reminder of the opium wars in which the Qing dynasty was brought to its knees by the British. Bloomberg reports that the Chinese asked Cameron and his entourage to remove their poppies before entering the Great Hall of the People in Beijing. But Cameron refused.

Among the more notorious of the humiliations visited upon the Chinese by the British and other Western powers was the near-complete destruction, almost exactly 150 years ago, of one the great wonders of China, the imperial Summer Palace, known in China as the Yuanming Yuan, or Gardens of Perfect Brightness.

The memory still rankles, egged on by the Chinese Communist Party, which finds it a useful tool for rallying domestic support, as explained by historian Jeremiah Jenne.

He says the Communist Party designs history texts to emphasize stories of foreign imperialism, like the Yuanming Yuan.

"The Communist Party's basic claim to legitimacy has always been that they've rescued the country from the twin evils of feudalism and foreign imperialism," he said. "So any representations of imperialism, things like the Yuanming Yuan ruins or memories of the Opium Wars, are very important to keep fresh."

But it's not just Communist manipulation that fuels the sense of grievance. When I was studying Chinese in Taiwan, one of my classes focused exclusively on reading a history of the opium wars. It was a revelation to see that incident told from a Chinese perspective, an introduction to imperialism as told by the losing side. The reality of history is that China suffered very badly at the hands of the West, and people are still upset. It is possible for both things to be true at the same time: anger about the memory of the opium wars is legitimate and a product of adept Communist propagandizing.

One of my primary goals during my 10-day trip to China, which starts tomorrow (Saturday), is to constantly be on the lookout for such dualities, to try to understand, for example, how history and economics shape the bedrock reality of the Chinese-American relationship, even as politicians and special interests on both sides of the Pacific pursue their own agendas.

I do not pretend that I will come up with any all encompassing epiphany as to the true nature of China. Readers are correct to note that it is impossible to capture the essence of any country in a mere 10 days, especially one as big or complex as China. My schedule is highly constrained. I will be visiting four cities as part of a media tour organized by the China-United States Exchange Foundation, which bills itself as a "non-profit, non-governmental organization" with a mission of strengthening "engagement between public- and private-sector opinion leaders in China and the U.S. and to support greater recognition of common interests in order to further enhance the positive, cooperative and comprehensive relationship between the two countries." My schedule is already loaded with meetings with academics, business executives and government officials chosen by the Foundation. My opportunities to roam through the rice paddies talking to farmers about government corruption may be limited.

But I still think I have a good shot at deriving a meaningful experience from such a short, constrained trip. I studied Mandarin for 10 years. I've visited China three times before, albeit not since 1991. I lived in Taiwan for four years. I am reasonably well grounded in Chinese history and politics and have paid close attention to the Chinese economy since the early 1980s.