Can the president convince a GOP House and angry Americans that we need more government intervention -- not less? 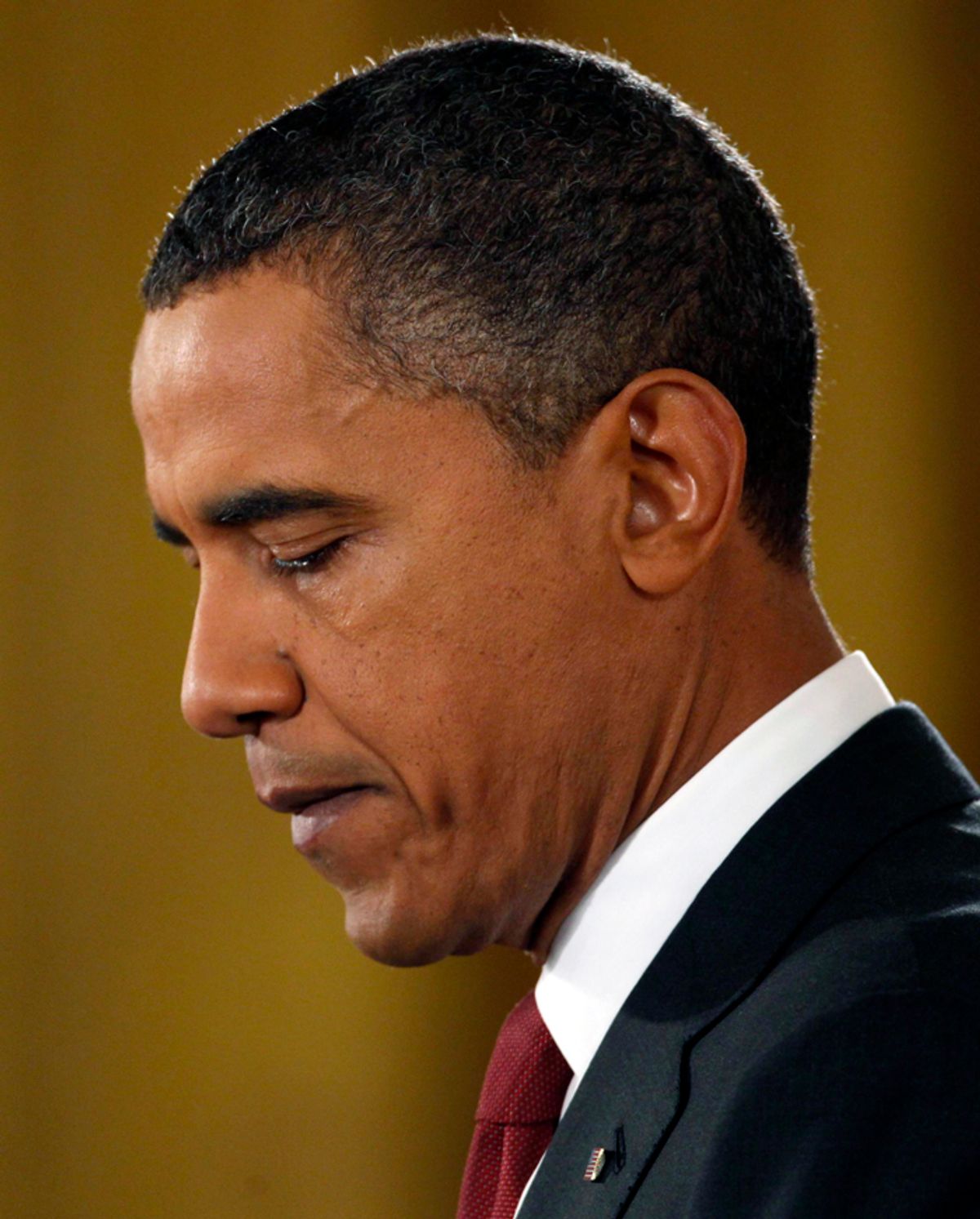 In 2008, candidate Barack Obama fashioned an appeal to independent voters and young adults based in large part not on specific policy pledges but on his promise to end the culture of hyper-partisan hyper-bickering that was poisoning the country's political well.

Implicit in that promise was the assumption that through rational, consensus-building rhetoric and pragmatic policy solutions to America's serious, and growing, social and economic problems he could reforge broken bonds of trust between the citizenry and its governing institutions. When I set out to write my book, "Inside Obama's Brain," shortly after the last presidential election, the many interviews I conducted about how Obama thinks, how he approaches problems, how he views the political process, led me to conclude that this was the single most important part of Obama's agenda and his credo.

In office, Obama's failure to reestablish those bonds of trust, without which no major social policy reforms can command long-term, stable majority support, is the greatest calamity of his presidency. Legislatively, in his first two years, he actually has accomplished a tremendous amount -- far more than any Democratic president since Lyndon Johnson. Yet, having failed to change the public's deep distaste for government, and, increasingly, for the very idea of federal governance, he risks seeing his achievements undone over the next two years.

Most people in America want a fairer healthcare system, yet they now distrust government too much to cede it the power to truly reform the system. They want fuller employment, yet don't want government to spend money to stimulate job growth significantly. They want better schools, roads, parks, coastal protections and so on, but they've been so conditioned to oppose any and all taxes that they no longer are willing to cede government, at either a local, state or federal level, the fiscal resources to adequately pay its way. They fear the power of great transnational corporations, banks in particular, yet they loathe government so much that great chunks of the electorate no longer tolerate regulatory systems that can hold big business at least partially accountable for the messes -- economic, social and environmental -- that it routinely creates.

This is a recipe both for political incoherence and also for an increasingly snarling, nasty culture, a culture turned in on itself and its great democratic institutions. This is a political broth out of which bubbles extremism.

Obama believes in good government, in moderation, in a smart, worldly, calm approach to politics. He believes that government can, and should, act on behalf of ordinary people to protect them from the vagaries of an unregulated market and also to smooth out the rough edges created by boom-bust cycles, inequality, and the twists and turns of history. And -- in hindsight, his Achilles' heel -- he believes that others buy into this notion as passionately as he does. After all, in a crisis of the magnitude that he inherited in 2008, when only the U.S. government had the muscle to restimulate a disastrously contracting economy, who wouldn't support such a role for government?

Confident that the voters would sign onto an expansive role for government, Obama neglected -- as he admitted in his humbling post-election press conference on Nov. 3 -- to spend enough time and energy communicating his vision to the country.

Unfortunately for him, and for his broader progressive political agenda, conservatives have spent the last 30-plus years demolishing any notion that government can ever be a force for good in the social and economic arena. Most voters no longer really remember a time when government institutions were held in anything other than contempt.

And so, who didn't support an expanded role for government? The answer to that question is many conservative politicians, many businesses -- keen to accept bailout money from the feds but desperately unhappy at being more rigorously regulated as a cost of survival -- and, most seriously for the president's political prospects, an increasingly cynical, disillusioned electorate.

So, now comes the really hard part: To avoid either a double-dip recession or, worse, prolonged deflation, Obama has to convince a GOP House, and an ever-more vitriolic electorate, to tolerate more governmental intervention to stimulate a still desperately weak economy. And there's not a huge amount of evidence that either the public or the Congress will go along with it.

All of which will create a vicious downward spiral, not just economically -- in terms of the incomes and long-term prospects of the poor and lower middle class -- but also politically. If tens of millions of Americans remain mired in devastating poverty, they will get angrier and angrier at government, and its inability to grapple with the towering challenges of the age; and they will take out their frustration on every governing institution with which they interact. The conditions are being created for a perfect storm of kooky extremism -- on both the left and the right -- in which rationality comes off as vacillation, nuance as elitism.

It is all a far cry from the remade social compact that Obama envisioned when he threw his hat into the ring to mend a broken system back in 2007.