Ending the Bush tax cuts: Riskier than you think

Polls shows voters are OK with raising rates on the rich, but there still might be a backlash if Democrats do it 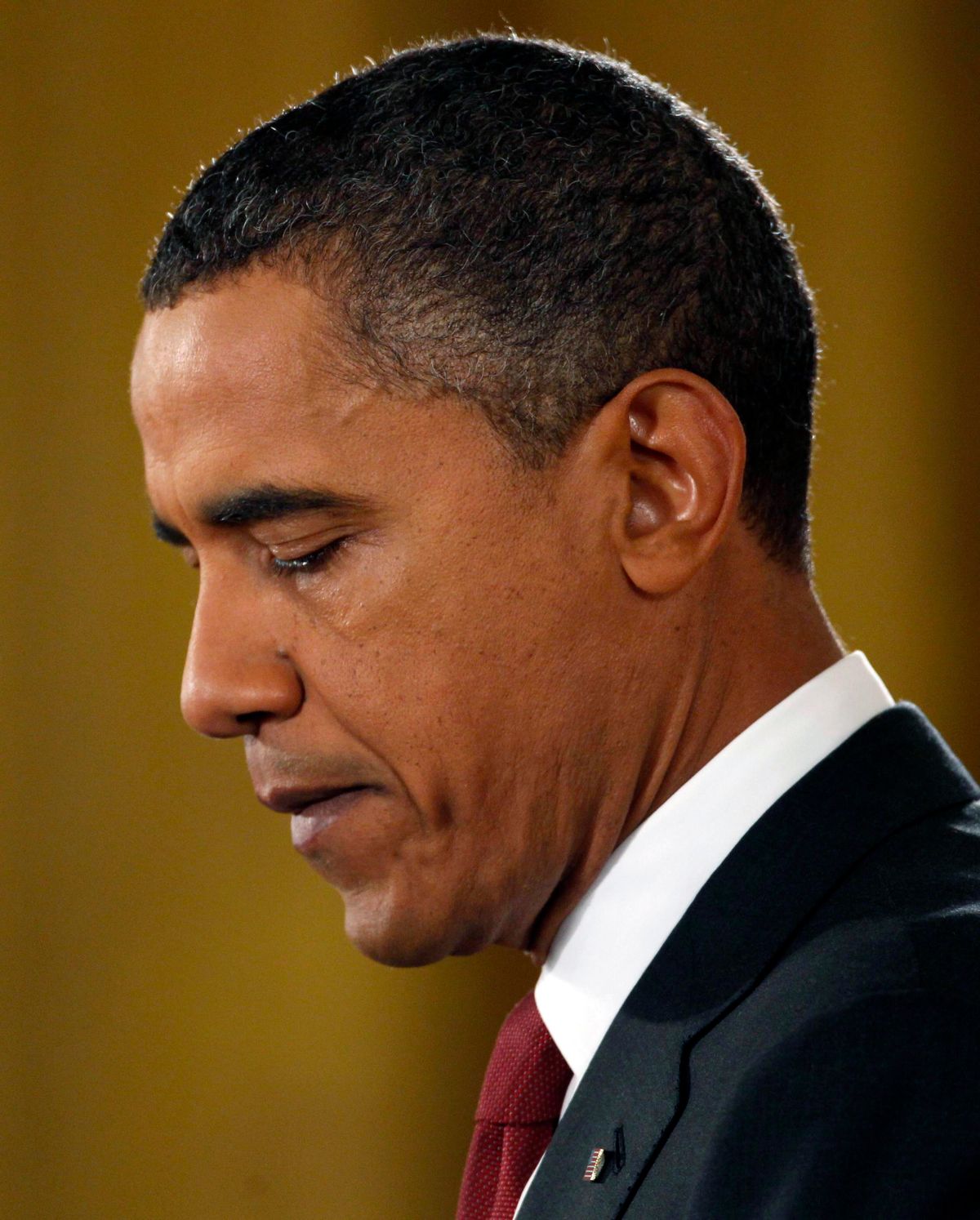 Let me be clear upfront: From a policy standpoint, the case for allowing the Bush tax cuts for the wealthiest Americans to expire is very, very solid. (Heck, the policy case for allowing all of the tax cuts to expire isn't that bad, either, when you consider that the savings could be used to, say, extend unemployment benefits or shore up Medicare -- not that this idea is on the table.)

What is not solid, though, is the insistence of progressive activists that using the lame-duck session of Congress to restore rates for the wealthiest (read: those making $250,000 or more) to their Clinton-era levels would be a political slam-dunk for the White House and Democrats -- that reaching a compromise with Republicans would mean ducking from a fight that would significantly boost the standing of Obama and his fellow Democrats.

Superficially, the activists have a point. Polls typically show that voters are fine with the idea of raising rates on the rich, especially when the alternative is cuts to programs that are popular with the middle class. Thus, a recent survey from the Progressive Change Campaign Committee found that voters, when asked to choose between cutting Social Security, cutting defense spending and raising taxes on the wealthy, strongly preferred socking it to the rich. Similarly, exit polls from the Nov. 2 midterms found that 51 percent of voters -- the same voters who propelled Republicans to a 60-plus seat gain in the House -- say they want Bush-era tax rates on the wealthy to expire.

"This polling is remarkable," the PCCC's Stephanie Taylor has said. "If Democrats compromise on tax cuts for the wealthy, or entertain for one minute the idea of cutting Social Security, it would be both a policy disaster and a monumental political blunder -- and they'd risk losing the Senate and maybe even the White House in 2012."

If only it were this easy. What this logic ignores, of course, is how illogical public opinion is, and the repeatedly demonstrated willingness of voters to embrace conclusions (and the candidates and parties who embody these conclusions) that directly contradict their own stated policy preferences.

Just think back to how we came to have "Clinton era rates" in the first place. When Bill Clinton came to office in 1993, the deficit was -- like today -- unusually prominent in the national political debate. (Paul Tsongas and Ross Perot had made attacking the national debt a popular rallying cry in their surprisingly strong 1992 White House bids.) Clinton quickly became convinced that moving toward a balanced budget would solidify Wall Street's confidence and help expand the economy, so he made deficit reduction the centerpiece of his first budget. Then, as now, polls showed that voters, forced to make a choice, preferred the idea of raising taxes on the rich to seeing their favorite programs and services slashed. Thus, Clinton proposed creating a new income tax bracket -- to be applied only to the top 1.2 percent of income earners. He also called for expanding the earned income tax credit in an effort to put some extra cash in the pockets of working men and women.

On paper, his budget should have been a big hit, since his priorities seemed to be in line with the preferences of most voters. But it wasn't. In fact, it was deeply, horribly unpopular -- even though Clinton fought relentlessly for it, reminding the public over and over that the income tax increases were aimed only at the wealthy and that middle-class Americans wouldn't be asked to pay more. They ignored him, egged on by a unified Republican Party that claimed "the largest tax increase in history" would plunge the country, only then emerging from the economic slump of the early '90s, into a painful second recession. Within Congress, Clinton prevailed (by a single vote in the House and by Al Gore's tie-breaking vote in the Senate), but in the court of public opinion, he and his party paid dearly.

When the plan was enacted, an NBC/Wall Street Journal poll found that 82 percent of Americans believed their personal income taxes would rise. That number dropped a little in the next year, but not that much -- even after the first Tax Day under the new rates came and went. Ed Goeas, a GOP strategist, penned a memo in early '94 urging Republicans to keep up their tax rhetoric:

"One must realize that an overwhelming majority of voters still believe that the president raised their taxes, and as April 15 nears and their animosity and anger towards tax increases grows, it is likely that their anger will be directed at Clinton. In polling, truth is what the people perceive. With a perception that 68 percent believe Bill Clinton raised their taxes, that anger will be pointed toward Bill Clinton."

The '93 budget was not the only reason Republicans gained 52 seats in the 1994 midterms, but it was clearly a contributing factor. Voters still felt uneasy -- the economy was recovering, but it wasn't yet growing in a way that would insulate Clinton and the Democrats -- and didn't feel like their lives were getting much better, meaning they weren't in the mood to cut their new president and his party any slack. So if Republicans said Bill Clinton raised their taxes, well, that sounded about right. Never mind that Clinton insisted -- loudly, repeatedly and correctly -- that he hadn't.

Policy-wise, of course, it's hard to argue with the course Clinton set the country on with that first budget. The years of prosperity that ensued speak for themselves. Notably, though, he didn't reap any political benefit until the economy was growing again -- when voters finally decided that their lives were getting better. Recall that in 1996, Bob Dole and the Republicans thought they had a big political winner with the tax issue; Dole, the old deficit hawk, made Jack Kemp his running mate and ran on a promise to slash income tax rates by 15 percent across the board. It was a transparent attempt to play on the false beliefs that voters held about Clinton's budget in 1993 and 1994. But by '96, voters were feeling better about their lives and were no longer interested in hearing that Clinton had raised their taxes. They tuned Dole out, something they never would have done two years earlier.

Clinton's experience is worth keeping in mind now. As I wrote at the top, the policy case for letting the Bush tax cuts for the wealthy expire is strong. But until voters feel better about the economy, they won't give Obama any credit if he insists on this course. That doesn't mean it's not worth doing. But let's not kid ourselves about the politics of this.