Study reveals how to get in da club 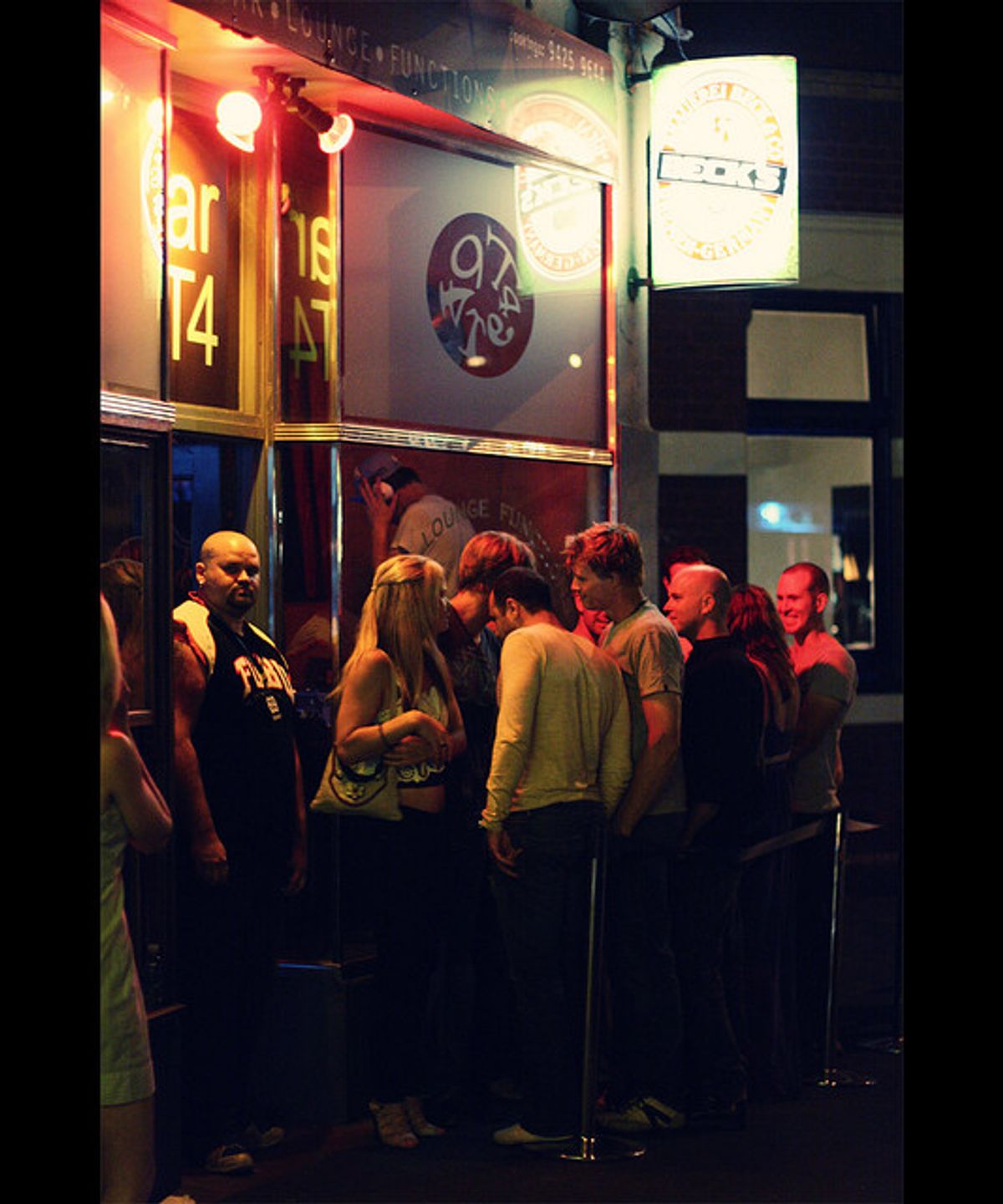 Are you in or are you out? The guy on the left decides.
--

The most sage advice to gaining, and retaining, entry to haute nightclubs around the world is to A) be famous, B) be ridiculously good looking and C) avoid company like Amy Winehouse and Sebastian Bach.

Since most of us don't meet A or B and will never meet a celebrity, even an inebriated one, Lauren Rivera decided to go undercover and find out just how the Average Joe and Jane could get into the most exclusive of nightclubs.

Rivera is a professor at Northwestern's Kellogg School of Management and she set out to study status with a simple sociological question: How do people evaluate the worth of others in "unrestrained social situations," i.e. nightclubs and bars? Or, how do non-celebrities get in da clubs 50 Cent pops bottles in?

She spent six months as a coat-check girl in an impossible-to-get-in Mahattan club, which she won't name, observing the bouncers and later interviewing them to discern who they let past the velvet rope and why. Her findings were recently published in the journal Qualitative Sociology.

Some of the reasoning is obvious: Regulars were admitted far more than first-timers, and a man with a gaggle of women always beat out a dude flying solo. After that, bouncers took a more nuanced approach to who they let in and kept out.

Sure, that guy in the Gucci suit looks like a fashionable fellow, but the orange spray-on tan and ratty sneakers sort of ruin the impression he's trying to give off. And the chick with the Prada bag seems chic, but her knock-off dress isn't fooling the guys at the door. Bouncers are keenly tuned into trendiness, Rivera noticed, and aren't swayed by flashy labels.

Her most shocking find was that the bouncers at the club, who were predominately black and Hispanic, seldom let in black and Hispanic men because they were "trouble." They were also more inclined to let in a black or Hispanic with a distinct accent, like Caribbean, over an American-born black man.

Senior citizen Ruth Flowers, aka DJ Mamy, has no problem getting into Europe's nightclubs: