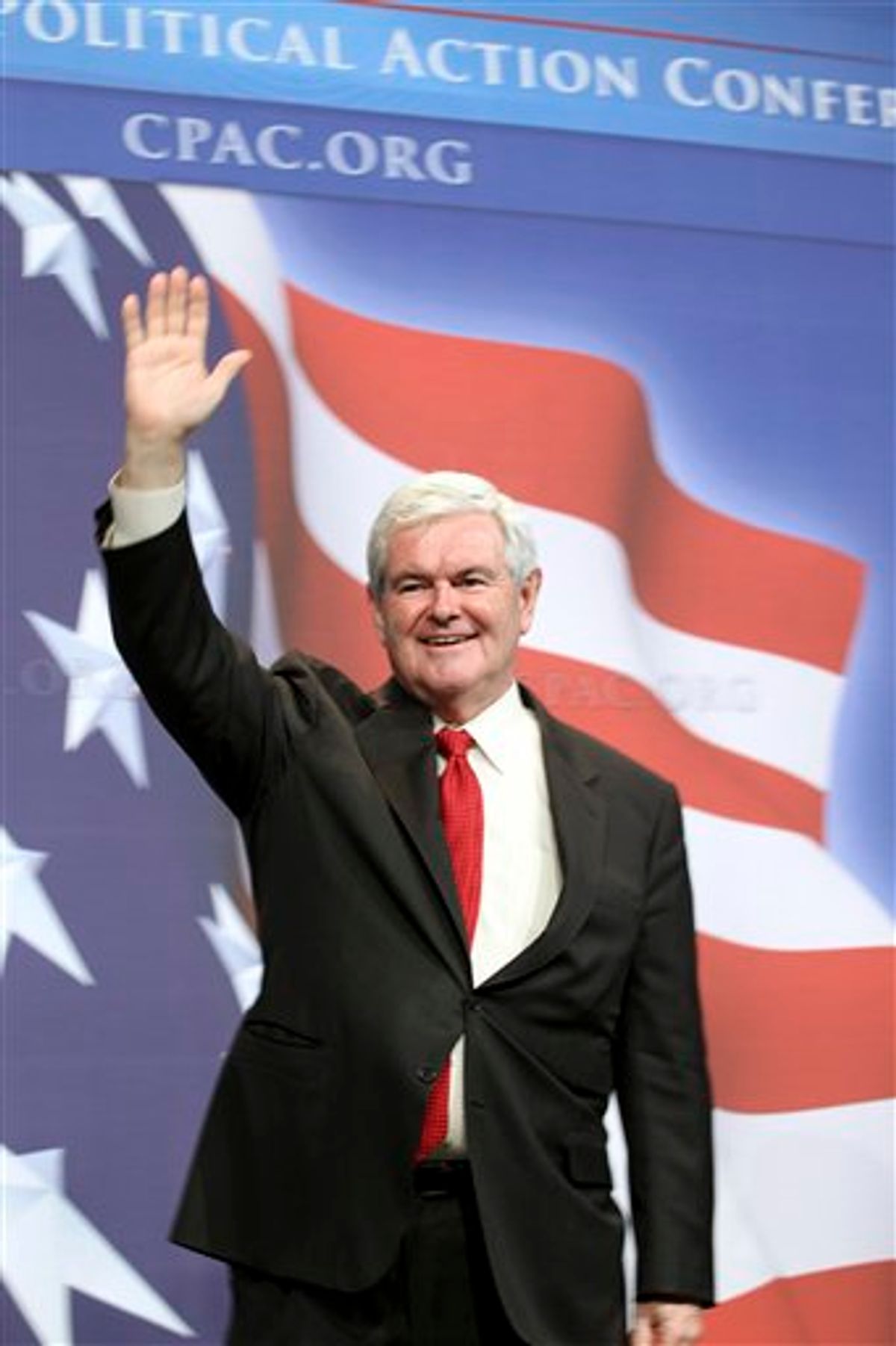 FILE - In this Feb. 20, 2010, file photo, former House Speaker Newt Gingrich waves to his supporters after addressing the Conservative Political Action Conference (CPAC) in Washington. Gingrich may be running for the Republican presidential nomination. Or maybe he is just running all the way to the bank. (AP Photo/Jose Luis Magana, File) (AP)
--

News consumers woke up this morning to yet another round of headlines touting the possibility that Newt Gingrich will run for president in 2012, and that he and his wife, Callista, will make a decision in February or March of next year. This time thanks goes to "Meet the Press" host David Gregory, who asked Gingrich about his plans on Sunday.

Gingrich has now been repeating the exact same formulation about his plans for about a year and a half. And every time he does it, the media reports it as if it's new. That's despite the fact that, by our non-comprehensive count, Gingrich has repeated in 20 separate interviews that he will make his decision in February or March of 2011.

Context is especially crucial in Gingrich's case because, as Salon has documented, he has a history going back to 1996 of making empty presidential campaign threats. They are a great way to get free publicity, especially when you're in the political fundraising business, as Gingrich is. And journalists play their part too, repeatedly asking Gingrich the same question, despite his crystal-clear, oft-repeated position.

Gregory, for example, said on Sunday: "Speaker Gingrich, somebody made a smart point the other day, said, 'You know what, Newt Gingrich will be the first to announce for president. He'll do it in January in Iowa.' Where are you? You going to run?"

To get a better sense of this phenomenon, here's a timeline of coverage of Gingrich's statements; many of the instances resulted in stories touting Gingrich as a possible presidential contender, almost always lacking the context that what he was saying was not new:

Here's the video from "Meet the Press," with partial transcript below: