Ginni Thomas out at Tea Party group she started 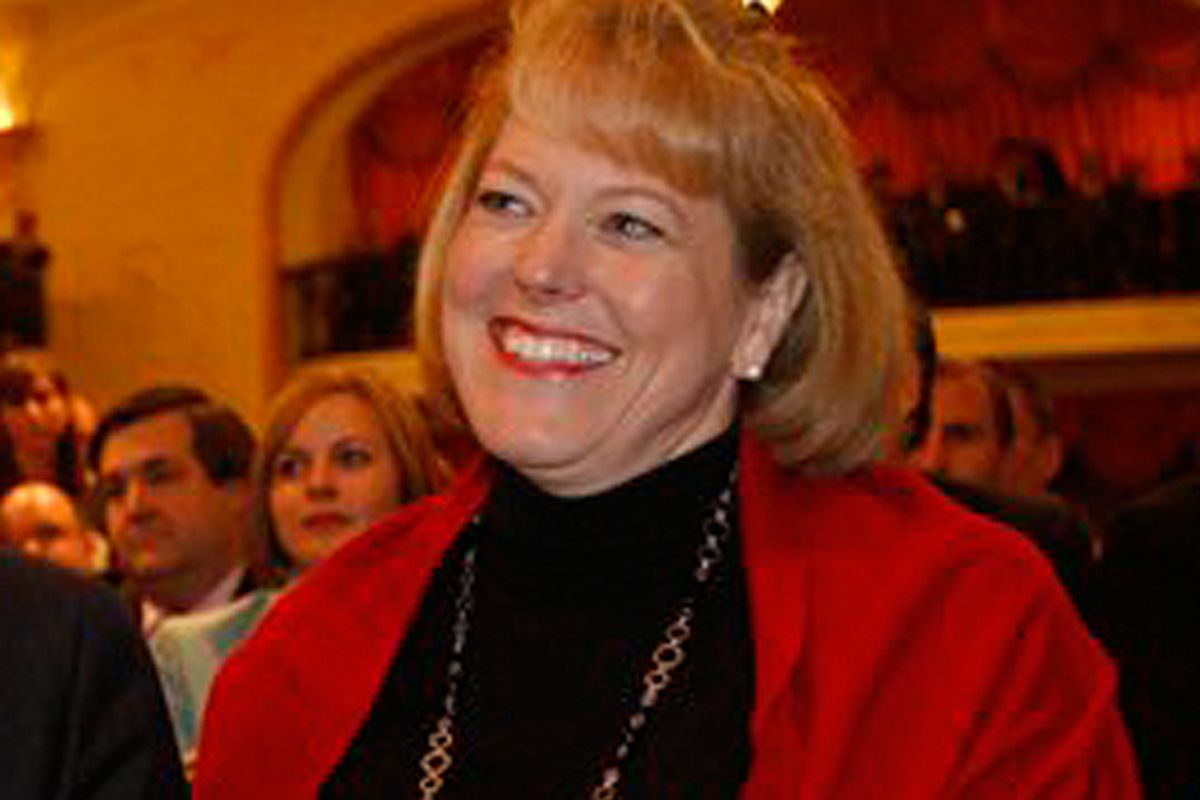 Virginia "Ginni" Thomas is stepping down from Liberty Central, the Tea Party nonprofit group she started earlier this year. Not because political activism and fundraising (from anonymous donors) by the wife of a Supreme Court justice raises ethical questions, but because the media keeps bugging Ginni about said ethical questions. Just last month, Ginni had to remove her name from a "memo" that called Obamacare unconstitutional, so that her husband wouldn't have to recuse himself when it came time for him to decide that Obamacare is unconstitutional.

And also there was this thing a little while ago where Ginni called up the woman her husband sexually harassed many years ago, and demanded an apology. That one confused a lot of people.

Ginni will take "a back seat so that Liberty Central can continue with its mission without any of the distractions.” The powers that be seem to have decided that they don't want Ginni in charge of millions of anonymous dollars, and her organization is apparently merging with The Patrick Henry Foundation, a group founded by lying nutcase ex-FBI agent Gary Aldrich. ( Liberty Central's flack is accusing the Post of breaching "confidentiality" in reporting this fact, and they refuse to confirm it.)

Here, because I find it amusing, is a video of Ginni Thomas introducing you to Liberty Central: