On "Meet the Press," the senator explained what new conditions need to be met to win his support for repeal 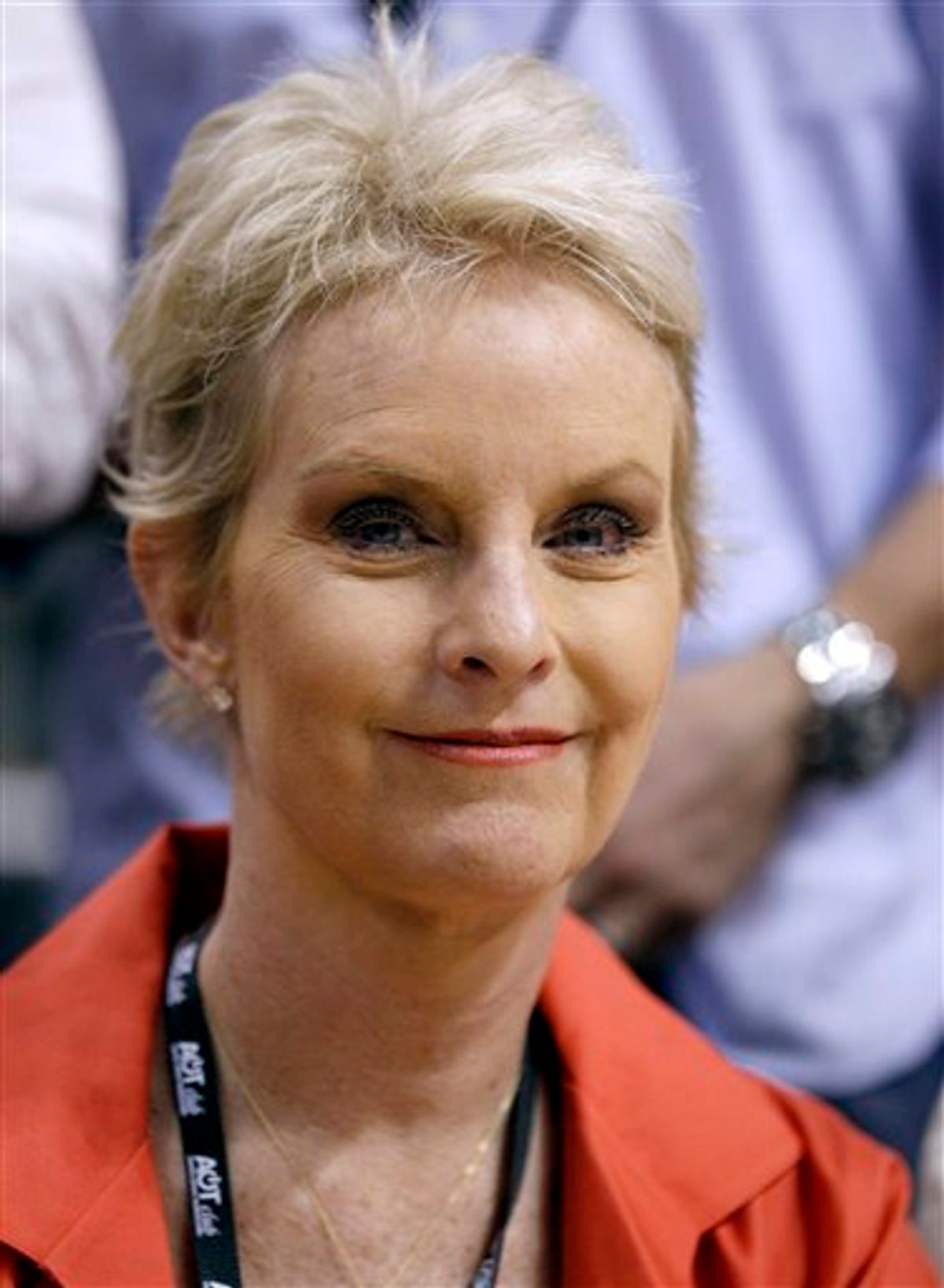 FILE - In this May 25, 2010 file photo, Cindy McCain, wife of Sen. John McCain, R-Ariz., is seen in Phoenix. McCain, the wife of 2008 Republican presidential nominee John McCain, is speaking out against the ban on gays serving openly in the military while her husband is working to maintain it. (AP Photo/Ross D. Franklin, File) (AP)
--

Let's focus on the "don't ask, don't tell" section of the debate, which begins at 2:30 in the video.

Last week, McCain's wife Cindy appeared in a PSA on behalf of the pro-gay rights group "NOH8," in which she said:

"Our political and religious leaders tell LGBT youth that they have no future ... They can't serve our country openly ... Our government treats the LGBT community as second-class citizens, why shouldn't [bullies]?"

That sounds like a pretty unambiguous endorsement of the repeal of the military's ban on gay troops! Except it actually isn't, as Cindy's Twitter feed explained on Friday:

I fully support the NOH8 campaign and all it stands for and am proud to be a part of it. But I stand by my husband's stance on DADT.

That statement makes sense only if John McCain is in favor of repealing "don't ask, don't tell" -- which he isn't -- or if Cindy is in favor of repeal but "stands by" her husband's attempts to delay that repeal as long as it's politically feasible. When that tweet was read back to the senator, he seemed to take it as an endorsement of his new line against repeal, "which is, a complete and thorough study and review of battle-readiness and morale." ("And by the way," McCain added in an unconvincing attempt at levity, "I respect the First Amendment rights of every member of my family." Ha ha ha, it's funny because he clearly hates them all.)

That review -- the farcical attempt at delaying a vote until everyone is comfortable enough to do the right thing -- will be released in like two weeks, and it will show that most troops are OK with repeal. But John McCain is shamelessly moving the goal posts, saying both that he hasn't yet seen the review and that it will not be the review he wanted, and once he gets this other review that he wanted, he will need to hold hearings, and also the Marine commandant is opposed to repeal. The whole act is depressing and completely unsurprising to any longtime observer of John McCain.

The chairman of the Joint Chiefs of Staff and the (Republican) secretary of defense both agree that it's time to end the ban on gay service members, but John McCain will latch on to any excuse available to justify his support for discrimination while pretending at being an honorable moderate open to changing his mind.

His wacky daughter Meghan, a political columnist and author, has not yet weighed in on her dad's awfulness.