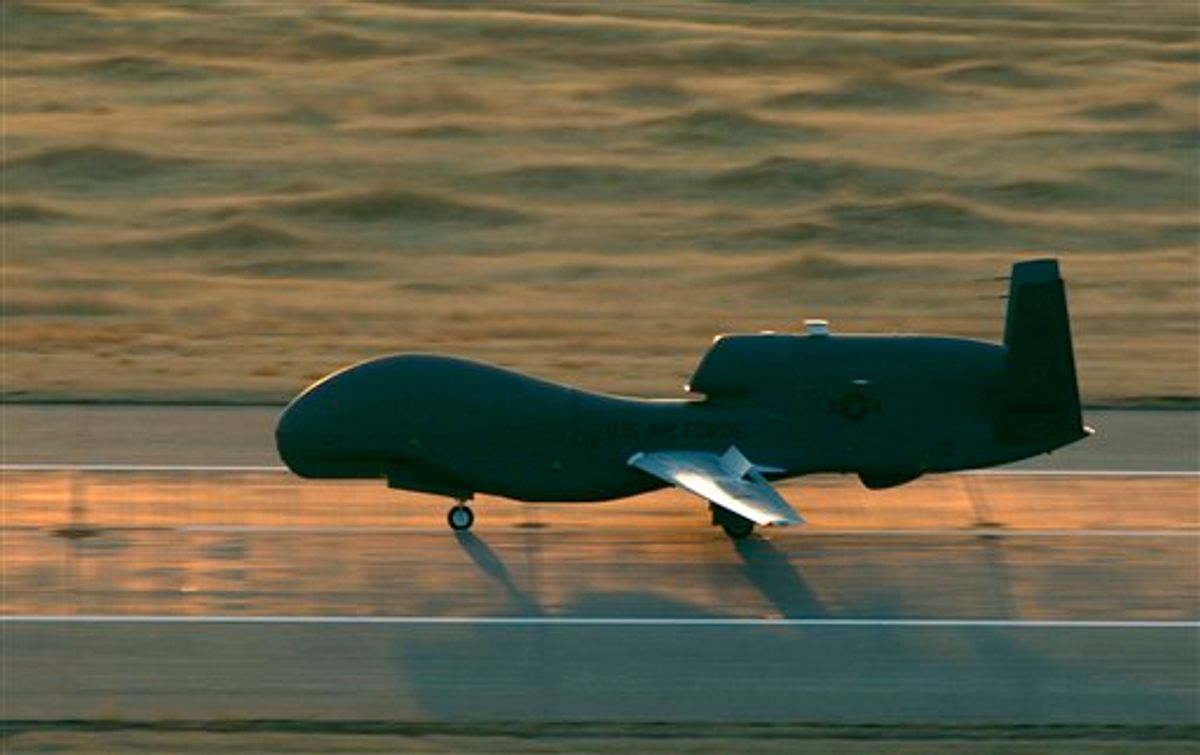 One of the most intriguing issues I came across last week in writing an overview of the ever-expanding American military involvement in Yemen was the question of legality.

An Amnesty International official, noting a U.S. cruise missile strike last December that reportedly killed over 40 women and children (along with 14 suspected al Qaeda members), told me flatly that such strikes are "serious human rights violations" -- unless the suspected militants were posing an immediate threat to life.

That missile attack last December didn't get much attention, but what happens when the Obama Administration, as many expect it to, start using drones to regularly attack suspected terrorists in Yemen, in the same way it is doing in Pakistan? What is the legal justification?

As it turns out, Spencer Ackerman observes, neither this administration nor the last one articulated a justification of such attacks. He writes:

In March, the State Department’s legal adviser gave a speech asserting that the strikes are legal, not demonstrating why they are. The closest that Harold Koh came to articulating his case was to say: The administration doesn’t intentionally kill civilians (“…attacks [are] limited to military objectives and that civilians or civilian objects shall not be the object of the attack…”); it tries to be proportionate (no “attacks that may be expected to cause incidental loss of civilian life, injury to civilians, damage to civilian objects, or a combination thereof”); and that in any event the Authorization to Use Military Force covers the strikes. (“These domestic and international legal authorities continue to this day.”)

Exactly nowhere in Koh’s speech do the criteria emerge for determining when the administration would cross into illegality in drone targeting. (Thirty percent civilian casualties? What about forty? What about fifty?) We do not know what legal justifications the Justice Department’s Office of Legal Counsel has developed about the drone program. In March, ACLU sued to acquire those and any other justifications; the administration is fighting the disclosure.

That 30 percent civilian casualty figure, by the way, is based on one tally of drone attacks in Pakistan.