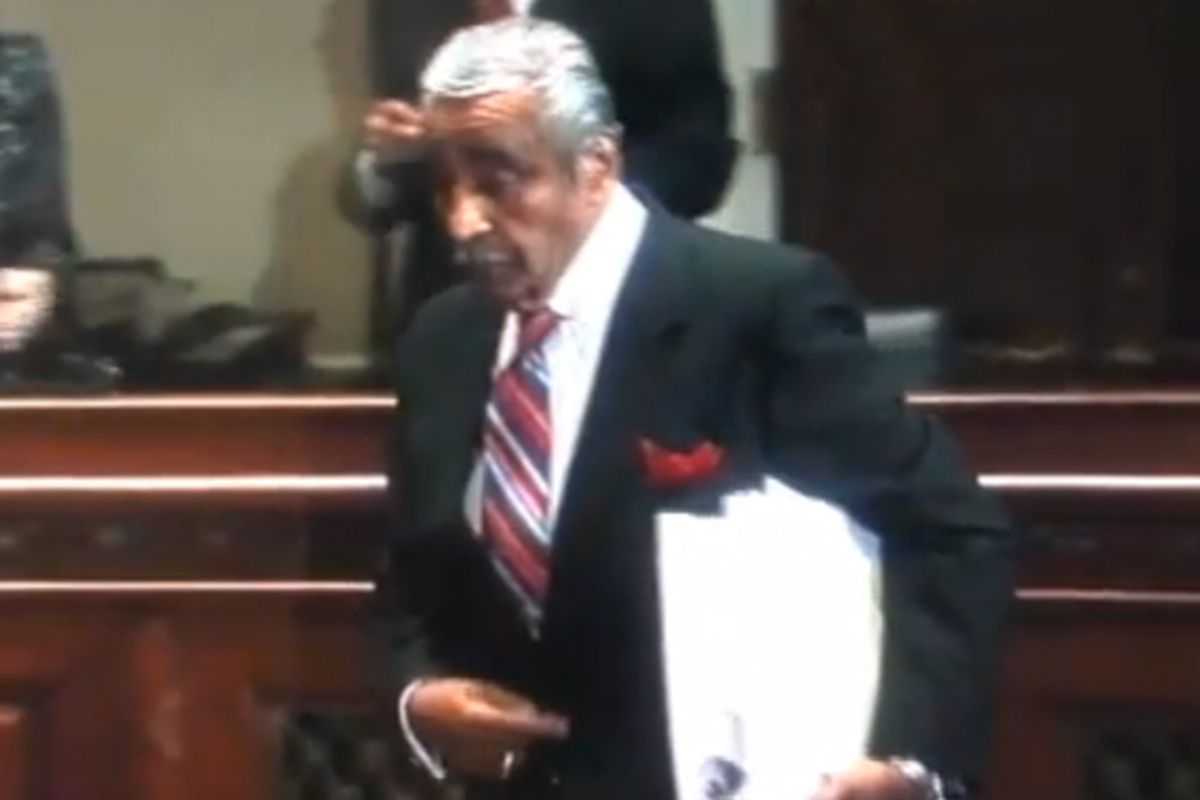 The House Ethics trial of Rep. Charles Rangel is continuing despite Rangel's absence. Rangel argued that the panel was denying his right to have an attorney present, then left. This thing was bound to be a mess, but I'm impressed that Rangel opened the hearings by making a scene and walking out.

Rangel pleaded for the trial to be delayed, saying he'd already incurred $2 million in legal fees and couldn't afford to hire attorneys. He said he had lawyers offering him free counsel, but he couldn't accept their services because that would count as a gift. He just received the 80-page complaint against him, and learned that he could open a legal defense fund, last week. Despite his request, Rep. G.K. Butterfield made a motion to continue with the trial. Once Ethics Committee Chairwoman Zoe Lofgren explained that Rangel had the right "not to participate in this matter," he left.

After leaving, Rangel spoke with reporters:

The trial is currently proceeding without Rangel. You can watch it live on C-Span.