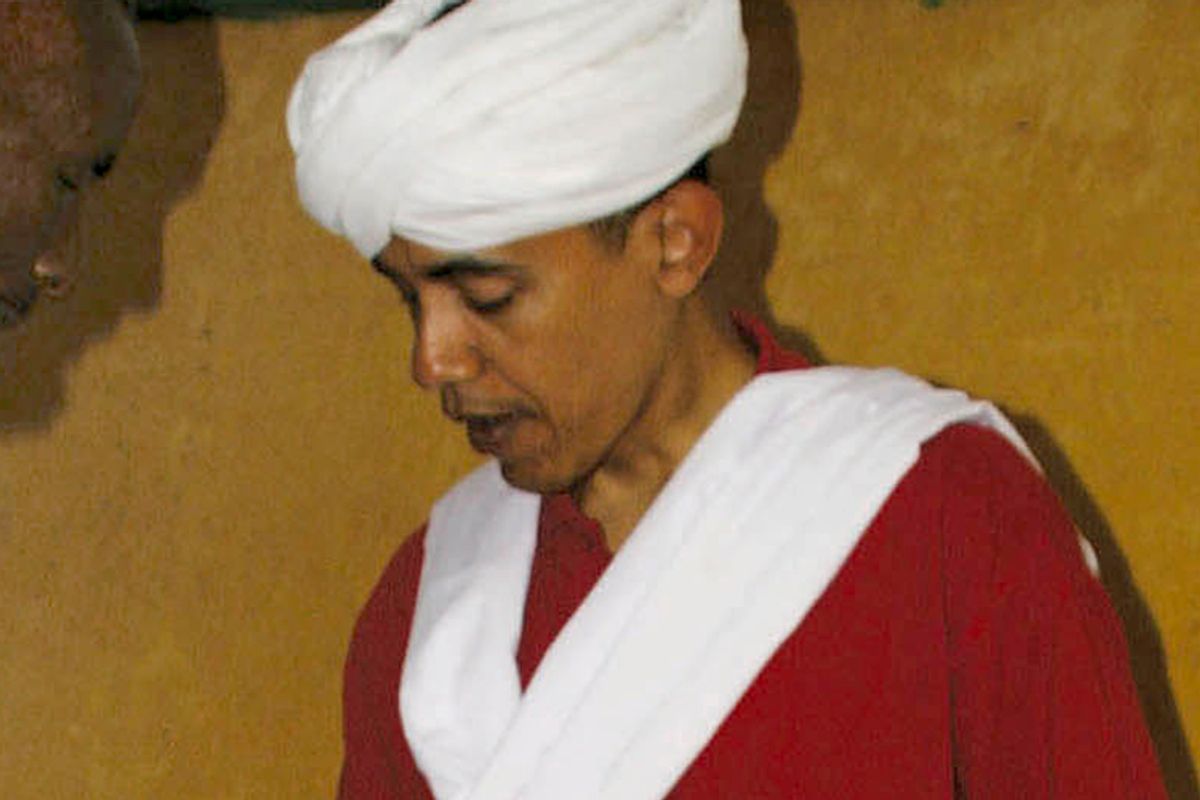 Here is a very interesting and provocative column in the Washington Post about how it is Barack Obama's fault that so many people think he's a Muslim, because Obama has been "circumspect about his religion" and he refuses to release his elementary school grades. It is basically an intro to "respectable" crypto-birtherism, in which you repeat discredited conspiracy theories about the president's background while being careful to note that you totally believe him when he claims to be a Christian.

The column, by law professor Ronald Rychlak, uses a number of context-free quotes that most likely came directly from some chain e-mail. (Or World Net Daily.) He says Obama's "support for the Ground Zero Mosque also positioned him on the side of Islam." (The religion of a billion people has "a side" and it is in apparent opposition to the "side" of Americans, I guess?)

Of course, this isn't a column in the print edition (that's still reserved for torture apologists and run-of-the-mill liars). This little disquisition on Obama's Otherness was posted as part of the Post's "On Faith" project, an online-only experiment in giving Sally Quinn, wife of Post "vice president-at-large" Ben Bradlee, something to do with her time.

Quinn's print column in the Washington Post was mercifully killed -- primarily out of embarrassment -- after she unloaded some uncomfortable family business in what used to be one of our foremost national newspapers. So the Post's print subscribers are no longer subjected to her inanities. The millions of people who read the Post on the Web, though, are lucky enough to see "On Faith," Quinn's "conversation on religion and politics" that she used to run with Jon Meacham, before the Post Co. unloaded Newsweek on a nonagenarian. "On Faith" is a sort of group blog in which various people answer vaguely "faith"-related questions -- and in the interests of spirited debate, some of the contributors are fiery bigots, because, again, the Post really has no editorial standards when it comes to material produced by contributors over the age of 40. (Young punk bloggers, though, better tread lightly.)

Here's the conclusion of Rychlak's piece:

Let's be clear: One cannot see into the heart of another, and we must respect and accept the president's claim to be a fully believing Christian. It is unfortunate that he has had to face so many crazy theories, beliefs, and downright falsehoods. On the other hand, his demeanor and his approach to religion is the cause of most of the problems.

While I take Rychlak at his word that he's not a Nazi pedophile, it is totally understandable that so many people would come to a different conclusion, what with his obsession with clearing the name of Pope Pius XII, and his mustache.