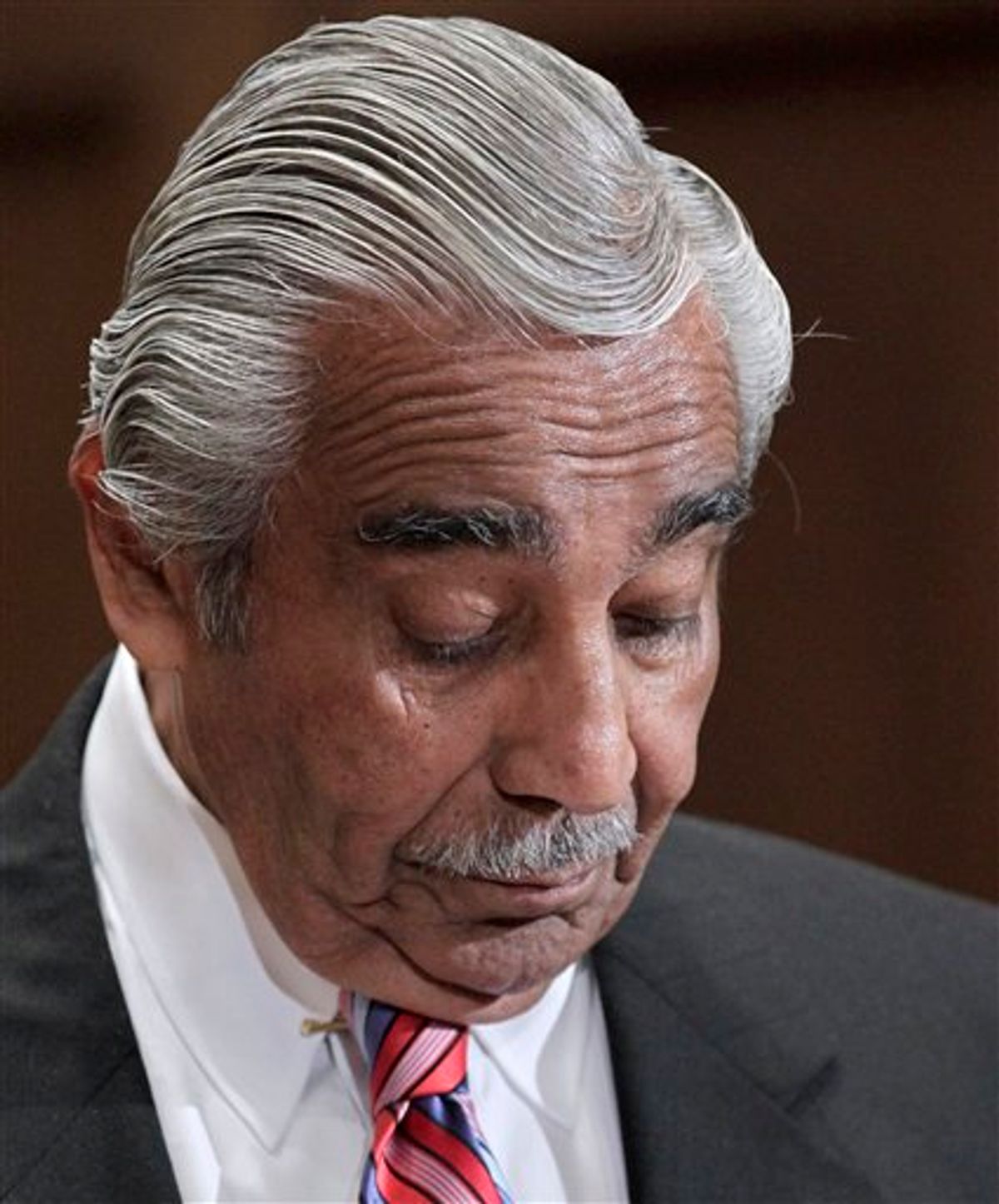 Charlie Rangel was found guilty of various absurdly minor violations of House ethics rules. He will face some vague reprimand and, probably, renewed calls for his immediate retirement. (Despite the presence of a prominent Democratic challenger, New York voters seemed more than happy this month to send Rep. Rangel back to Washington.)

Rangel's arrogance and self-pity have won him little support in the press, with cable news regularly treating him as the picture of congressional corruption and the schoolmarms at the New York Times editorial page regularly tut-tutting about how serious we must all pretend this is. The New York Post -- which has dedicated itself, thus far unsuccessfully, to hounding Rangel out of office -- has for years now featured various embarrassing stories of his fecklessness, accompanied by that hilarious photo of the congressman dozing off at his Dominican villa. But after years of this, the best the House ethics committee could do was to find that Rangel violated New York building code, failed to file his taxes correctly, and improperly used government letterhead.

The worst you can say about Rangel is that he's grown too entrenched to care if he abuses rent control, and he hired a crappy accountant. Casting donations to City College as improper gifts to Rangel is a bit much. I more or less agree with Rep. Bobby Long's letter of dissent. The trial itself was ridiculous even before Rangel walked out. (House rules prohibit pro bono lawyers -- that would constitute a gift! -- so members unable to pay for legal protection out of their own pocket are advised to set up a legal defense fund. Because if there's one way to keep a congressman honest, it's to require that he somehow convince wealthy people to send him money.)

This is what the House ethics committee does to prove its seriousness, I guess. (While in the Senate basically anything goes.)