Why do the National Book Awards bar fairy tales?

Humanity's favorite stories are punished for their vaguely disreputable origins 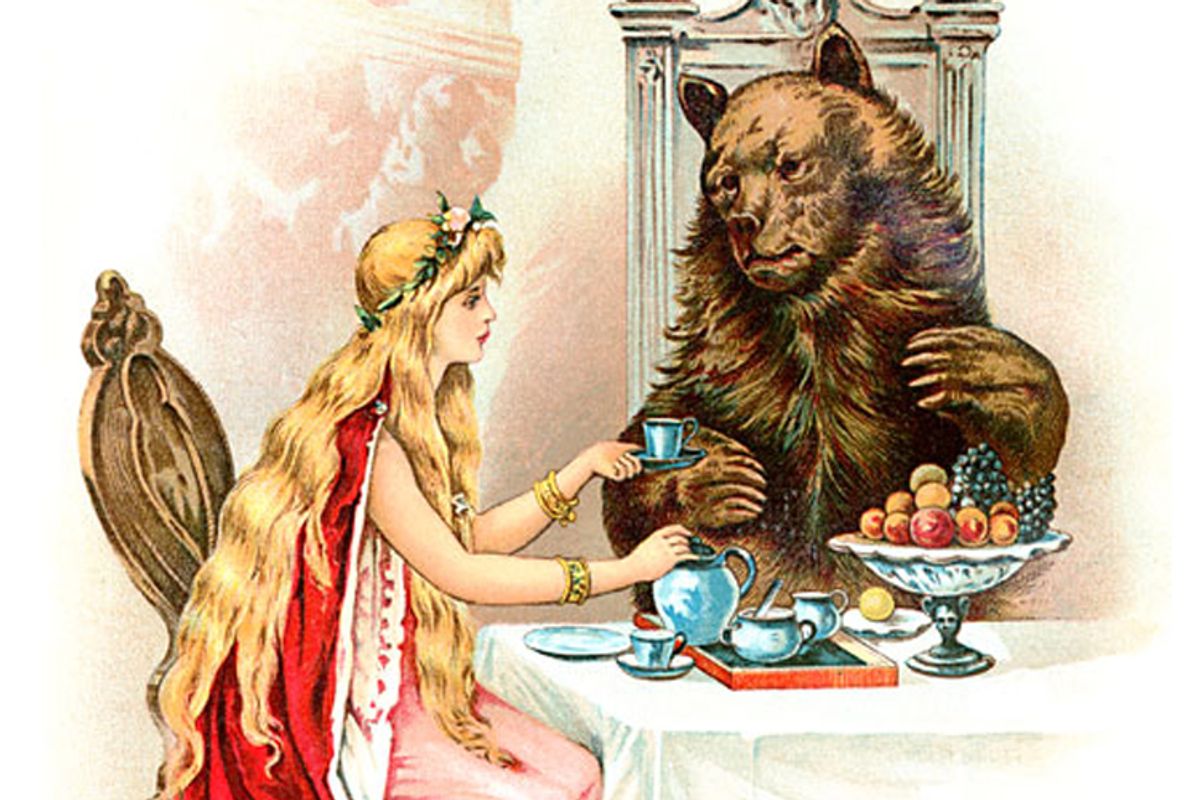 An illustration from "Beauty and the Beast"
--

Juries for the National Book Awards (which will be presented later this week) are famous for coming up with nominees that defy expectation and prediction, but there are nevertheless a few things you can be sure you won't see on the NBA short lists. Books that aren't published in the U.S. or translations from other languages, for example, are disqualified, as are "anthologies containing work written by multiple authors." Those restrictions make sense, but what about this stipulation, from the official rules posted on the NBA website: "Collections and/or retellings of folk-tales, myths, and fairy-tales are not eligible"?

Two authors recently wrote to the National Book Foundation, asking the organization to reconsider its exclusion of retold fairy and folk tales from NBA consideration. (The rule applies to both the "fiction" and the "young people's literature" categories.) Maria Tatar is a professor of folklore, mythology and Germanic languages and literature at Harvard, and Kate Bernheimer is the founder and editor of the Fairy Tale Review, a literary journal, and editor of a sumptuous new book of short stories based on fairy tales, "My Mother She Killed Me, My Father He Ate Me." Contributors to that anthology -- which wouldn't be eligible to begin with, on account of containing "work written by multiple authors" -- include Joyce Carol Oates, Neil Gaiman and Michael Cunningham, and as the title suggests, we're talking about the unexpurgated, frequently gruesome, old-school-style fairy tales, not the sanitized Disney versions.

Bernheimer and Tatar point out that the NBA rules don't exclude "retellings of the Bible and Shakespeare's plays," or, for that matter, retellings of any other literary form. The singling out of fairy and folk tales belies a long-standing uneasiness with the form, its vaguely disreputable air. The fairy tale plays havoc with the premium we moderns place on originality. Where do these stories come from? Tatar, who has translated, edited and annotated editions of the folk tales collected in the 19th century by the Brothers Grimm, informs us in her introduction to "The Grimm Reader" that many of the Grimms' sources, at first said to be simple peasant folk, instead turned out to be members of the brothers' middle-class social circles. We can't even be certain that the most iconic fairy tales are as ancient as they're made out to be.

A fairy tale, like a myth, has no single author, no definitive version. Yet it can be identified despite significant variations. The story of "The Three Bears" originally featured either a fox or an old woman as its protagonist; only in the 19th century, when it was written down by the poet Robert Southey, did the star become a nosy blond child named Goldilocks. If literary quality resides above all in the best words arranged in the best order, then fairy tales may not qualify as "literature" at all. They can dispense with words entirely, yet remain themselves; "Sleeping Beauty" is still "Sleeping Beauty," even if you tell the story in pantomime.

On the other hand, fairy tales can certainly provide the springboard for literature. The late British author Angela Carter (to whom Bernheimer's anthology is dedicated) proved this definitively in 1979, with "The Bloody Chamber," among the greatest short story collections of the 20th century. A.S. Byatt, another contemporary novelist fascinated by the form, speculates in her preface to "The Grimm Reader" that childhood exposure to these strangely "flat" stories, with their recurring motifs of talking animal helpers, wicked stepmothers and patterns of three (brothers, wishes, castles, etc.), lays down "the narrative grammar of our minds."

That may be why so many decidedly literary classics can also be viewed, in the right light, as retold fairy tales. Is "Pride and Prejudice" a Cinderella story, or a variant of "Beauty and the Beast"? Exactly how far away do you need to get from the original (although of course there are no originals) to evade the label of "retelling"? The record shows that the National Book Awards themselves have not strictly enforced the exclusion; as Bernheimer and Tatar note in their petition to the NBF, the 1964 NBA winner for fiction, John Updike's "The Centaur," "retells multiple classical myths." Furthermore, the back-cover ad copy for the 1973 winner, John Barth's "Chimera," describes that book as "three of the great myths of all time revisited by a modern master."

According to the NBF's executive director, Harold Augenbraum, the organization will reconsider the exclusion. "My understanding," he told me in an e-mail, "is that the use of folk and fairy tales has never excluded a book from consideration for the National Book Award: Only straight, unchanged or little-changed retellings have been excluded." (Although, again, the absence of definitive originals would make this a difficult case to prove.) Besides, the rule is probably superfluous. Having served on a couple of prize juries myself, I can testify that judges are always on the lookout for ways to narrow the field, and don't need to be admonished to pass on a work that's significantly derivative of another.

At any rate, no one on the NBF's current staff was around when the rule was ordained or knows why it was thought necessary in the first place. Perhaps there was a rash of shameless Grimm Brothers knockoffs in the 1950s, when the awards were launched? It's ironic that this prohibition against fairy tales has roots nearly as obscure as those of the stories themselves. Chances are, though, it won't last nearly as long as they have.

Facebook page for Kate Bernheimer and Maria Tatar's petition to the National Book Foundation to revise its exclusion of "collections and/or retellings of folk-tales, myths, and fairy-tales" from National Book Awards eligibility