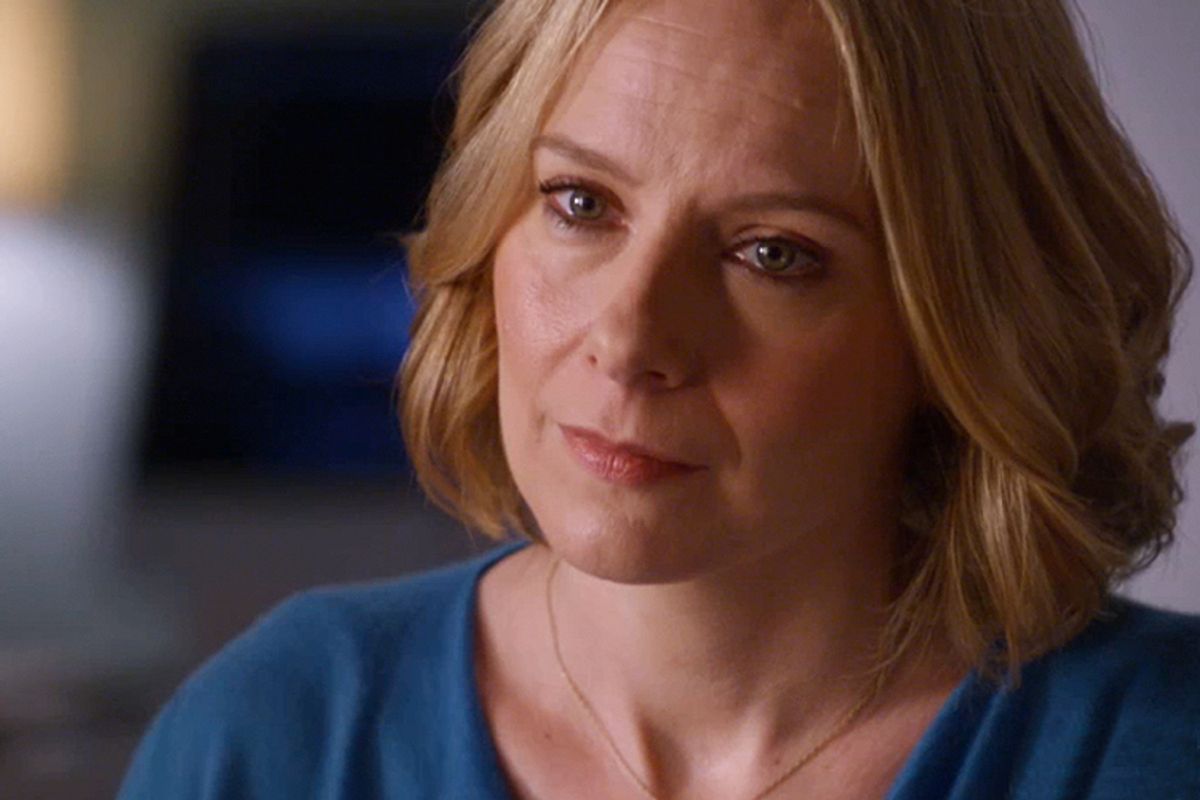 Poor Jesse. He's been working so steadily on getting everyone to abandon him and now he's practically drowning in love. Roberto's been helping him with his math homework (like Paul helped Max earlier in the week). Marissa's gone into a depression at the possibility of losing him to Karen. Kevin, Jesse's birth father, has written him a letter explaining the circumstances of his adoption. His birth parents were teenagers when they gave him up, but eventually they married. He is not working in Africa. She is not a crack addict. It looks like Jesse has a brand-new set of middle-class parents hoping for nothing more than to reenter his life.

Even Paul wants him. At first Jesse plans to reject Kevin and Karen out of loyalty to Roberto and Marissa who have put up all these years with what he sees as his unlovabilty. "Would you want me as a son?" Jesse says, intending this as a rhetorical question. But Paul says yes.

Dane DeHaan is an astonishing actor. Despite his obvious charisma, and the fact that he's clearly the next Leonardo DiCaprio (I'm giving him about a year as a teen idol before becoming a regular denizen of red carpets everywhere), DeHaan has clamped  his skinny shoulders into a chronic hunch and stayed committed to a character who is nearly impossible to like. This week he's still the same mercurial, irritating Jesse who can barely hold a thought in his head for longer than 10 seconds, but I can hardly remember two weeks ago when I thought he was beyond help.  The rain seems to be dousing Jesse's usual provocative default mode. The new and improved Jesse is empathizing with his adoptive parents, getting a B in algebra, and writing overly formal letters to protect the "inhabitants" of his house. This is someone even I can imagine wanting as a son.

If this were television (OK, it is, but "In Treatment" somehow actually never feels like television), he would simply assume his rightful place with his birth parents, fulfill his genetic destiny as a spoiled middle-class brat, finally go to the art school his adoptive parents can't afford, and everything would end happily ever after.

But Jesse has been the one character I've depended on for unpredictability. I think it's possible that he could have two sets of parents (like Max probably will), but I wonder if Jesse might be right, and that his birth parents might be "kinda assholes." What makes them feel entitled to entirely ignore the fact that he's a minor with parents who raised him when they couldn't, and who still deserve the respect of being contacted? Then there's Jesse's ominous response to Paul's claim that he would want him as a son. "Give Max another year or so." Something tells me the next three weeks will not be about Jesse's snag-free path to recovery.

Everything's sunny and bright in Adele's office before things start getting hot. Real hot. (There's a reason I'm echoing this sentence structure. Bear with me.)   Paul also has one father too many in his life. And I'm not talking about Steve, Max's stepfather whose shared passion for drawing Paul finds so threatening. There's that extra father from Paul's past that he must now let go. The one who robbed him of his childhood and dragged him out of the only place he was ever happy (a boarding school in Northern England), then "forced" him to take care of his manic depressive mother by falling in love with someone else. It's time for Paul to meet his new father, the one who may, through example, have taught his son that he was entitled to happiness.

Adele has a crazy good memory, and draws out details from Paul's dream two weeks ago to paint a new picture of Paul as a kid who chose to take care of his mother as a way of continuing an already established pattern of avoiding life. She encourages him to stop holding back on his passions. Paul, as we know, is always much better at indulging his passions when they're never going to go anywhere, as in the case of Laura. So he goes for it,  revealing that he's not only been googling Adele, but thinking of her when he's having sex with Wendy.

Fortunately, Adele has not put those sexy boots on for nothing. The session ends with her encouraging Paul to continue nurturing this tiny seed of passion, ostensibly by describing all his sexual fantasies about her, hopefully in a lot of detail. Yes! The "In Treatment" that hooked us with the first episode is back (remember when Laura taunted Paul with that highly descriptive bathroom encounter).

Never forget, if we actually wanted therapy, we'd be in therapy, not watching television about it.