She's running for president, sure, but that doesn't mean she needs to do anything for the candidates she endorses 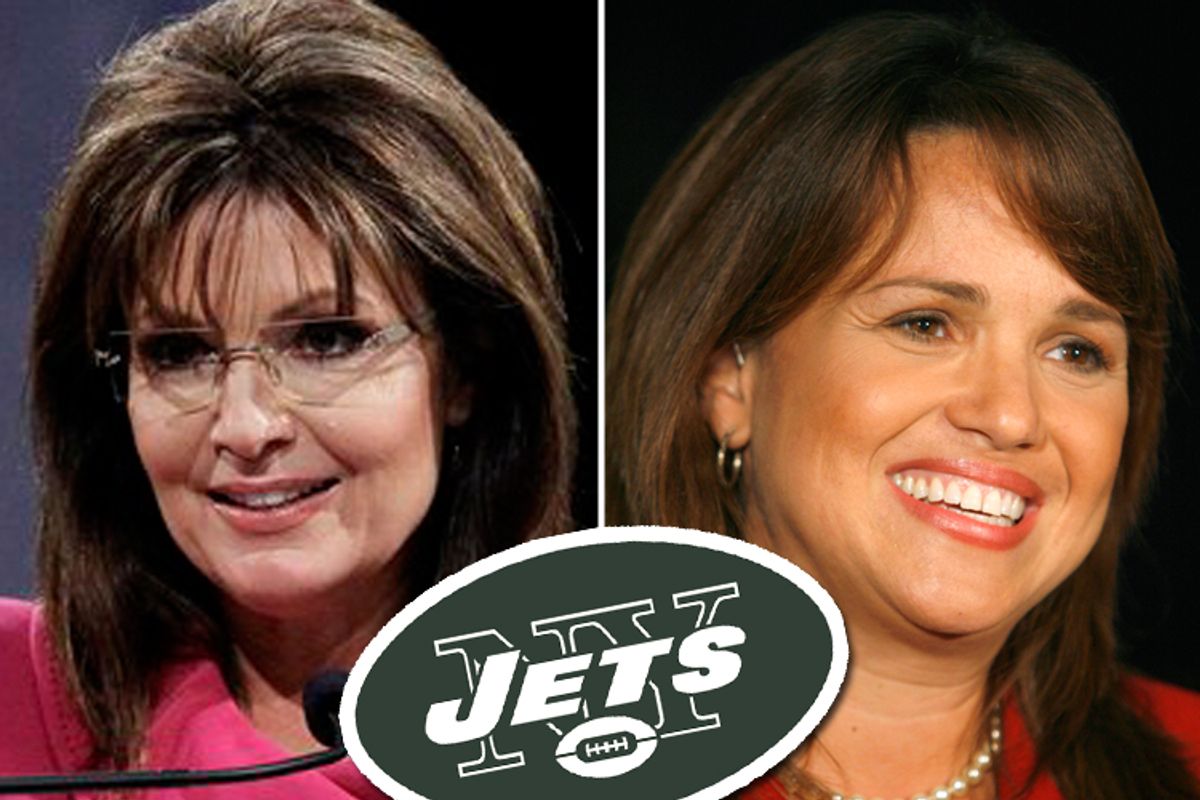 This Sunday's New York Times Magazine introduces Sarah Palin's inner circle of advisors and aides. Long story short, she's obviously running for president but she's also obviously not disciplined enough to mount a serious campaign. I'm seeing visions of the hilarious, aborted Giuliani campaign -- though I guess she could semi-accidentally back into the nomination if GOP voters reject everyone else.

Her 2010 endorsements basically show how slapdash the effort will be. She hates Lisa Murkowski, so she endorses a nutty primary opponent -- who wins, then loses embarrassingly, and meanwhile someone leaks cranky e-mails from Todd Palin to the press. She endorses Christine O'Donnell for basically no good reason, then does nothing much to help that poor woman once it's apparent that she's a lost cause and a flake.

The Sunday before the election, Palin decided to skip an O'Donnell event in favor of some football.

But this particular event for the woman who proclaimed "I’m not a witch" was on Sunday — Halloween — and Palin prudently elected not to attend. Instead, she spent the afternoon watching the New York Jets play from the luxury box of the team’s owner, Woody Johnson.

That does sound like way more fun than a sad rally for a sure loser. (Though the Packers ended up shutting out the Jets and winning it with three field goals -- so maybe a Halloween rally with the witch would've been a better time.)