If you can't beat her, scapegoat her 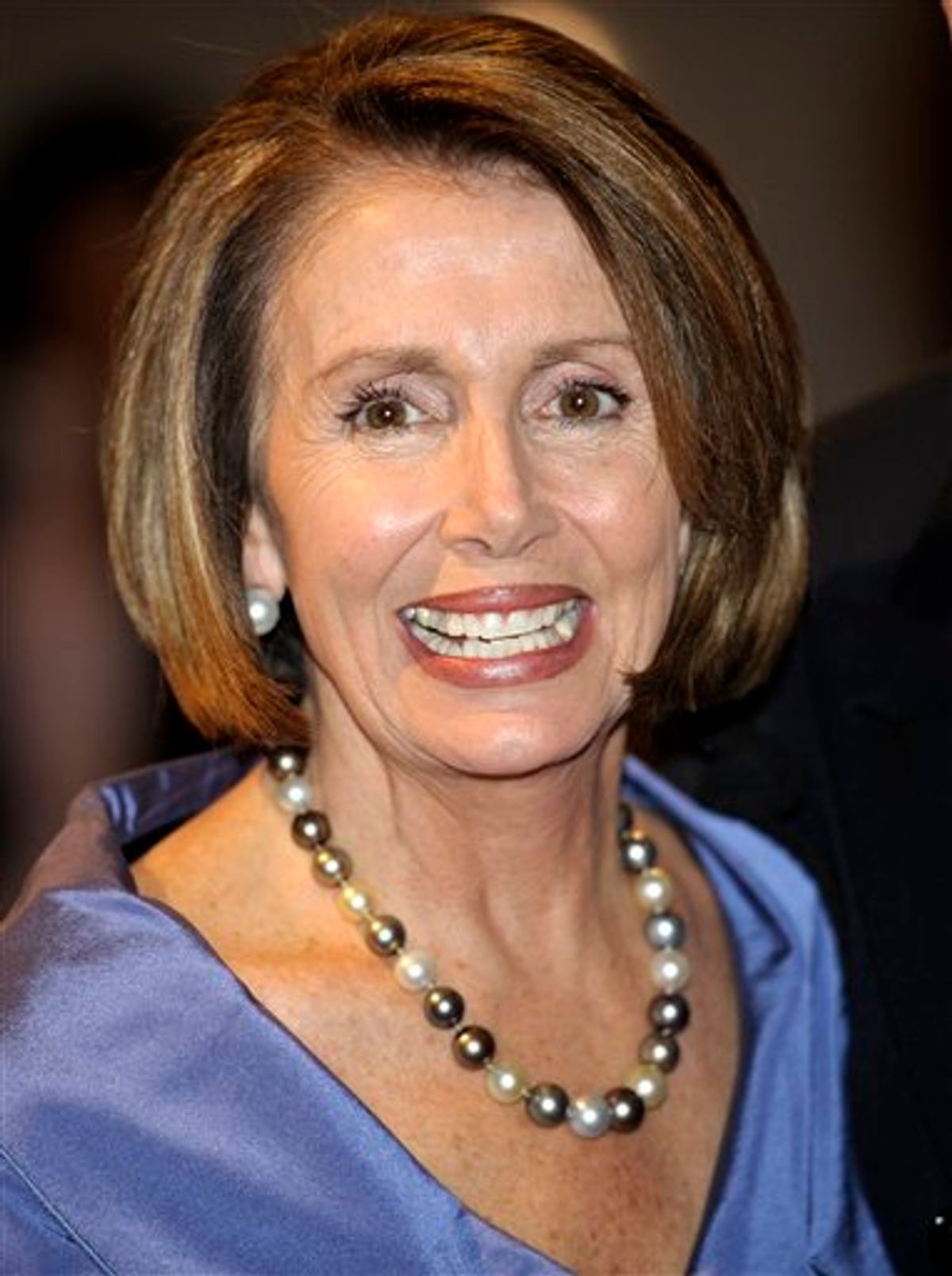 [Updated] House Democrats are gathering behind closed doors on Capitol Hill today to pick their leadership team for the next Congress -- although "ratify" might be a more appropriate term.

Nancy Pelosi clearly has the votes to remain as the party's leader, although it appears that Heath Shuler, a conservative Democrat from North Carolina, will go through the motions of formally opposing her. His move calls to mind the doomed bid that Charlie Rose, another conservative North Carolinian, launched against Dick Gephardt following the Democrats' drubbing in the 1994 midterms. Gephardt, who had been the No. 2 Democrat, was in line to move up to the top slot after Speaker Tom Foley failed to win reelection in his Washington state district. Rose ended up attracting 58 votes to Gephardt's 150; like Shuler now, his candidacy offered a way for Blue Dogs to tell their constituents they hadn't voted for the party's "liberal" leadership.

Gene Taylor, a Mississippi Blue Dog who backed Rose in '94, said of Gephardt at the time: "If we give the keys to the same drivers, then we know the destination is going to be the same. We will lose more seats in '96. There's not a doubt in my mind." Under Gephardt and his No. 2, Michigan's David Bonior, Democrats actually picked up nine seats. (Taylor, incidentally, was among the Democrats who lost their seats on Nov. 2.)

Pelosi, of course, is in a slightly different position than Gephardt was, since she actually led the party through this fall's election. Evidently, her desire to stay on has caused some hard feelings among some Democrats who lost their seats, Blue Dogs in particular. One of them, Florida's Allen Boyd, used a separate caucus meeting on Tuesday to tell Pelosi that "You're the main reason we lost!" according to National Journal.

It's understandable why Boyd would think this. Before 2010, he'd won seven House elections in his Republican-friendly Panhandle district, and never before had he faced a political climate as hostile as this. Given the central role that Pelosi -- or, more accurately, a caricature of Pelosi -- played in the GOP's '10 messaging, it's not hard to see why Boyd is now pointing his finger at her. The truth, though, is that any Democratic speaker would have been used as a weapon against Boyd and every other Democrat running for reelection in 2010. With his party in control of the White House and both chambers of Congress and with unemployment stuck near 10 percent, the ingredients were in place for Republicans to convince swing voters that every Democratic leader in Washington was governing recklessly and irresponsibly. Remember: Republican tried desperately to make their Pelosi caricature an issue in 2008 and even 2006 (when she was still minority leader). She was every bit the San Francisco liberal then that she is now, but it didn't stop Boyd and plenty of other Blue Dogs from winning comfortably.

Boyd should know how this works. After all, he originally won his seat in 1996 -- the first election after the GOP's '94 midterm sweep. And the first election after Gene Taylor and other Blue Dogs warned that sticking with Gephardt and Bonior as the party's House leaders would guarantee further losses in the next campaign. By the Blue Dogs' logic of '94, a candidate like Boyd, running in a Republican-friendly district, should have had no chance. But voters were confident in the economy in '96, creating a more favorable climate for Bill Clinton and the Democrats; thus, Boyd won, and went on to win six more times before this year.

The national political climate is the reason Allen Boyd lost this year -- and that climate has everything to do with the economy. And maybe the economy would have been in better shape on Nov. 2 if, say, Blue Dogs like Allen Boyd hadn't fought to decrease the size of last year's stimulus.

Update: As expected, Pelosi had no trouble fending off Shuler's token challenge, besting him by a 150-43 count -- an eerily similar margin to Gephardt's 158-50 victory over Rose back in 1994.