Couple asks Web: Should we abort?

A blog puts the decision to a vote. If it's a stunt, it entirely misunderstands the pro-choice position 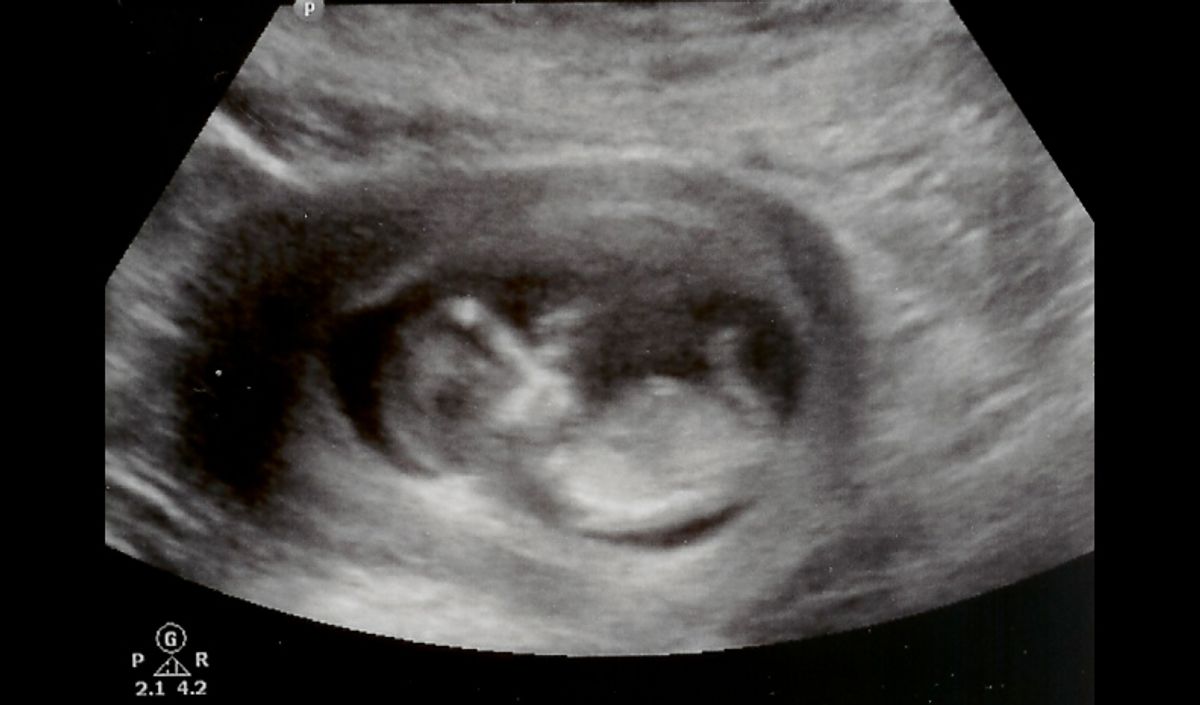 A 12-week ultrasound image from birthornot.com
--

On their blog birthornot.com, Pete and Alisha Arnold of Minnesota are asking anonymous Internet strangers to vote on whether or not they abort. The site is chock-full of ultrasound images and updates on their perfectly healthy 17-week-old fetus. It seems that they want a child, as they say they have had two miscarriages this year alone, and yet they are asking the Web to decide whether they keep it. They say this is a way for Americans to really make their vote matter.

Clearly, this screams "pro-life" Internet prank. The couple insisted to Gawker that they are for real, but their Web trail might suggest otherwise: Pete once posted his super-pro-G.W. thoughts on CNN, and Alisha is a fan of Glenn Beck on Facebook. If this is indeed a prank -- and either way, it's scary to think of these two procreating -- it's a perfect illustration of just how poorly some anti-choicers understand the pro-choice position. The belief is that the choice of whether or not to abort should be left up to a woman and her doctor, not to the entire Internet.