Or one of his staffers does, at least 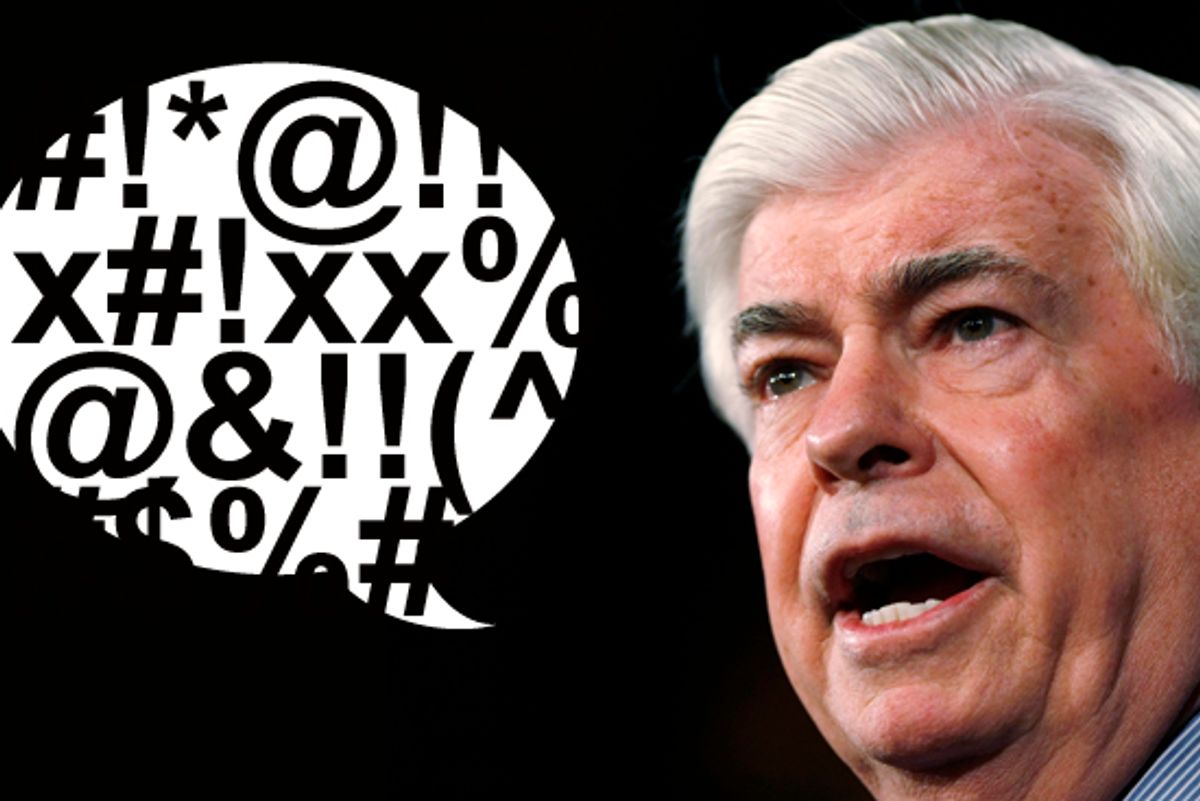 Obviously there's also other stuff like AIG and Countrywide and moving his entire family to Iowa to run for president and then losing and also he dated Bianca Jagger and Carrie Fisher, but those are the important facts. And to that list I can add this: Someone loves torturing him with this shit, according to Twitter. What is this shit? And who is torturing him with it? We may never know -- his staff quickly deleted the tweet and apologized for it. It was, obviously, a misfired direct message, and it was probably drafted not by Dodd but by a staffer. But just for a minute, it looked like maybe the retiring senator was just going to cut loose during his last month in office.