Who will smack down all the lies?

Over the past few decades, America's "mainstream media" has been hornswoggled by one big falsehood after another 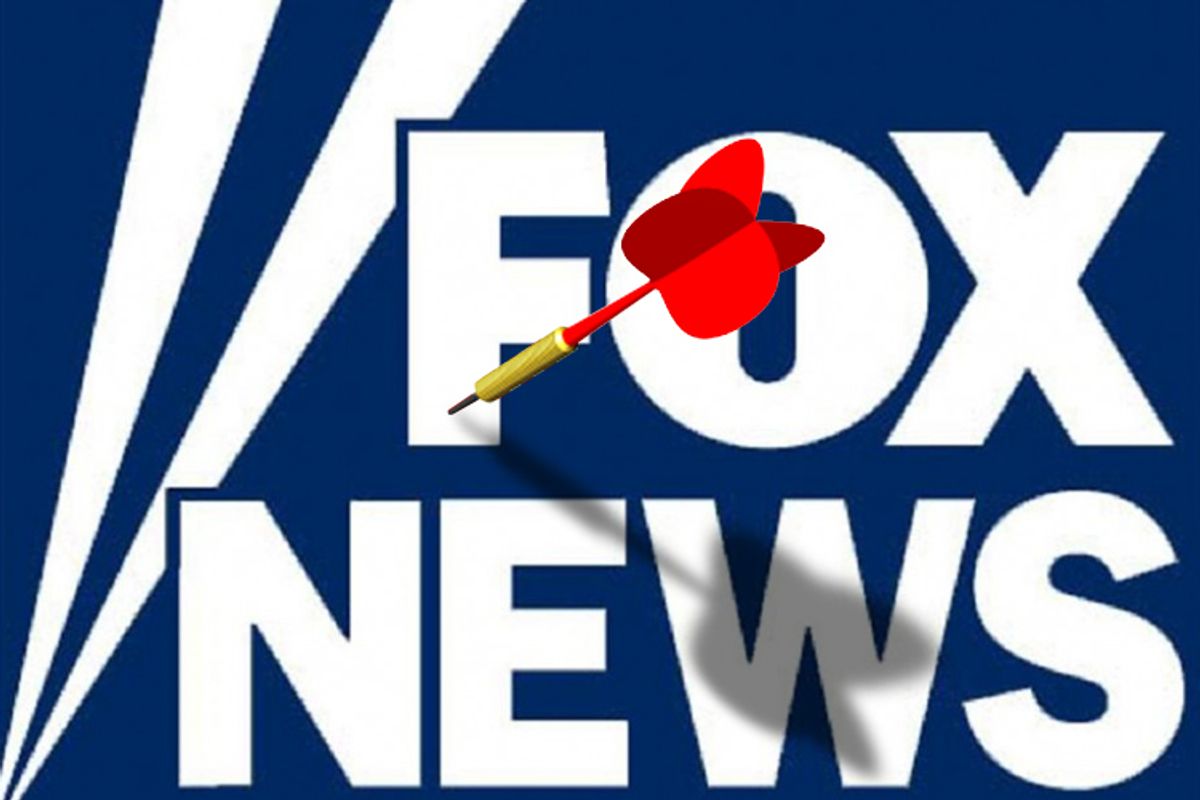 For most of two decades, Democrats have acted as if they actually believed what conservatives say about the allegedly liberal "mainstream" news media. Any day now, appropriately stringent and evenhanded news gathering and editorial standards will reappear as if by magic.

Reporters will no longer seek fame and fortune by feeding out of the hands of political operatives and impersonating fortunetellers on TV. They'll see themselves as public servants instead of media stars. Anonymous sources who peddle bogus information will be exposed. Fact will drive opinion rather than vice versa. Correspondents and commentators who traffic in falsehoods and imaginary conspiracies will be driven from the profession.

On that wondrous day, Americans will be offered reliable information rather than politicized infotainment and downright propaganda. Also, Clark Kent will be named editor of the Daily Planet. Flying pigs will colonize bald eagle nests along the Potomac. Fox News will be replaced by a channel peddling miracle weight loss pills and electronic gadgets for chasing off cockroaches.

In the real world, alas, things are trending the other way fast. With precious few exceptions, big-time journalism has literally become a subdivision of the entertainment industry. Cable TV networks in particular treat national politics as an ongoing melodrama whose protagonists -- Barack Obama, Nancy Pelosi, Sarah Palin -- are basically celebrities, symbolic figures to be loved or hated by millions according to how they are caricatured. Reality retreats as fantasy advances.

Conservatives lead the way. It's no small development that several presidential candidates -- Palin, Mike Huckabee, Newt Gingrich, etc. -- are now employed by Fox News. Nor that Palin's getting paid a million bucks an episode by TLC for what amount to half-hour campaign commercials. It's a fundamental change in the relationship between journalism and power.

So is the GOP running Fox, or has Australian billionaire Rupert Murdoch become the unacknowledged boss of the Republican Party? Good question.

Meanwhile, the good old days aren't coming back. In a Washington Post column titled "Olbermann, O'Reilly and the Death of Real News," veteran ABC newsman Ted Koppel recalls the bygone era when "the American public used to gather before the electronic hearth every evening," as broadcasters like Walter Cronkite, Chet Huntley and David Brinkley, and Howard K. Smith "offered relatively unbiased accounts of information that their respective news organizations believed the public needed to know. The ritual permitted, and perhaps encouraged, shared perceptions and even the possibility of compromise among those who disagreed."

No longer. A historian might say it was more the shared ordeal of World War II that led Americans to value consensus, but that day is gone.

One can definitely take issue with the false equivalence Koppel draws between Olbermann and Fox luminaries. Compared to the conservative network's overt political activism, Olbermann's contributions to Democratic candidates, while improper, don't amount to much. Also, for all his grandiosity, MSNBC's resident blowhard doesn't actually make things up -- the most fundamental distinction in journalism.

A realist, Koppel is surely correct to say there's "not much of a chance that 21st-century journalism will be adapted to conform with the old rules." However, with all due respect -- and a viewer seeking international news apart from natural disasters and terror strikes is pretty much limited to BBC World News America, where Koppel's a contributing analyst -- his seemingly reflexive need to position himself as the mean between two extremes demonstrates precisely how "mainstream" thinking fails.

Sometimes, see, Goldilocks can't find the porridge that's just right. Sometimes, when two sources tell very different stories, the truth doesn't lie somewhere between them. Often, somebody's lying. Over the past couple of decades, moreover, America's vaunted mainstream media has found itself hornswoggled by one big falsehood after another.

Historian Rick Perlstein ("Nixonland") applied himself to one recent example: polls showing that most voters in the last congressional election believed President Obama had raised their taxes, although he'd cut them.

Led by Rush Limbaugh, "conservative commentators told them Barack Obama was a tax-mad lunatic. They lied. The mainstream media did not do their job and correct them. The White House was too polite -- 'civil,' just like Obama promised -- to say much. So people believed the lie. From this all else follows."

Some of this is Obama's weakness, his seeming need to enact the Goldilocks role. Drawing attention to falsehoods, it's feared, only spreads them. Confronting a faker like Limbaugh, people pretend, only empowers him. Perlstein argues that the failure also belongs to "mainstream media that acts as if anything [Limbaugh's] millions of followers believe is a priori deserving of respect as heartland folk wisdom."

"When one side breaks the social contract, and the other side makes a virtue of never calling them out on it," he observes, "the liar always wins. When it becomes 'uncivil' to call out liars, lying becomes free."

By succumbing to loser logic, Democrats continue to "mainstream" themselves right down the drain.