Attention, media: The Donald is lying to you 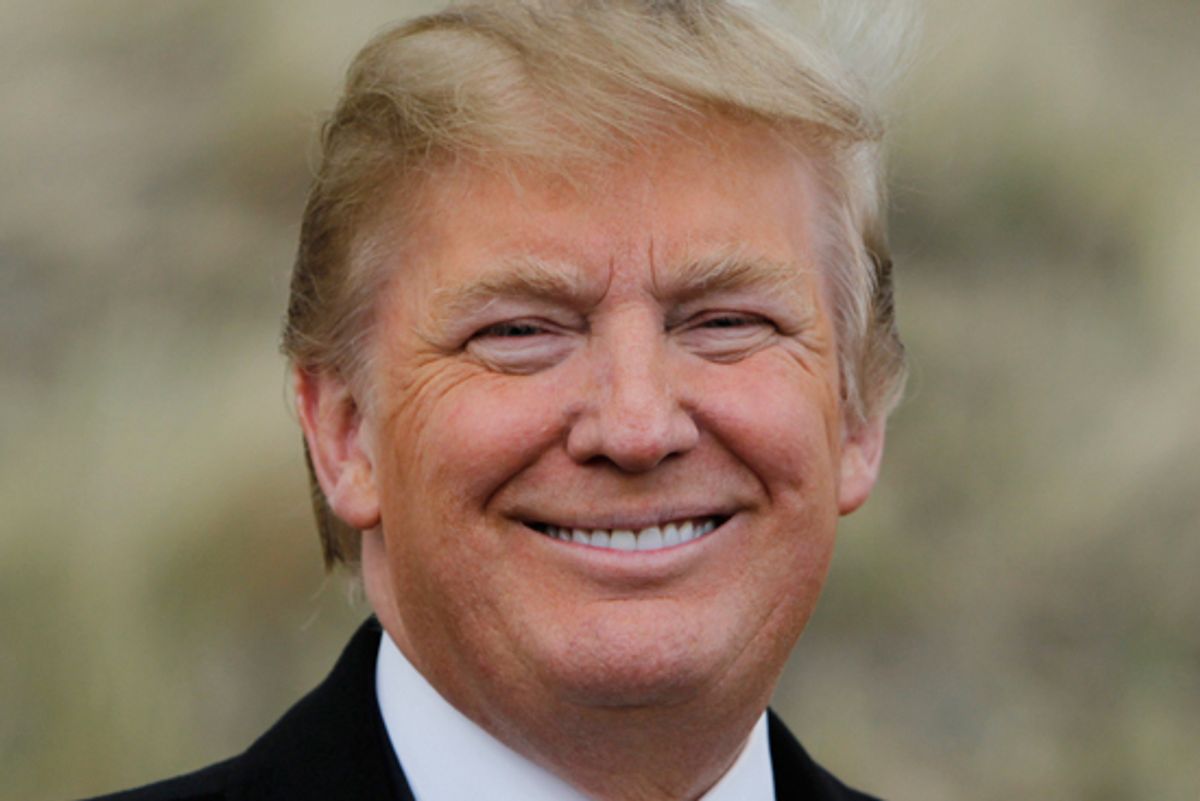 It looks like the season of empty presidential campaign threats, which was kicked off by Newt Gingrich, is getting into full swing.

Businessman/self-promoter Donald Trump is all over the news today for his repeated claims in new interviews that he is mulling a presidential bid in 2012.

"For the first time in my life, I'm actually thinking about it [running for president]," he told Fox News.

What most of the stories today are missing is the crucial context that Trump has a long history of garnering free publicity by floating his own name as a potential presidential (or gubernatorial) candidate, before inevitably not following through. Let's go to the tape:

Trump, who has never run for any public office, has cannily announced that he will not make his final decision until June, so get ready for seven more months of credulous coverage.