Why is Mommy so mad?

Mothers are ripping each other apart online and in real life. Are we that furious -- or just that scared? 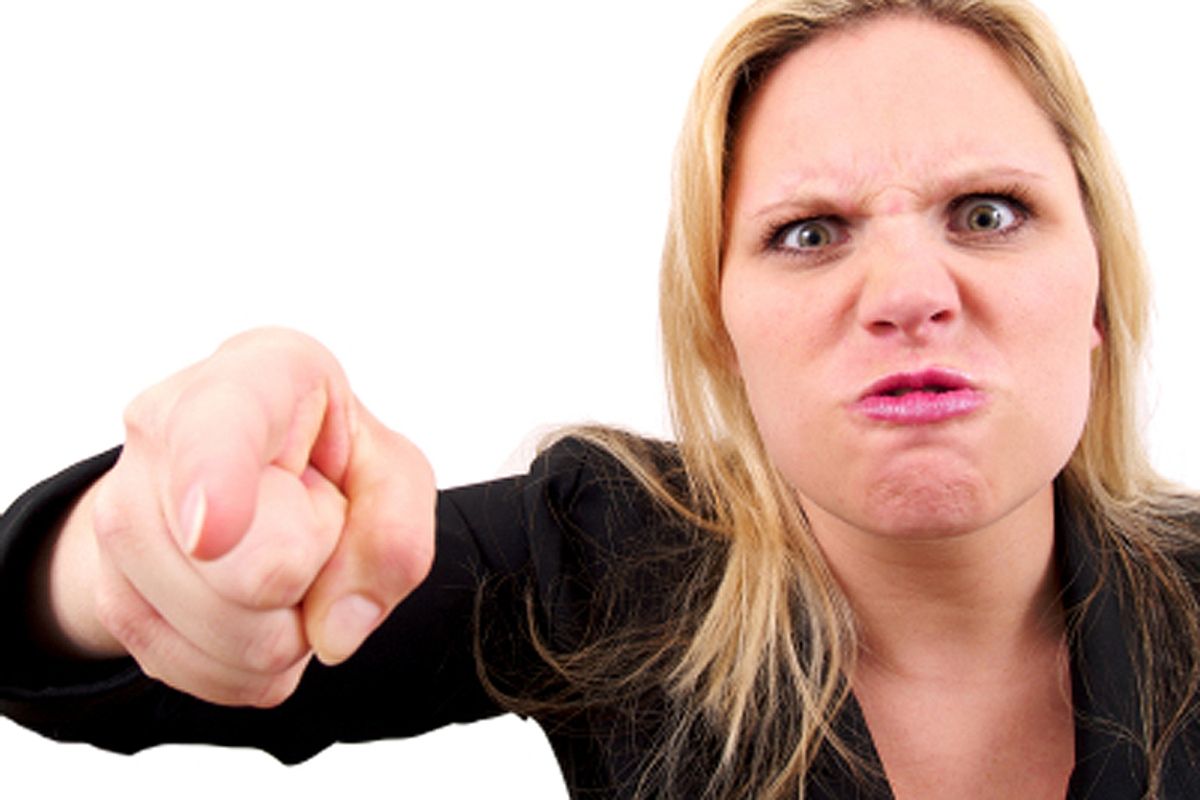 Erica Jong, the novelist/essayist/feminist, does not like attachment parenting. No, siree, she does not. And she let everybody know about it last week via an essay in the Wall Street Journal, a pulled pin in a grenade attack that is only the latest offensive in the so-called Mommy Wars. In it, she derides the attachment parenting movement, asserting, among other things, that its philosophy of constant contact with your child favors the wealthy and keeps you from being a complete person. She also doesn't care for the "green" parenting movement; between the homemade baby food and the cloth diapers, women are more oppressed and stressed out than ever.

Me, I don't much like attachment parenting. I agree with Jong that, in A.P. (as it's abbreviated), we are enslaving ourselves in the chains our foremothers fought to liberate us from. I think, deep down, A.P. sets up our children to become narcissists if they only see us as extensions of themselves, our bodies and time existing only for them. I don't love the green movement, either. I've tried making my own baby food, and it's not as smooth as the store-bought kind. It's also a mess.

Does any of this make you angry? Make you cheer? If you feel strongly, ask yourself why you care what I think. You haven't met me, or my kids. Ask yourself why you're still even reading this. Because this isn't an essay about A.P. or the green movement or the Bradley Method or infant massage or anything else. It's about why asserting opinions on parenting bothers so many people.

The fury spawned from Jong's article was reminiscent of that from supermodel Gisele Bündchen's interview in Harper's Bazaar U.K. last summer, in which she declared that breast-feeding should be mandatory. Women were outraged at that, too. I'm still not sure if Bündchen was being as literal as all that -- just today I said that there should be a law requiring that all flan have caramel in it -- nor am I sure that her command of English is good enough for her to fully understand the implications of what she said (she's Brazilian). But here's what I do know: The New York Post responded with an article called, "How dare this woman tell us how to raise our children. NYC moms to Gisele and her parenting advice: Back off!" (The Post isn't one for nuance.)

That confounded me, too. Why are we so outraged at Bündchen? She's a model. The only reason she has a platform is because she's pretty and doesn't eat that much. Who cares what she says?

Who, for that matter, cares what Jong says? In a companion piece in the Journal, her own daughter, Molly Jong-Fast, does not flat-out say that she was neglected as a child. However, she does goes out of her way to say that she (Molly) chooses to parent her own kids differently from how her mother did in almost every single way. Not exactly a ringing endorsement.

Now, keep in mind: I'm not asking why this bothers us. It's always annoying to hear someone yammering on when you don't agree. The question, instead, is this: Why does this bother us so much? Why does it outrage us? Why wouldn't we just stop reading the offending article when we perceive someone as sounding buffoonish? Isn't our time too precious to spend listening to parenting advice from someone we don't agree with? Especially when we have all that baby food to make!

The comments on the Jong piece are worth a look. They're filled with accusations and barbs and slights and psychoanalysis. Jong's critics are foaming at the mouth at her audacity to assert her opinion: "how dare" and "willfully" and "pervert" and "how sad." Perhaps we are outrage junkies. Perhaps it's easier to yell at the disapproving Bündchen or the rebuking Jong than it is to yell at our mothers, who roll their eyes at our efforts, or at our husbands, who just don't hop on board with the methods and philosophies we've painstakingly researched. Or maybe -- and this is more likely, but also scarier -- we're just not that sure of what we're doing as parents.

I mean, we're not. I'm not. You're not. The most militant breast-feeder isn't. The most attached parent isn't. Parents have never been sure of how to parent. What differentiates this generation of parents from the one before, however, is that we're overwhelmed with choices on how to parent. Our parents heard of different parenting approaches from friends, pediatricians, their own parents. We hear about them from, well, everywhere -- look, there's Dr. Sears on Oprah; there, you can join the Holistic Moms Network on the Internet. Everywhere we look, there is somebody offering us advice. And what does advice do, other than suggest to us changes we should make? It tells us what we've been doing wrong all along.

We have more choices than ever between slings and strollers and bottles and breasts and pumps and galactagogues and working and staying home and TV or no TV and organic and trans fat and disposable diapers and bath rings and things our parents never heard of. We approach these choices the way we were taught to in school, by weighing pros and cons. We try to understand parenting as a science, but it is not one.

How are we to know which choices to make? We know what our parents did, sure, but we're not exactly sure which part of our personality is a boon to what they did right, and which of our flaws is the mark of what they did wrong. How could we expect not to react in a terrified and emotional way when someone asserts a strong opinion that challenges one of the methods we've finally chosen?

Parenting is scary, which is why articles on mothering garner the angriest and most emotional of comments. We're desperate to put someone like Jong on a scaffold, someone whose very lifestyle was just asking for it. We hurl rocks at her from our computers, and we feel comforted with each equally enraged comment.

What is so disturbing about the reaction to mothering articles is not just how cruel the comments are, but that the source of this viciousness is other mothers; in other words: other women. One reading of this phenomenon would say that this generation of mothers -- raised to chase grades, and then diplomas, and then awards, and then promotions, and then raises -- is unsure  how to proceed with something as squishy as mothering, something whose success cannot be monitored and quantified. We take that greed for success and we turn on it: See, we say with our methods and our philosophies, I can do it slower. I can do it greener. I can do it better.

But take a closer look at the comments on Jong's piece. They're not just defensive; they're personal. The arguments aren't well reasoned overall, just huffy, and with the requisite all-caps type to show the writer means it. Jong's responders say, "Sorry LADY but being a parent PERIOD is a LOT of work! Don't know if you got THAT memo." Another snarls, "What you call prison, I call FREEDOM."

I am reminded of my time in an all-girls school, where a girl could cut another down not with something as honest as a schoolyard beating but with a narrowing of the eyes, a whisper to a friend. No matter how pro-A.P. you are, no matter how green you strive to be, I think it would be hard to read Jong's criticism of these movements as belittling or nasty. So why are all the responses so sour-mouthed and small-hearted? Why are they so mean?

This judgment doesn't just take place in the notorious mean online space, where we sit behind a veil of anonymity. A friend in my son's music class reveals she doesn't vaccinate, and we can't wait till she leaves so that we can disparage her, rip her to shreds for her ignorance, behind her back. On a moms listserv I belong to, a mother reveals she is co-sleeping with her daughter, and we e-mail back and forth without her copied, snorting about what a hippie she is, how screwed-for-life her kids are.

And it happens at a higher level, at the level of education, too. In the prenatal breast-feeding class I attended, the teacher snarled that we were somehow elite because we were choosing to breast-feed. In the sling clinic (an actual class that teaches you how to wrap yourself in a swatch of material that will serve as nest for your infant), the teacher tsk-tsked about all the poor babies whose mothers just jam them into strollers.

Celebrity tabloids make millions sharing the bad-mama drama. Nobody cared that Britney Spears was a young mother in a terrible marriage on the verge of a nervous breakdown; they only cared that she dyed her hair when she was pregnant and tried to escape photographers without strapping her baby into a car seat. But it's worth noting who buys those supermarket tabloids. It's mostly women -- and it's often moms.

Aren't we better than this? What if, instead of behind-the-back barbs that criticized each other, or nasty outbursts via a comments section, or annoyed rolled eyes or patronizing raised brows, we decided to remove the hostile judgment of each other's methods, and looked to each other to learn to be better parents instead of trying to find an ugly comfort in others' mistakes? Christ, none of us are screwing it up that badly, are we? We can't be, not when we're putting this much thought into it.

One day my kids will have kids of their own, perhaps. They will rear their children in the exact opposite way that I reared them, as much to make a point to me about my parenting as because they believe they're doing what's right. They'll use cloth diapers, and they'll only allow their kids to use their jetpacks if they carpool. Your kids will make sure their formula has extra trans fat in it, just to show you what they think of your two-year breast-feeding mission. Later, much later, when this doesn't matter as much to us, when we're on to things like crusading against plastic surgery (or considering it) or aging out of our jobs (or starting second acts), we will laugh at this together. We will understand that we took it too far, too seriously. We will know for sure that we all had the same goal, we were just so scared at the hugeness of our task. We will be so much more secure then, so much so that we will apologize for every time we spoke to each other with disrespect, for each time we actively refused to stand by each other's side.

Will it really take that long for you and me to be friends?

Taffy Brodesser-Akner has written for the New York Times, the Los Angeles Times, Self and the Daily Beast. She has also written for the parenting site Babble, but never with advice.