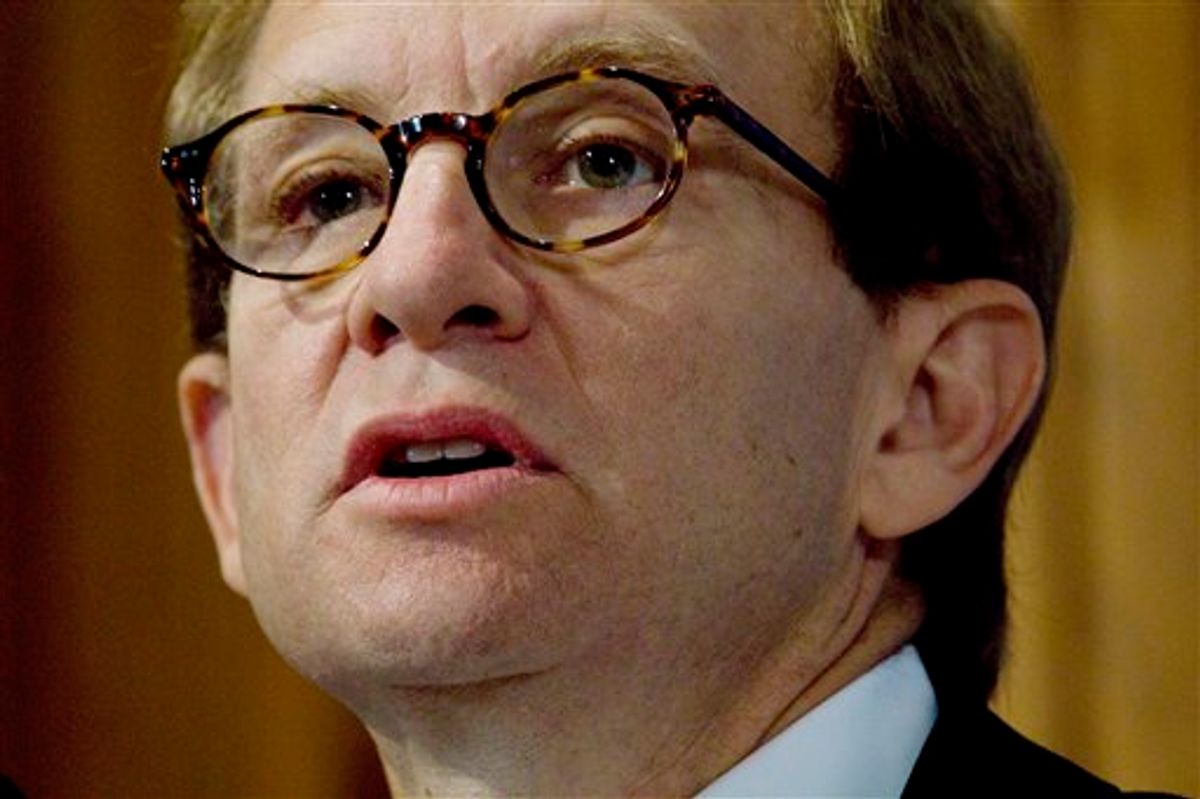 FILE - In this Oct. 21, 2009 file photo, Steven Rattner, former head of the Obama administration's task force on the auto industry, delivers the keynote address on the auto bailout at the National Press Club in Washington. A newspaper is reporting Thursday, Oct. 14, 2010,that the Securities and Exchange Commission could vote to settle a securities case with former Obama administration car czar Steven Rattner.(AP Photo/J. David Ake, file) (AP)
--

The complaint alleges (read it here) that Rattner "paid kickbacks in order to obtain $150 million in investments in Quadrangle [Rattner's private equity firm] from the New York State Common Retirement Fund." The activity in question occurred in 2004-5, well before Obama named Rattner car czar, a position from which he stepped down this summer.

Probably the juiciest section of the charges involves Rattner's alleged role in orchestrating a DVD distribution deal for the terrible movie "Chooch," which was produced by the brother of an official with the state retirement fund.

"Chooch" tells the tale of an Italian-American man from Queens who goes on an ill-fated vacation to Cancun after he costs his softball team a game against rival Hoboken. The Times concluded it was not "worth anyone's time."

Rattner, who denies the allegations against him, also agreed today to pay $6.2 million to settle similar charges with the SEC.

Somehow through all of this Rattner has remained a member of polite society, regularly commenting on economic matters on television (he was on CNBC this morning) and also going on a media tour to promote his book about the Obama Administration and the auto industry.

Here's the trailer for Chooch: